The R8 is back again, and Audi believes that its latest halo supercar is in every way better than its predecessor. However, the V8 is history now, which is replaced by a more compelling V10 motor. Can this be a more superb proposition than its stunning former?

o talk about the Audi R8 and not talk about how the previous one changed Audi’s fortune is a bit like going into McDonalds opting out Fries from your favourite set meal.

Audi’s rise in the past decade was a phenomenal one. From a brand that’s scarcely known by the public in Malaysia, widely regarded as a left field marque alongside the likes of Saab and Alfa Romeo. I remembered I was handed a 6% car loan interest rate when I bought my second hand Audi A4 B5.

I might be conned by the banker, but he has a strong enough excuse for me to accept it.

Inspired by Audi’s collaboration with Will Smith’s iRobot movie, the R8 was based heavily on the futuristic Audi Le Mans concept car - named after their obvious intentions. With styling that’s out of this world, the R8 received so much fanfare that Audi stunned the world in 2006 when they revealed the R8. With a profile that’s unlike any other sports car or super cars out there, the R8 carved itself a portfolio largely made up from Porsche Carrera customers who wanted something different.

And the original R8 is a revelation, a water-shed moment for Audi’s decade long reputation of making uninspiring road cars for track driving enthusiasts. As efficient as Quattro is at the race track diminishing milliseconds with absolute grip, enthusiasts wanted rear biased, neutral, lively chassis sports car, and the R8 delivers that with absolute finesse. The cream on top of all that, is the beautiful 4.2 V8 that revs to 8,000rpm without a sweat. High-revving, big naturally aspirated engines are hard to come by now, and Audi, the first premium car maker to down-size their engines, the first to focus on direct injection turbocharged four cylinder engines - which has become the industry standard now - remained the only one that makes high revving big naturally aspirated engines amongst its German peers.

While we all know the R8’s affect on its everyday road cars, the massive technology transfer, the family styling, the LED DRLs that has become a much copied styling exercise from Geely’s to Mercedes’. Audi transformed the luxury segment ten years ago, and all of it wouldn’t have been possible without the original R8. '...the R8 carved itself a portfolio largely made up from Porsche Carrera customers who wanted something different'

Fast forward ten years, I’m now standing in Ingolstadt’s Audi race track, witnessing a couple of Joint Strike Fighters practising in the skies, and a mysterious black Audi prototype covered in camouflage bullet training the circuit with absolute resounding show of performance, and that sensation of secrecy when we’re told to not photograph it - you know you’re privileged enough when you have the opportunity to go to a place where you’re sternly told what not to do - you feel special.

And we’re here to drive the new Audi R8 V10, not just the regular 5.2 V10, but the ‘Plus’. Given that its Audi, a brand that’s very generous with horsepower, whenever there’s another denomination behind the original nomenclature, you’d know its not a modest increase in performance. The V10 Plus won’t disappoint. Instead of the everyday sports car challenger to the Porsche Carrera like when it was originally conceived, the R8 is now a full fledge supercar that’s faster than the Porsche 911 Turbo S - without the aide of any forced induction - the 5.2 V10 produces 610 horsepower, an unbelievable amount of punch for an engine its size.

During Evo’s track battle, the R8 V10 Plus beat the 911 Turbo S convincingly - a result we still find unbelievable given the odds. So yeah, from a car merely challenging Porsche’s entry level entrée, to one that beats their top of the range, the R8 is no boulevard cruise mobile, it’s as hard core as it gets.

Of course many would say that under the skin, the new R8 V10 Plus is, in essence, a Lamborghini Huracán. Platform, engine, transmission all in. It might seem like a double edge sword thing whereby the R8’s brilliance might have been sidelined by the fact that it’s basically a cheaper version of the Huracán, and that it was made merely for amortisation purposes to share off the costs of developing the Huracán. Kid you not though, its more a case of the Lamborghini Huracán being very well engineered by Audi instead. Because the platform has been designed for the second generation R8 at the very first place, hence Lamborghini won’t be able to tick too many wish lists as that platform was designed to cater for the R8, and given that the engine and transmission originates from Audi as well, you can very well argue that the Huracán borrowed its talents from Audi, and allowed a two year head start. Of course Audi sells another slower, slightly cheaper 552hp regular’ R8 V10. And of course, Lamborghini offers a RWD version of the Huracán LP560-2 for purists.

As I stepped into the amazingly minimalistic and shiny facility, it’s not hard to wonder why Audi’s interior fit and finish is regarded as the best of the best in the business. Even their building facilities, doors, windows, carpet mats - you can’t find scruffy door edges, even the slightest, or worn off panels, or curled up edges of carpet mats, or slight dusts on decorative items. The entire place is immaculate. And you know it’s a form of mentality and culture, its just the way the Germans do things. And there’s no ‘trying’ they seemed to be prepared for all circumstances. Germans don’t have ideological pursue, they’re pragmatic - and it shows when we’re told that to drive on the track one must have a helmet. I knew I’m somewhat in trouble as I’ve never managed to squeeze my unusually large cranium into any helmet. After trying L, XL and XXL, they present me with a form, and I felt like Django Unchained that very moment after filling in the indemnity form. Awesome.

Trust me, when all your pals are in spandex burqas and a heavy tin can with visor over their head, and you’re the only one with the wind blowing through your hair, everything feels slow motion as you walk towards your - ahem - Audi Aar Eight Vee Ten Plus. You feel fabulous.

The R8 comes with a palette of interesting colour choices. If you didn’t notice, most premium brands use sophisticated colours, space grey blue, dark bronze black, or even if they want loud colours, it’s always some interesting colours like lava orange or poison neon green. Audi on the other hand, went primal - Red, Blue, Yellow. It’s definitely sharp on photos, brilliant even. What it makes for a lack in first impression sophistication, it makes up for a character filled with unadulterated brashness.

As I walk towards the car I picked, visions of my first encounter with the first generation 5.2 V10 in Sepang roughly six years ago reappeared. The sensation still feels fresh, the immensity of the single clutch Lamborghini transmission that delivers a bang and a punch to my back as it shifts relentlessly. The sound of the engine, the tyre squeals, the excitement - it’s very intoxicating.

Everything looks familiar, to a non Audi enthusiast, and it’s very likely they won’t be able to differentiate the new R8. Maybe Audi didn’t wanted to deviate away from its familiar styling, or Audi wants to pull a Porsche by maintaining the same wedge and key design elements, I’ll never know. But it looks much better in person than picture. Is it prettier than the first generation, definitely not, is it more striking, yes.

Like always, Audi has never ceased to disappoint when it comes to interiors. The all digital virtual cockpit and the overall design that’s so futuristic makes this suitable for iRobot II even. The futuristic cabin, though, it juxtaposes with its rather ‘primitive’ engine. In a world where everyone including Audi itself is a proponent for downsizing, turbocharged engines, the R8 stood defiantly unique. 'The sound of the engine, the tyre squeals, the excitement - it’s very intoxicating'

Enough of thoughts, I stomped the throttle. And goodness gracious it travels faster than stink.

I swear to you, Audi must have secretly hidden two turbochargers in the engine bay, all of us said so, because it doesn’t feel naturally aspirated, the very moment I floored the throttle, it makes a very quick linear acceleration and once it hit second gear, the car just lunges forward in such a savage manner that I swear there must be some shamanistic act enabling it to do so. And like all modern turbocharged engines, there wasn’t a moment within its operable rev range that the car feels out of torque, beyond first gear, in any gear, there’s a surge of power that overwhelms the entire experience. No doubt about it, the R8 V10 Plus is fast, very fast. Fitted with carbon ceramics, there’s very little doubt with the way it shaves off speed. Aside from the way its ABS operates in a less than progressive method, I have very little to complain about the V10 Plus.

But make no mistakes here, even though the V10 Plus is fitted with go faster bits everywhere, and its engine pushing out a massive 610hp, it is no track-prepped machinery. Don’t get me wrong, its hardware is every bit equipped to take on any race tracks, but its the demeanour with which it does it that reveal Audi’s intention with it. It is a much faster Audi R8, but it is no 675LT or 911 GT3RS. It’s not specifically made to crush track times. There’s no lightweight glasshouse, no carbon fibre fenders or roll cage for that matter. The cabin is very much comfort oriented, basically Alcantara trimmed everywhere, leather wrapped in everything. It’s a high speed touring super machine that has the talents to take on any track day, but not one with a singular approach towards track day only. Communication from the front end and the steering isn’t as crisp sharp as the 675LT (very few cars were), and thus it’s not easy to judge the car’s extremities for a non-pro, regular owner.

Is that a bad thing? No, as it’s made to take on the 911 Turbo S, it does give the Porsche a good run - albeit with a high revving, sweet sounding, heart pounding naturally aspirated engine.  Towards the end of the day, it’s a supercar that you know you can drive everyday, plunder every kilometre of tarmac with ease, and staying comfortable throughout. It’s the equivalent of the handsome male model dressed in wall street Armani suits but one that’s okay to join every marathon run, a mountain climbing stint, some weekend football matches, even a beach volleyball session or two, but not one who’s obsessed with 45km iron man challenges.

It’s as much the modern supercar as it is the crisp, successful top rolling and high-flying gentleman. 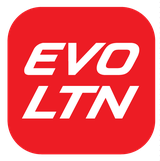