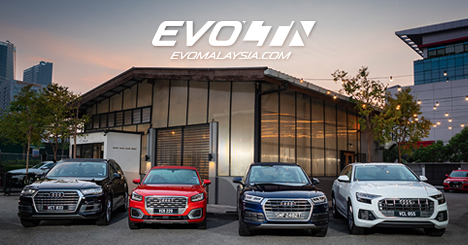 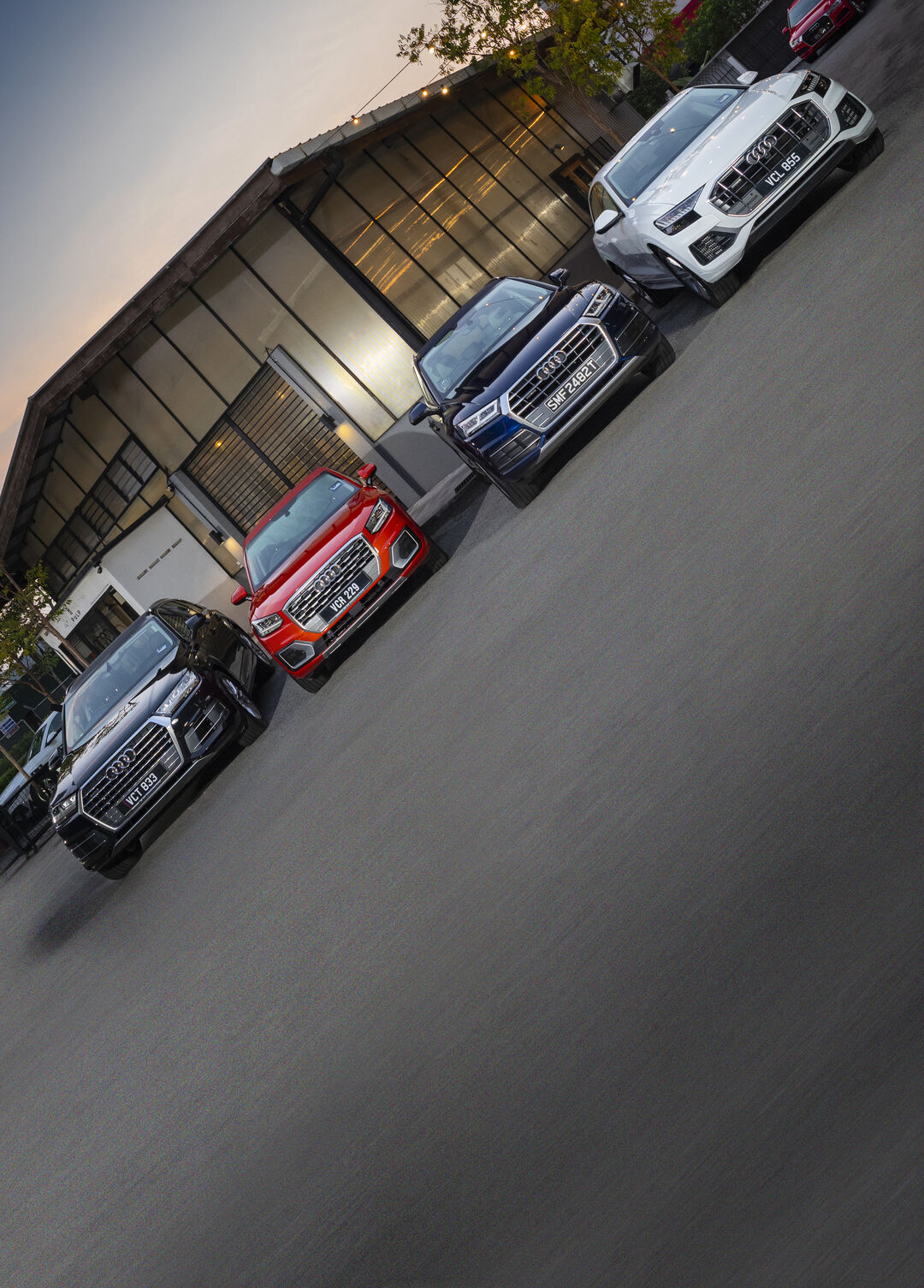 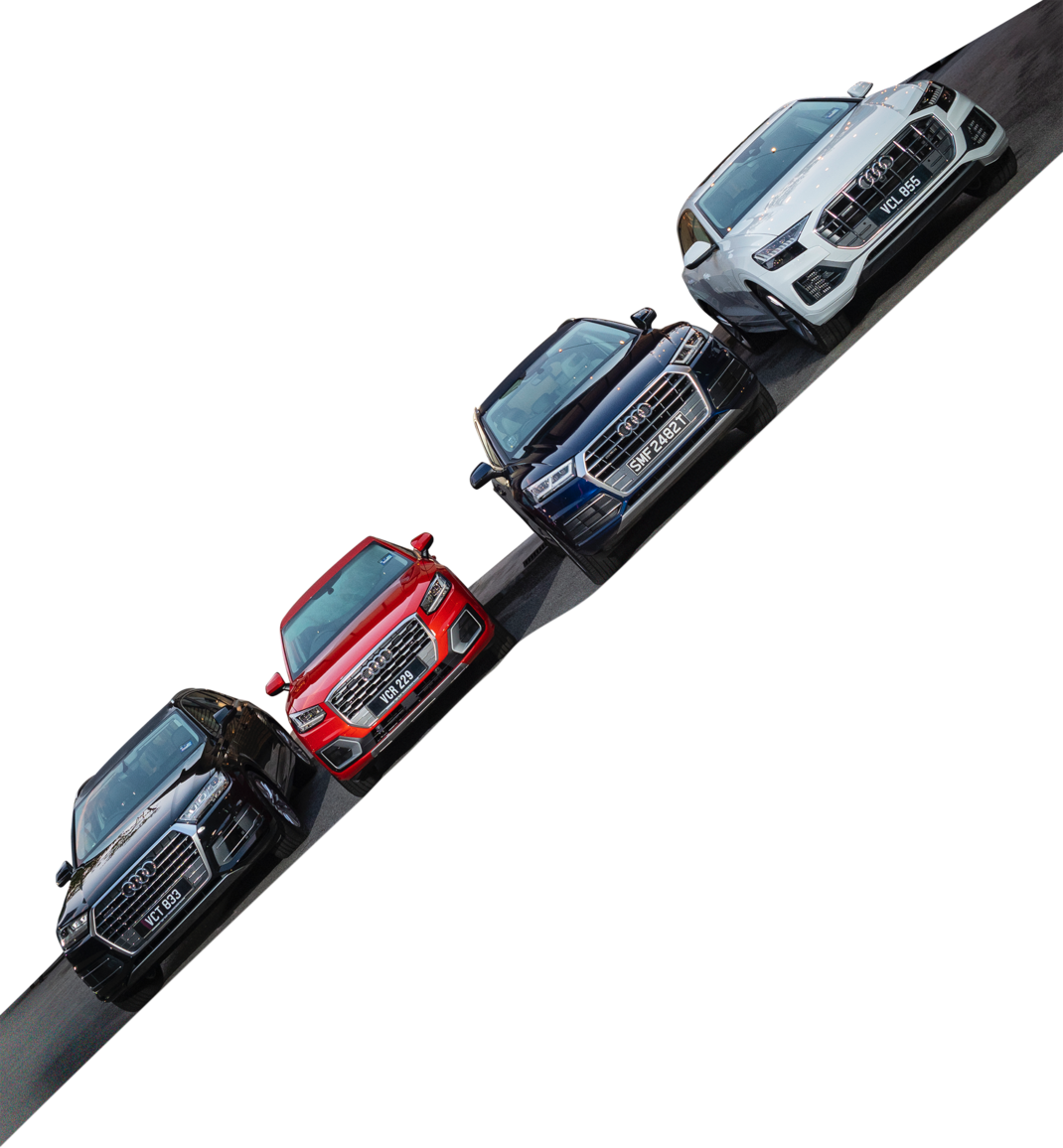 As a much-loved brand, Audi has seen a couple of false dawns in Malaysia. Can a renewed range of premium SUVs give the brand a much-needed jolt?

Mention Audi, and the iconic image of the legendary ur-Quattro blasting its way through mud-stricken rally courses come to mind, its all-conquering all-wheel drive system resolutely pulling the car to victory after victory.

Yet, ironic as it may sound for a company built on the reputation of its all-wheel drive systems, Audi does not have the kind of traction enjoyed by Mercedes-Benz and BMW in the Malaysian market despite standing toe-to-toe with these giants on a global scale.

Custody of the brand in Malaysia has went through several changes of hands, the latest transition seeing the shots being called from down south, directly from the regional office in Singapore, and now with a renewed effort to re-establish the brand as a force to be reckoned with in the premium segment.

The objective is not to chase down Mercedes and BMW’s volume, but simply to carve a niche from which the brand can cultivate a respectable following with a new range of competitive products. 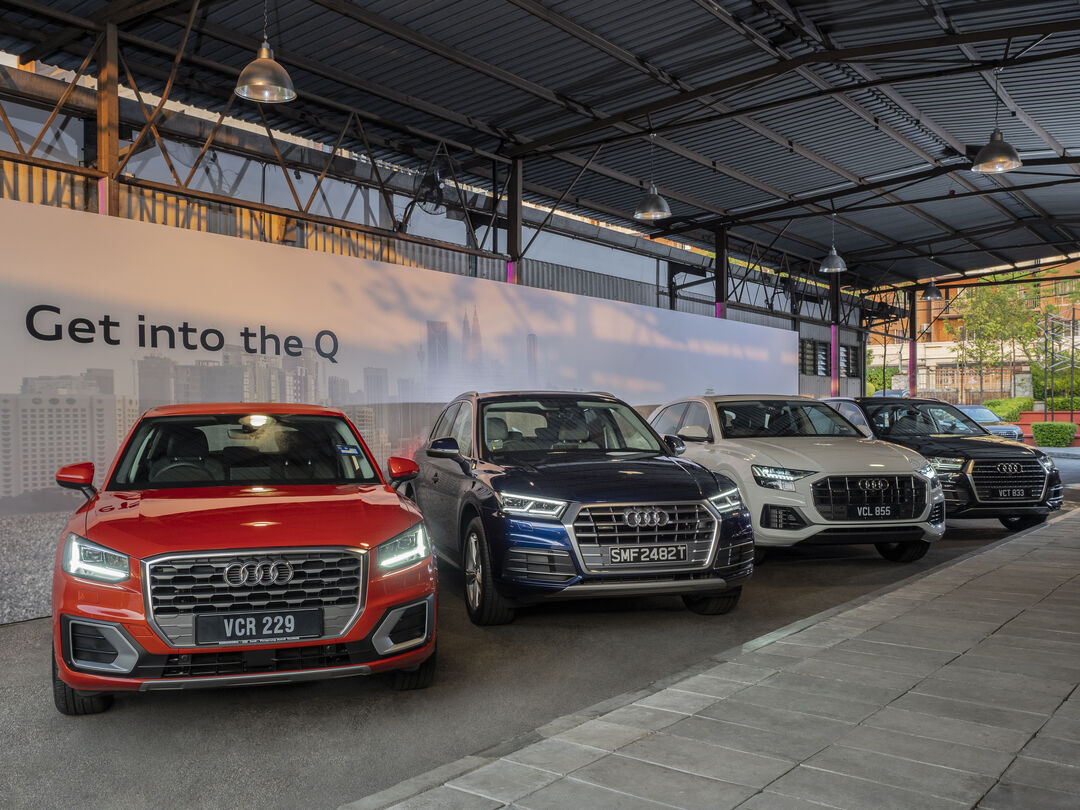 Ingolstadt’s latest chapter in Malaysia is being ignited with the simultaneous launch of three new models and, appropriately in keeping with current market trends, all are SUVs. Alongside the existing Q7, the Audi SUV model portfolio now offers a selection of four models for the Malaysian buying public to choose from.

Sporting a youthful styling and packed with state-of-the-art technology, the Audi Q2 is the all-rounder. The Audi Q2 is an urban-type vehicle for everyday driving and recreation, bundling a progressive design with a high level of functionality.

Funky styling. Feels like a Volkswagen, for better and for worse. Cabin feels solid, though hardly premium, but amazingly fun to drive with a combination of tight handling and an engine that punches well above its weight. Impressively quiet on the move too, you don’t hear any rustling from the A-pillar, which is rare for SUVs of any size. Competitive pricing should see plenty of takers. 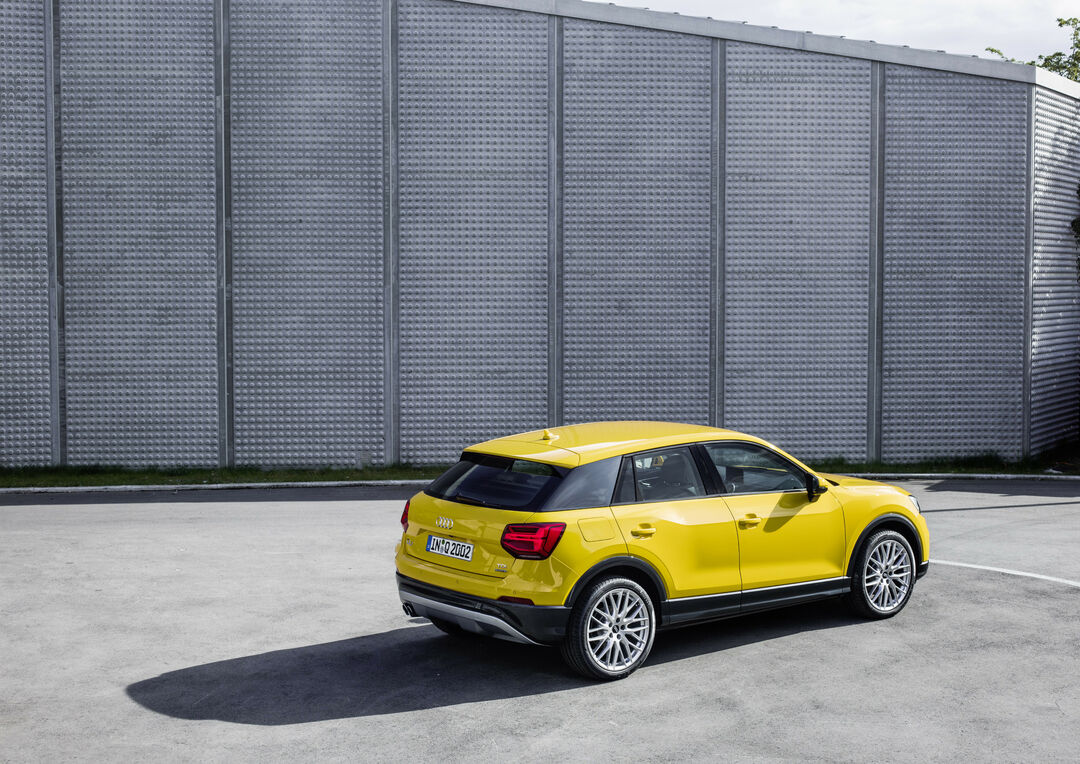 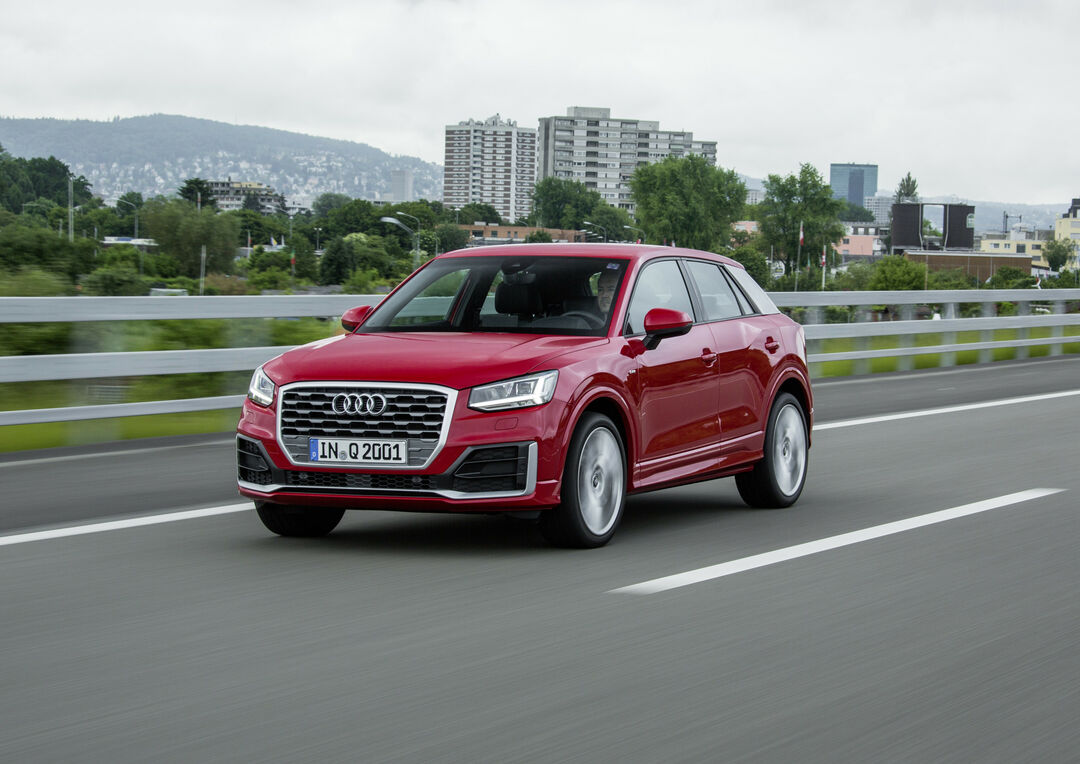 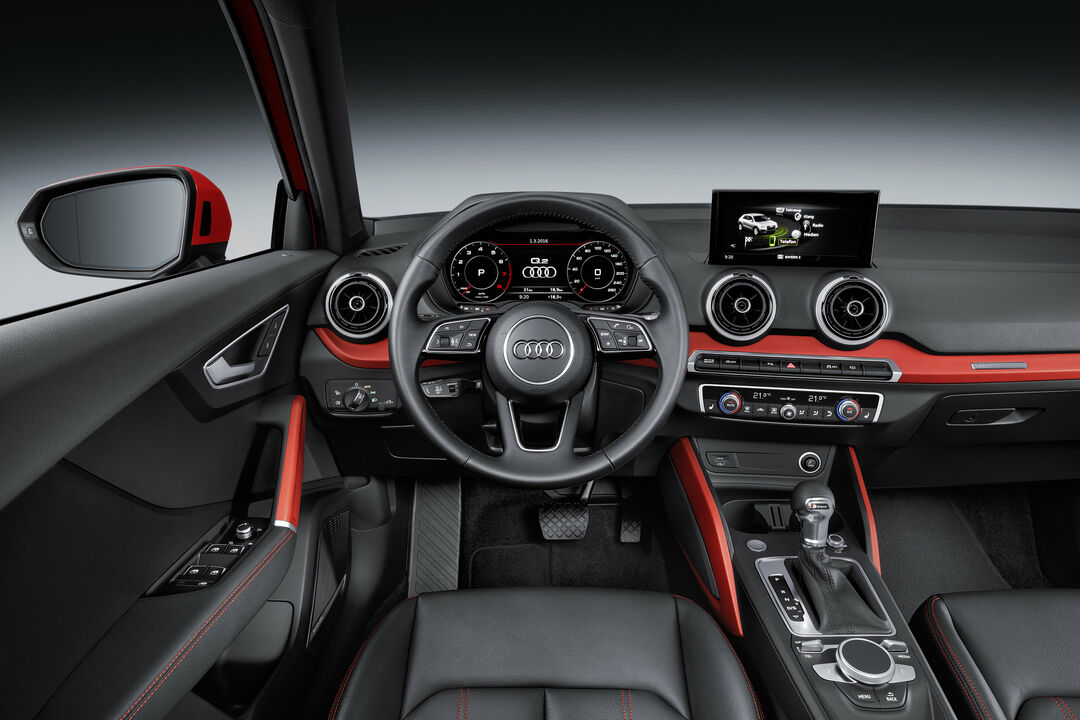 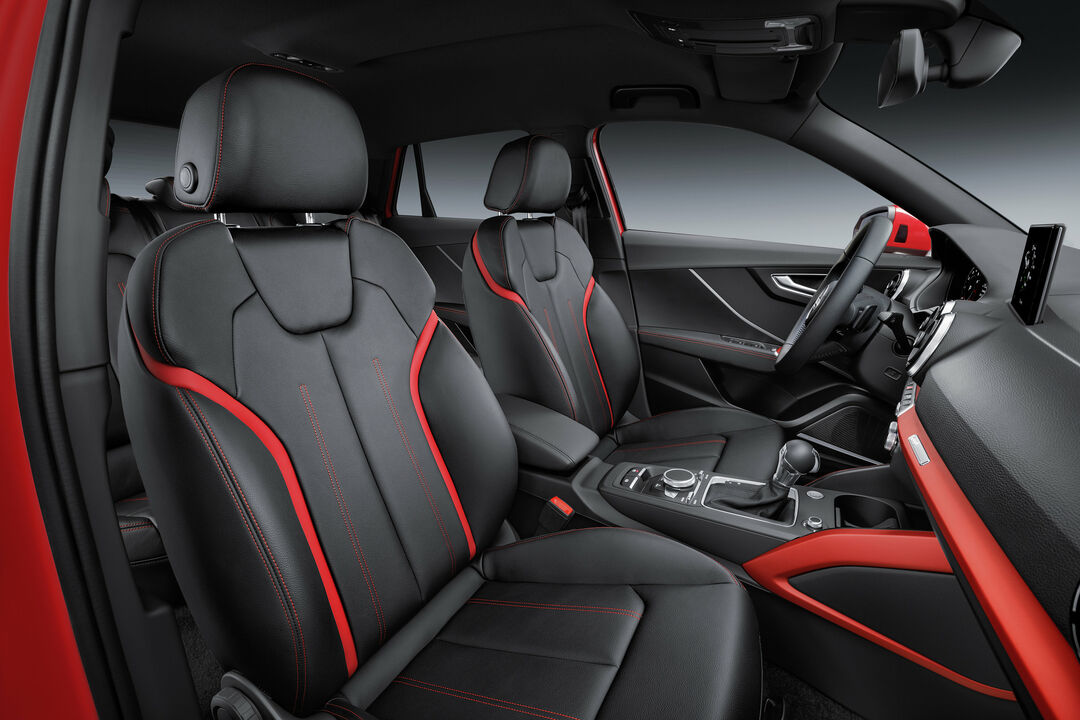 Made even more powerful and flexible, the all-new Audi Q5 is the benchmark premium SUV that strikes the ideal balance of sportiness, sophistication and progressiveness.

It’s an all-new Q5, but could have fooled us. Looks barely changed from the old one, but can’t blame Audi, as the original was a best-seller. Sitting on an all-new platform, the 2nd gen Q5 has grown bigger in all dimensions, yet has shaved up to 90kg from its predecessor’s weight. In keeping with the segment’s flavour, dynamics feel sporty, but ride feels a little unsettled over undulating highways. 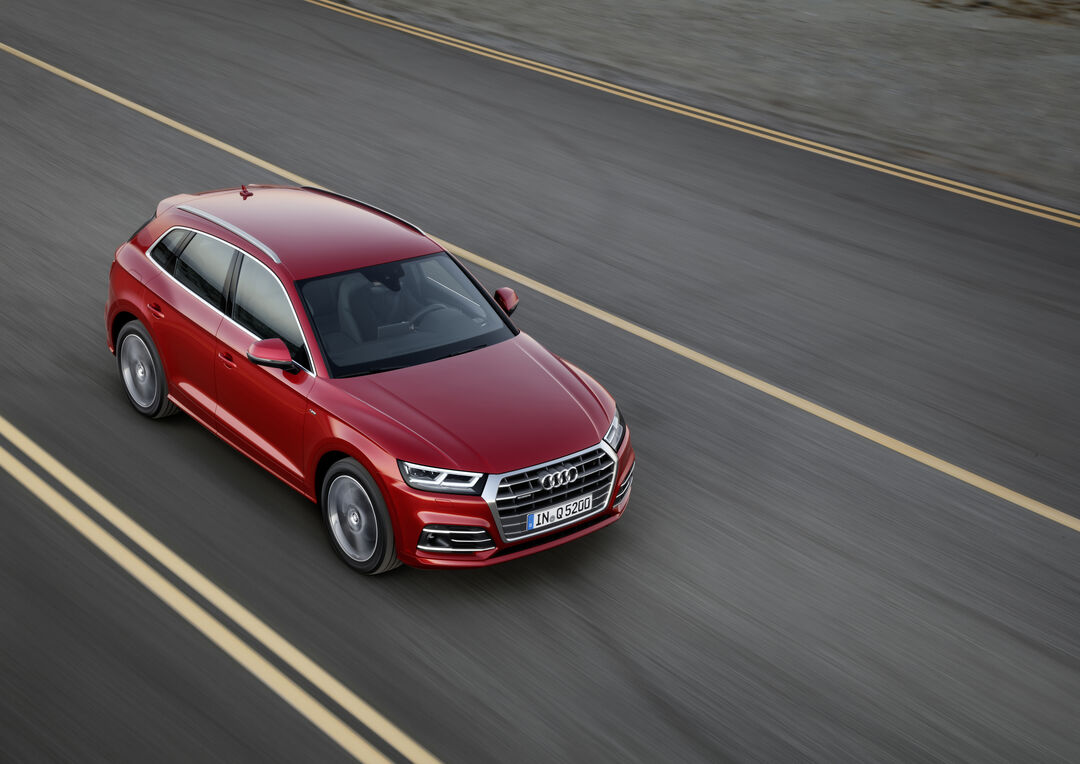 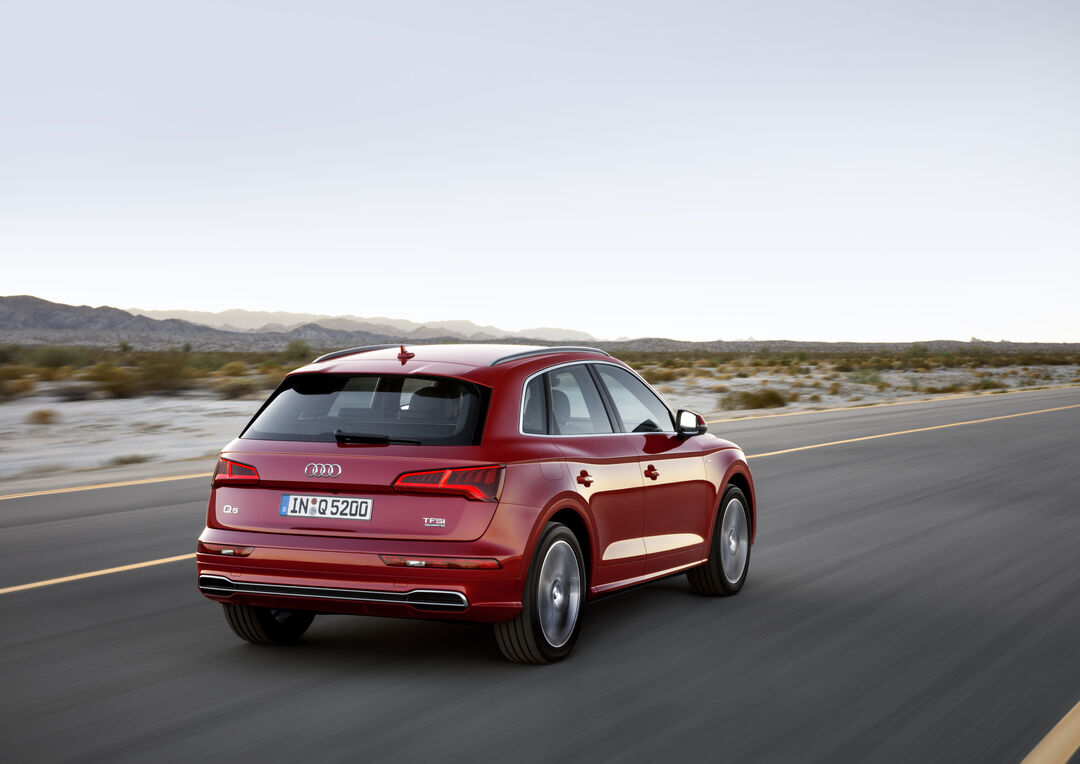 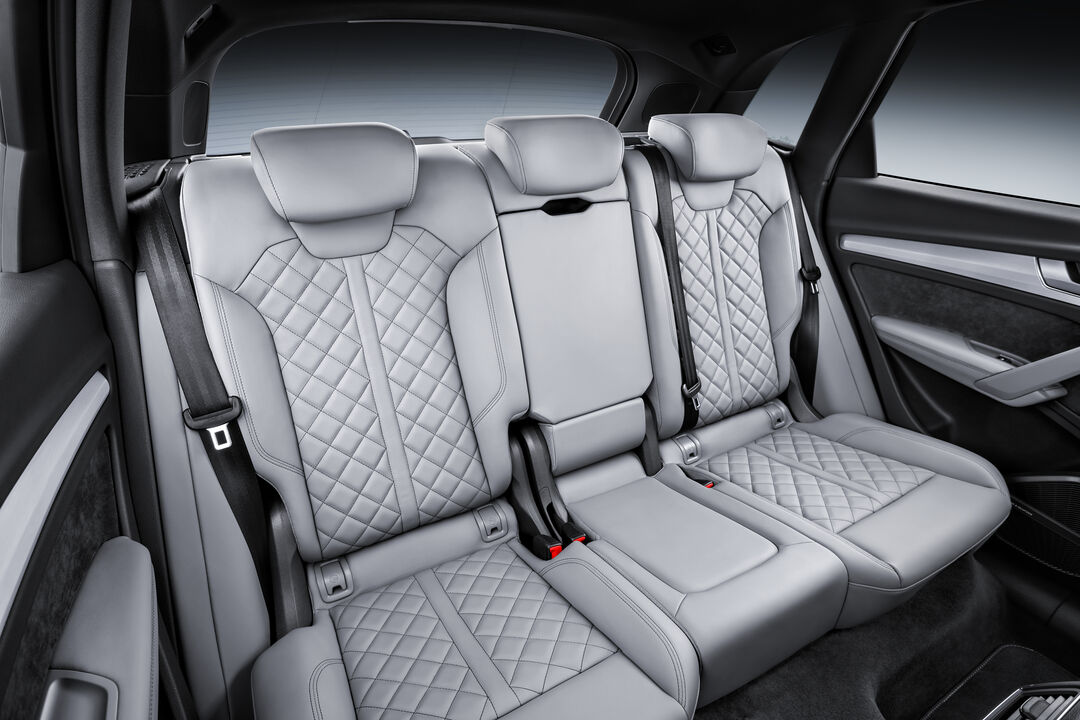 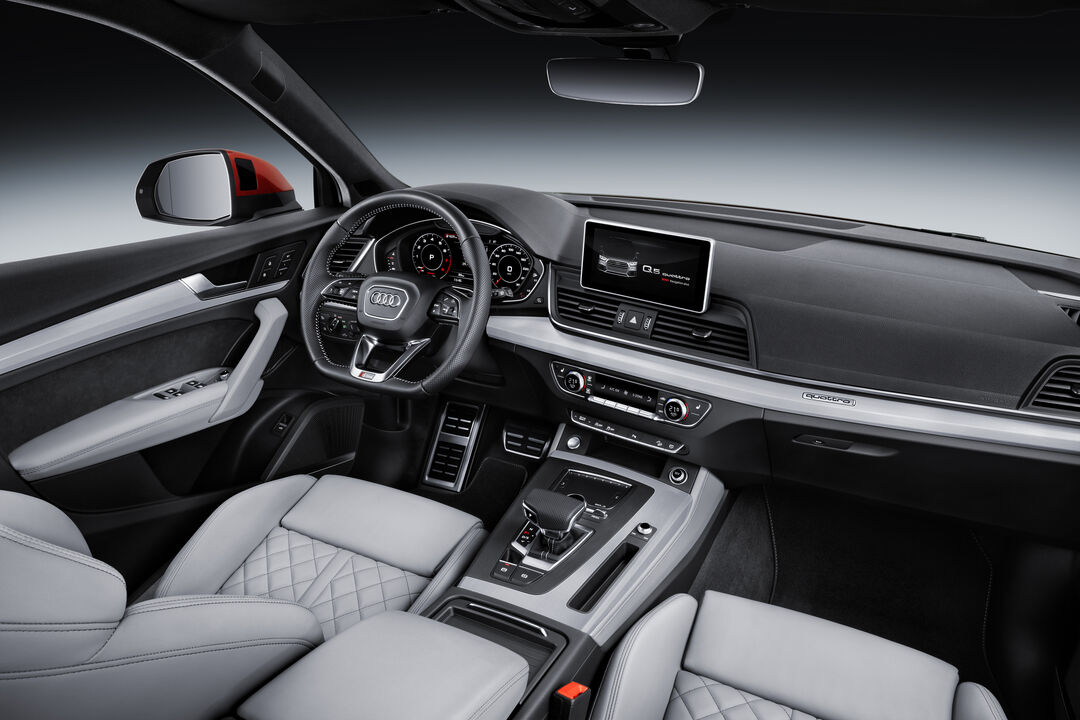 A statement of Audi’s high-tech competence, the Q7 is the most efficient and lightweight car in its class. Its innovative assistance and infotainment systems take the large SUV to the front of the pack. Its new engines consume less fuel than the previous model while delivering more performance 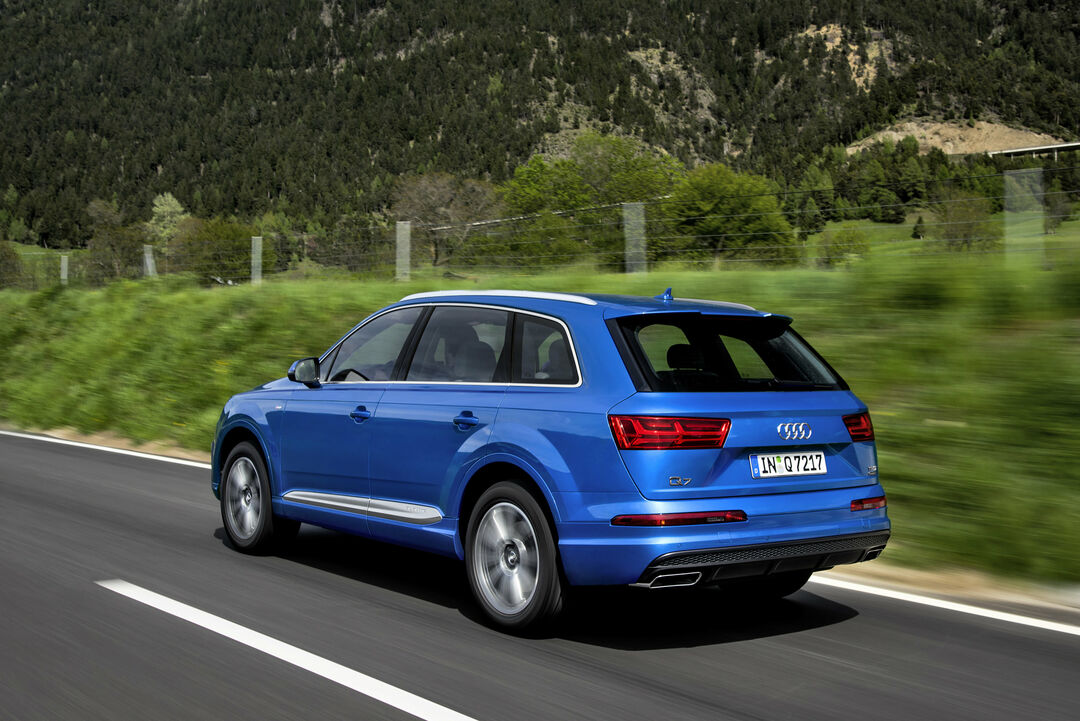 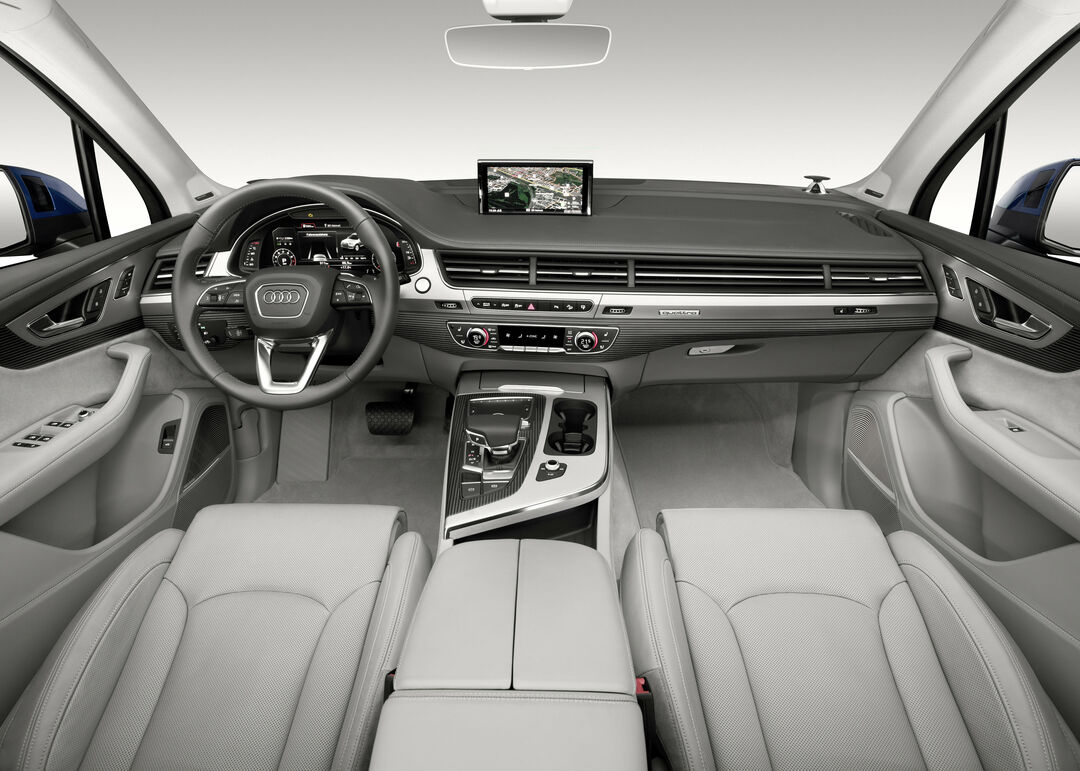 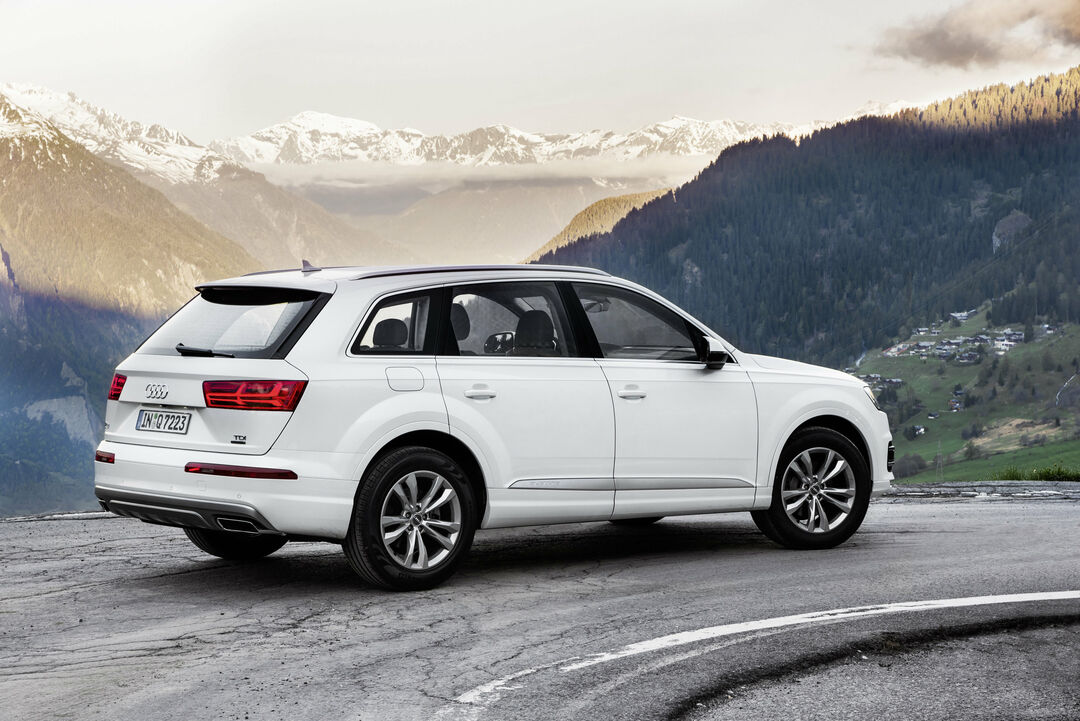 An unassuming but highly polished product, the Q7 is a pleasing car to live with. Its size and bulk is not conducive to backroad hustling, but the chassis is surprisingly game for a bout of fun if you care to so indulge. This is a car best enjoyed on the highways, however, where its comfort reigns supreme and the effortless power delivery of its 3.0-litre supercharged V6 offers a very healthy dose of usable performance. Difficult to make a case for it, however, as the Volvo XC90 T8, admittedly with the help of tax incentives, offer you so much more, for so much less.

The new face of the Q family brings together the best of both worlds – the elegance of a four-door luxury coupé and the practical talents of a large SUV. The generously dimensioned interior with variable luggage compartment, state-of-the-art operating and suspension technologies as well as intelligent assistance systems make the Audi Q8 a composed companion for business and leisure.

Bold and stylish, the Q8 is a fitting new flagship for Audi. It commands is six-figure premium over the more practical Q7 not just on looks, but also on the count of its seemingly higher standard of finish and materials both inside and out. Rear seats offer forward/backward adjustment, and the legroom it frees up is enormous. The car does feel its size in tight spaces, but in typical Audi fashion, impresses as a no-nonsense effortless highway cruiser. 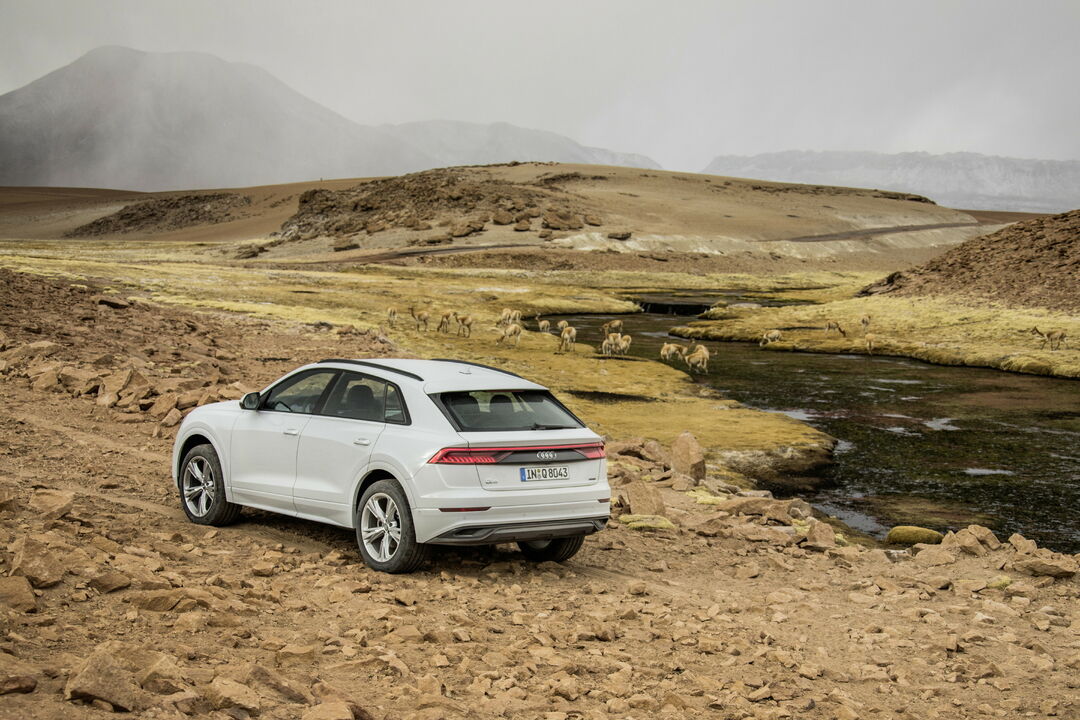 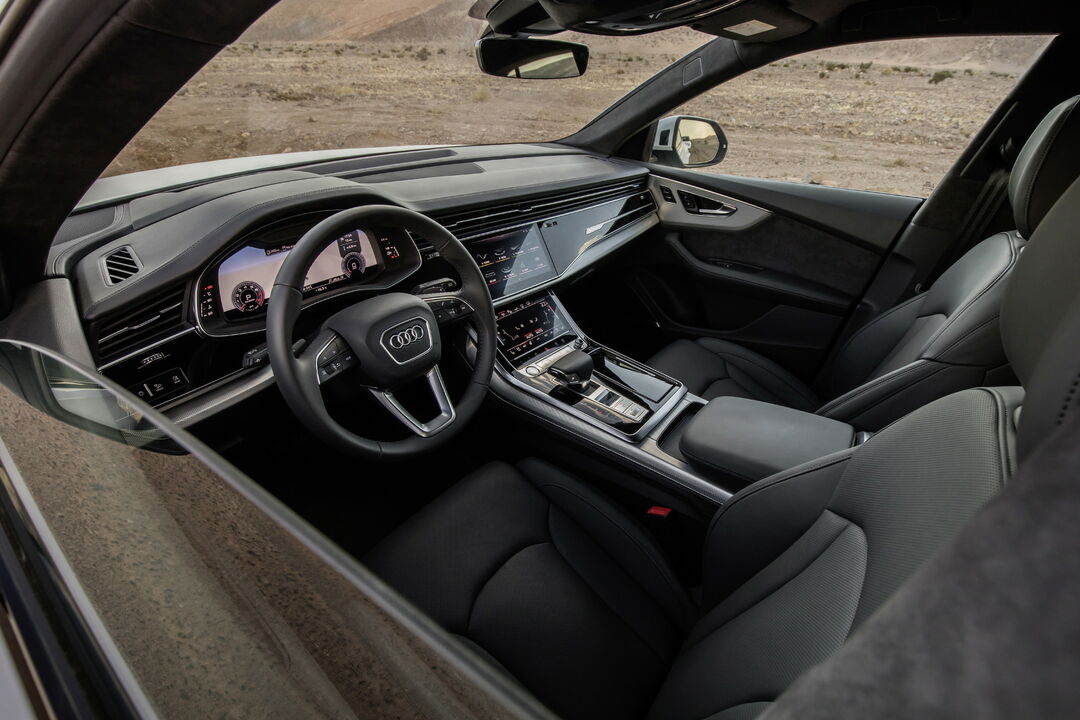 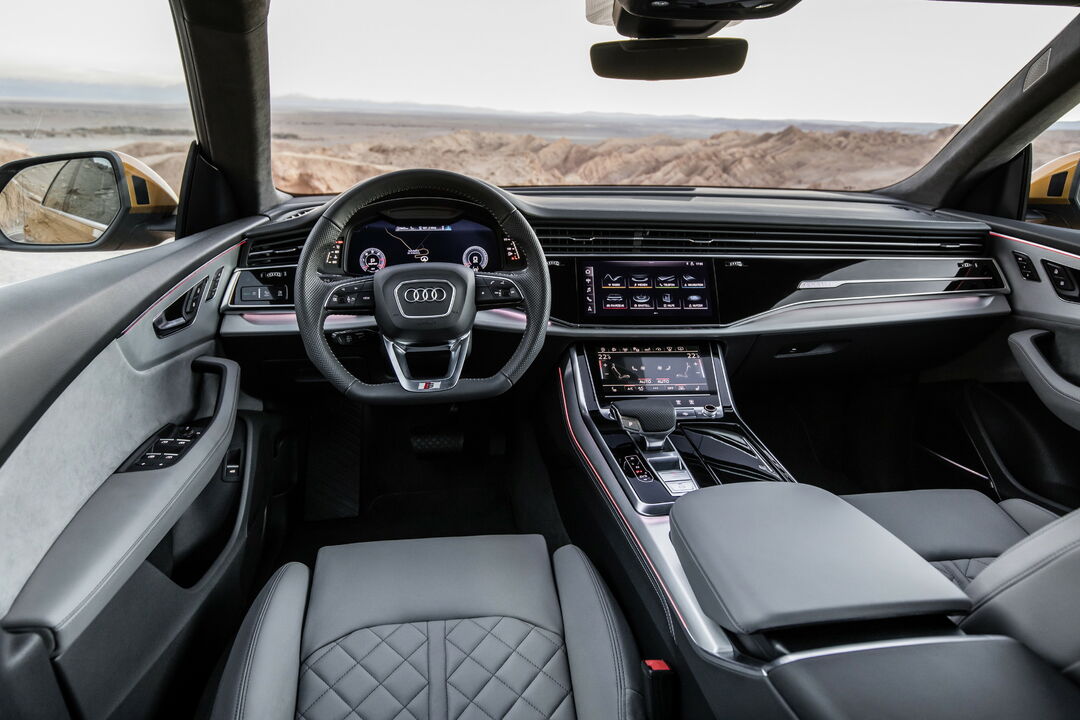 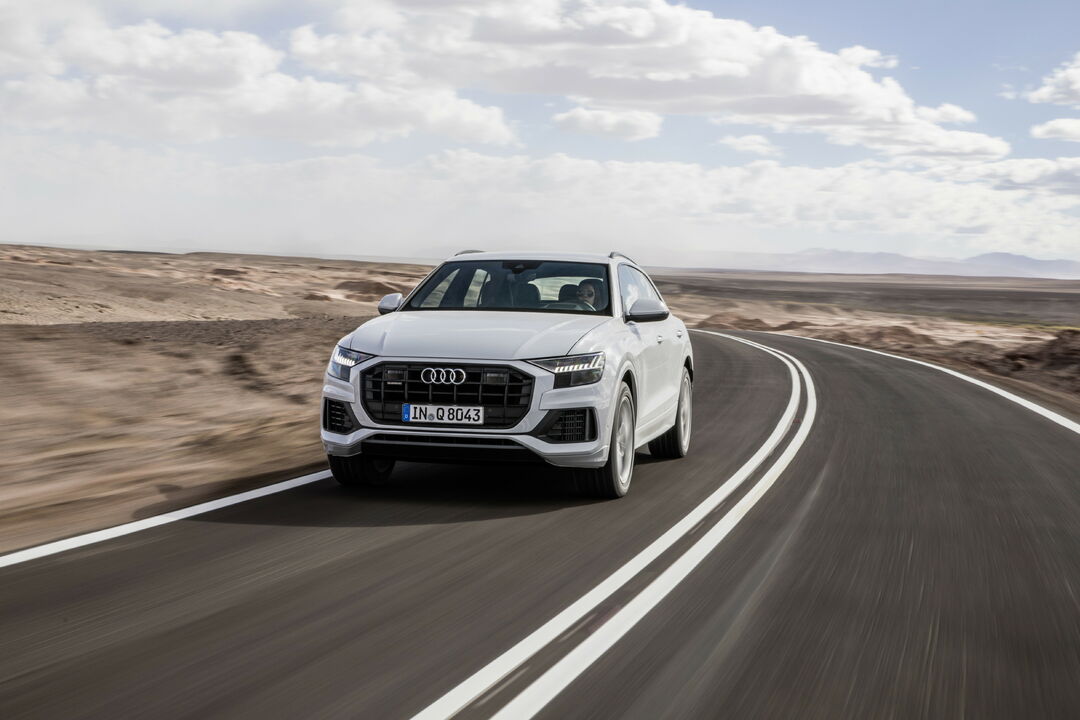