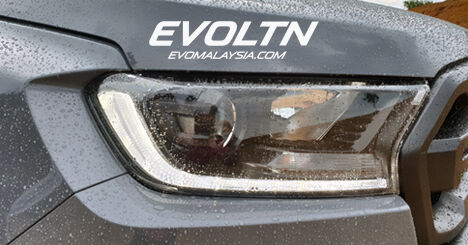 Since the Courier of the 1990s, Ford has habitually raised the bar for pick-ups. The latest Ranger shows that the Blue Oval continues to possess that magic touch.

Predictably, the Ranger won that mega-comparo. It was far and away, the best-looking, best-equipped, as well as being more comfortable and refined than everybody else. It still felt tough as nails, but big strides were made to improve its road manners and technology that make it almost as comfortable as a car on the move.

The icing on the cake came in the form of Ford’s 2.2-litre diesel engine that matched the 2.5-litre mills of the competition for half the annual road tax. In every aspect, the Ranger was a breakthrough product.

Much has happened since that issue of LLD had hit the stands. The competition has toughened. Every pick-up truck featured in shoot-out has been replaced with all-new models, each of them significantly improved from before.

Words and Pictures by Kon 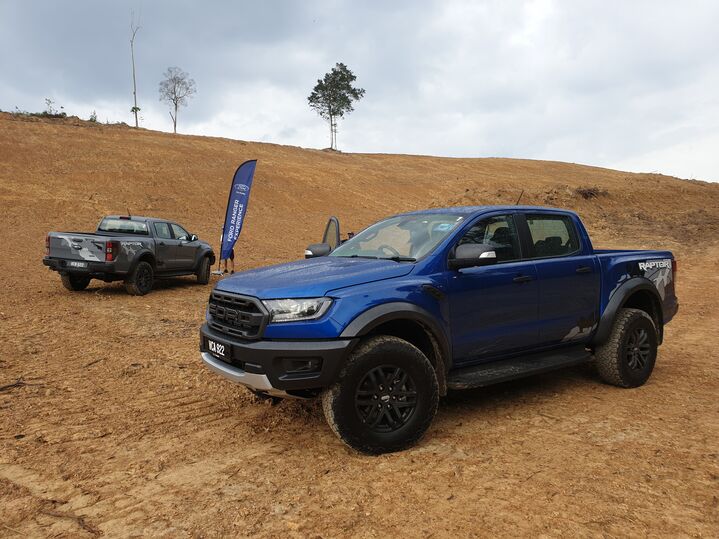 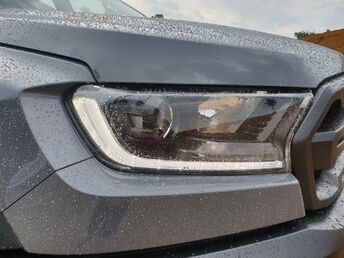 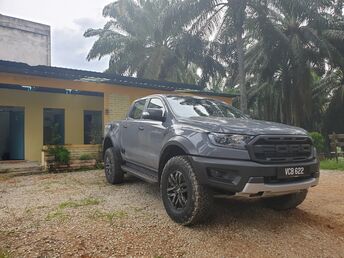 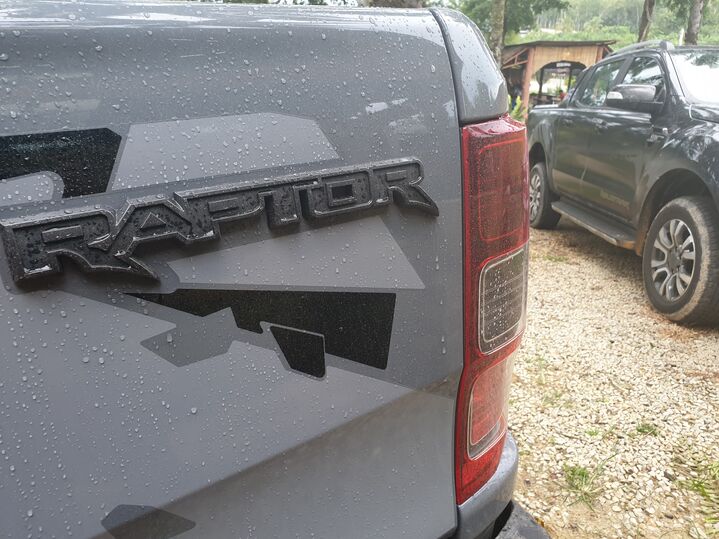 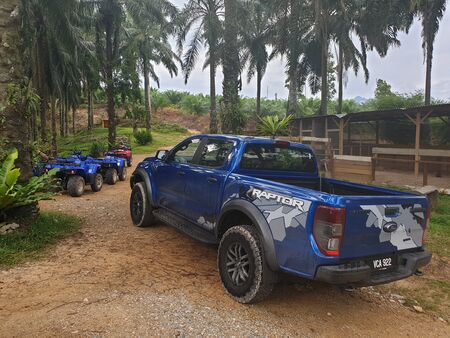 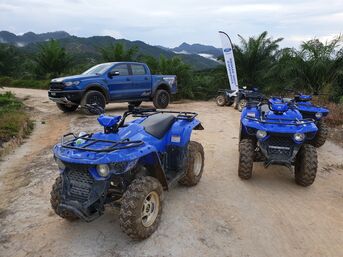 The Ranger T6 in 2011 was a quantum leap in pick-up trucks, and in a bid to stay ahead of its rivals, Ford shortened the Ranger’s model life-cycle to match passenger car timeframes. A facelift, and one with major updates at that – completely re-styled front end, new dashboard, new electric power steering, and autonomous emergency braking – was introduced in 2015, just four years after its launch.

Not content with that, Ford now further ups the ante with yet another refresh. The big news this time is the new Panther engine, the first 2.0-litre powerplant in the segment. Available in two configurations, it is now the Ranger’s mainstay engine, retiring the old 3.2-litre five-cylinder and consigning the 2.2 to light duty in the lower variants.

And we’re not even done yet. For Ford is also unleashing upon us the Ranger Raptor, a fully tricked out monster complete with flared out fenders and major chassis upgrades. This is more than a mere bodykit special of the regular Ranger; with the Raptor, you get revised ratios of its 10-speed automatic transmission along with a fully redesigned suspension.

The revised underpinnings, which include coil springs at the rear and Fox Racing shock absorbers all round, perches the Raptor taller than the regular Ranger and spreads its wheels further apart to give it wider tracks. All-terrain tyres are standard and, did we mention that the rear wheels are now clamped by disc brakes instead of drums like everyone else? 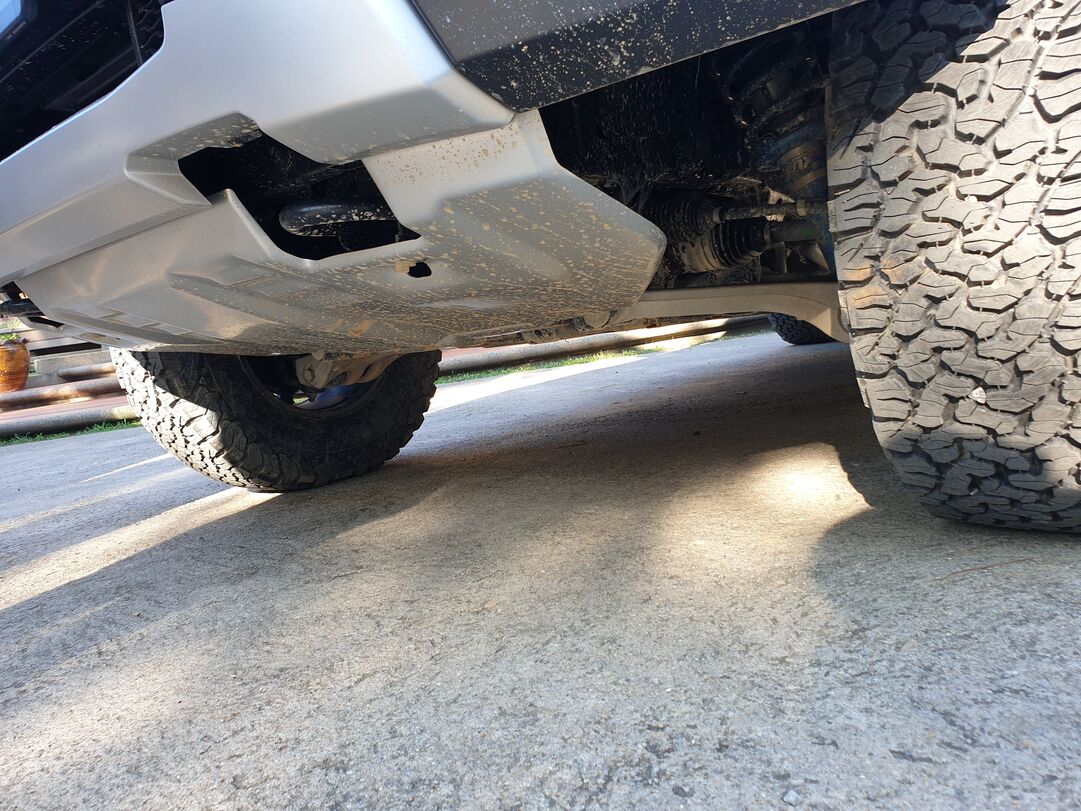 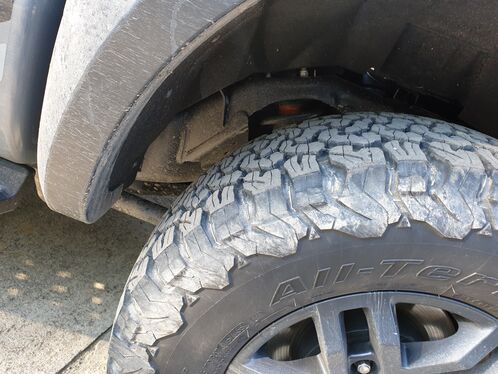 Fanciful hardware indeed and the result is a truck that drives quite unlike anything else of similar form factor that I’ve tried. It manages to be supremely comfortable and at the same time grip the road tenaciously at highway speeds. It loses out ever so slightly to the Mitsubishi Triton on comfort, but on every other aspect you can bother to evaluate on-road, the Raptor sets new standards.

Just as the old Courier opened the pick-up truck segment to private buyers, and the 2011 Ranger T6 set new segment standards of refinement, the updated Ranger line-up raises the bar even further. The Raptor, in particular, not only redefines benchmarks, but might have legitimately pushed pick-ups into the premium segment.

An estimated price tag of RM200K (as we click the publish button) for is far above even the costliest Wildtrak variant and well above what anybody in our country has ever paid for a pick-up truck, but the Raptor earns that money. Think of the Raptor as an M3 of the regular Ranger, and you’ll see my point.

The Raptor’s sales performance will be closely-watched across the industry. Several years ago, Volkswagen toyed with the idea of bringing the Amarok to Malaysia but aborted the decision because they could not price it to match the competition. Mercedes-Benz, too, has refrained from committing to launching the X-Class here.

If the Raptor turns out to be a success, it may prove that luxury pick-ups indeed have a place in our market; and once again, it would have been Ford that paved the way for the industry.

A common criticism against new age small turbo engines is that despite their undoubted performance, they never quite match up to big capacity mills when it comes to refinement. On the new Panther mill, we’d say the old 3.2 is still smoother, but it’s not as far off as I was expecting. It’s definitely more refined than the 2.2, I’ll say as much. 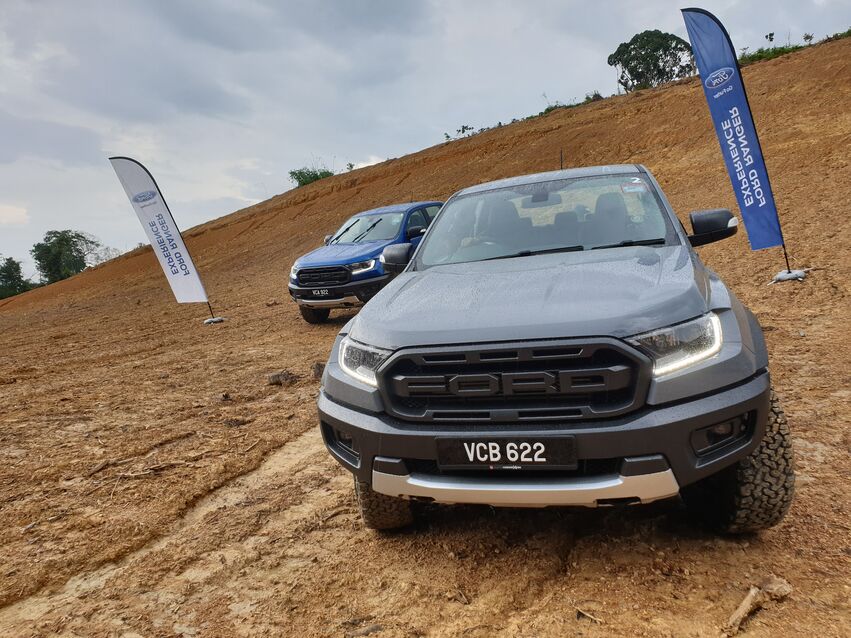 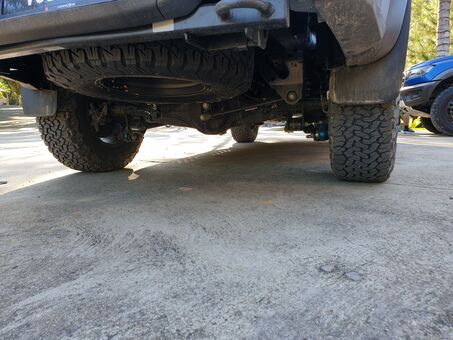 Indeed, it can be argued that amongst the current crop of pick-up trucks, all of which have become highly refined and accomplished machines, it was the Ford Ranger that paved the way for this segment of vehicles to successfully transition from no-nonsense workhorse to viable private vehicle ownership propositions.

Beginning with the Courier in the late 1990s, Ford was the first company to market the pick-up truck to private owners, and when the first Ranger began selling like hotcakes, other car makers joined in, and we now have the likes of the Hilux, Navara, Triton, D-Max, and BT-50 to choose from.

You have a choice between having the engine boosted by a single or a pair of turbochargers; either way, you’re looking at a performance upgrade from the preceding powertrains. The lone snail ups the 2.0-litre four-pot to 180 PS and 420 Nm, whilst the twin blower solution pushes out 213 PS and 500 Nm. If you must compare, the old 2.2 made 160 PS in its highest tune, whilst the 3.2 gave you 200. No replacement for displacement, they say?

Well, we will miss the purring smoothness of the old 3.2 five-pot, but the new line-up spearheaded by the 2.0-litre engine is masterstroke in widening the Ranger’s appeal. Fancy a stylish pick-up without the intent to take it offroad? Here comes the Wildtrak 4x2. Want a pick-up with the safety of a premium car? The Wildtrak 4x4 gives you auto braking, active cruise control, and parking assist.

It was a lifetime ago. I was a relative junior in the industry, Bobby was still struggling with his start-up, and Beng was probably at the age when she donned a bright blue pinafore five days a week.

It was also a time when Bobby’s team lacked manpower and my bank account lacked dollars. So when his call came in for me to help pitch in a story for a few hundred bucks, I was hardly inclined to say no.

The story I was asked to write at the time was a massive pick-up shootout that he planned for Live Life Drive. At the time, Ford had just launched the Ranger T6, and everybody wanted to know how it fared against the competition.