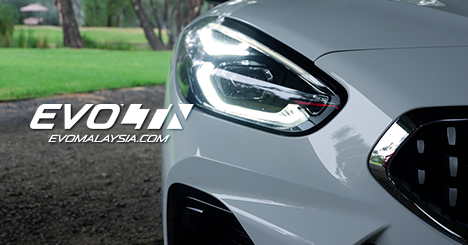 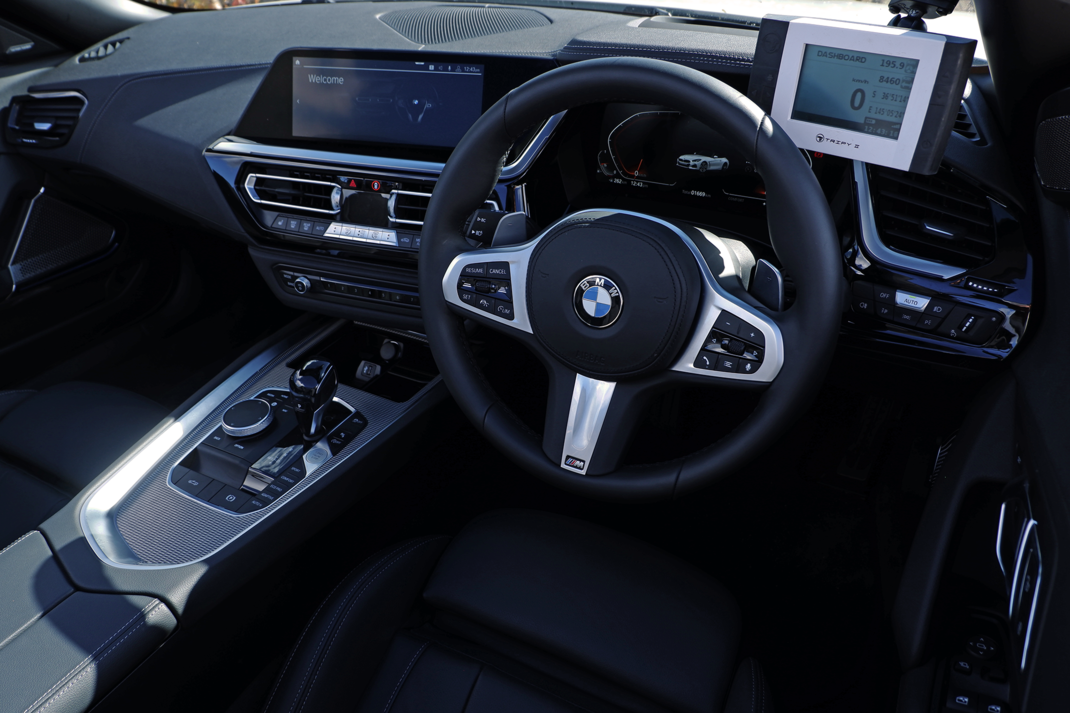 The BMW Z4 appeared to me as a courteous young man at first glance – the front of the Z4 did not look very aggressive, instead it appeared rather tame and well behaved. The rear made it seem like a man with a clean shave, neat gelled up hair with a well-built body underneath the suit, a man who can stand his ground. Once I got a closer look at it especially from the back, it sent out a rather sleek but pronounced vibe.

You would think that after quite a number of international trips that I would be less excited about International trips. Initially, I was, but little did I know the automotive industry had so many tricks up its sleeves. The opportunity to drive a #dropthetop with cool breeze and just the right amount of sunshine presented itself and there I was feeling butterflies in my stomach once more. My enthusiasm spiked just as how the turbo kicks in the BMW Z4 which was exactly why I was headed to Melbourne for.

The thought of going on a topless drive in Melbourne was just picturesque. The cool breeze against my face with wind running through my hair having just enough heat from the sun in order not to freeze while being surrounded by blue skies and prominent clouds all around. Before I know it, I was living in the actual moment – screaming out of excitement and smiles all around, the thrill of driving came alive.

Despite knowing that our sDrive30i test example essentially sharing the same engine as the G20 330i we drove earlier, the Z4 still managed to surprise me from behind the wheel. It gave me a different driving sensation, one that I can see myself enjoying on a daily schedule. Previous-generation Z4s were sometimes seen as hairdresser cars instead of being the ultimate driving machines that BMW sells them to be. This generation of the Z4, however, gives little room to doubt its dynamic credentials, being a sister car of the latest generation Toyota Supra. Don’t scoff. If Akio Toyoda, the Toyota President who moonlights as a racing driver, puts his company’s performance flagship name to the car, it’s strong endorsement of its underpinnings.

Getting into the car for the first time certainly gave me the feeling like I just fell on my backside but was graciously saved with the comfort of the Z4 seats. Safe to say that this all-new Z4 definitely has a lower centre of gravity. Drawing my attention to the inside, it was a genuine sense of happiness that BMW is finally mixing things up in terms of their design language while still having a sense of familiarity from within. The vibe is still very much subtle but sophisticated with more details. Very little of the design stands out but it jives very well together as a whole.

Having more time to appreciate the composition, I see consistencies of the hexagonal designs implanted at different areas of the cars such as the air conditioning vents, certain parts of the centre console as well as the door handle. Zooming into the details, the knurled rotary knobs give a nice feel for the air conditioning vents when adjusting it as well as the arm rest in the centre being crated in way that it can hold 2 drinks while having one side closed for the driver to rest his/her arm. It is obvious that much thought has been put into the designing of the Z4.

We all love to drop our tops, but with the Z4 and 8 Series, BMW shows us two different takes of an eminently likable recipe.

It was just smiles all around with a little screeching here and there from the driver - not the tyres, out of excitement during the drive. Besides the fact that I am personally very biased towards #dropthetops, the Z4 felt very eager to be pushed especially around the corners. It was very planted and gave me the confidence to push even more. Having said that, I’m not too sure if I would miss the tail-happy kind of feel. The power delivery felt progressive and certainly did not feel like it was lacking in it at any time. Due to the lower centre of gravity, I have to admit… I did feel rather small sitting inside looking out.

Sporty driving feel would be one of my last thoughts for describing any Grand Tourer but that was the first thing that came to mind when I got my hands on the steering wheel. Knowing factually at how big the dimensions of the car was and how much it weighed, it undoubtedly did not feel that way at all while driving.

The directness of the steering, the way the body moved together with my input into the steering, the excitement I got from driving it, it is definitely the sportiest grand tourer that I have ever driven. Having this knowledge in mind, the 8 Series would indeed attract a wider array of the market out there. On the other hand, it also comes with the concern… Would those that are so used to the grand touring feel be put off by such sportiness of the new 8 Series?

The 8 series has always been the flagship model of BMW but the masses mostly knew only the 7 Series due to its lengthy continuity. However, it was a different story for the 8. The previous 8 Series was manufactured during 1989-1999 which was two decades ago. In between that time, there was no other generation of 8 that was launched up until now while the 7 Series is currently on its sixth generation. 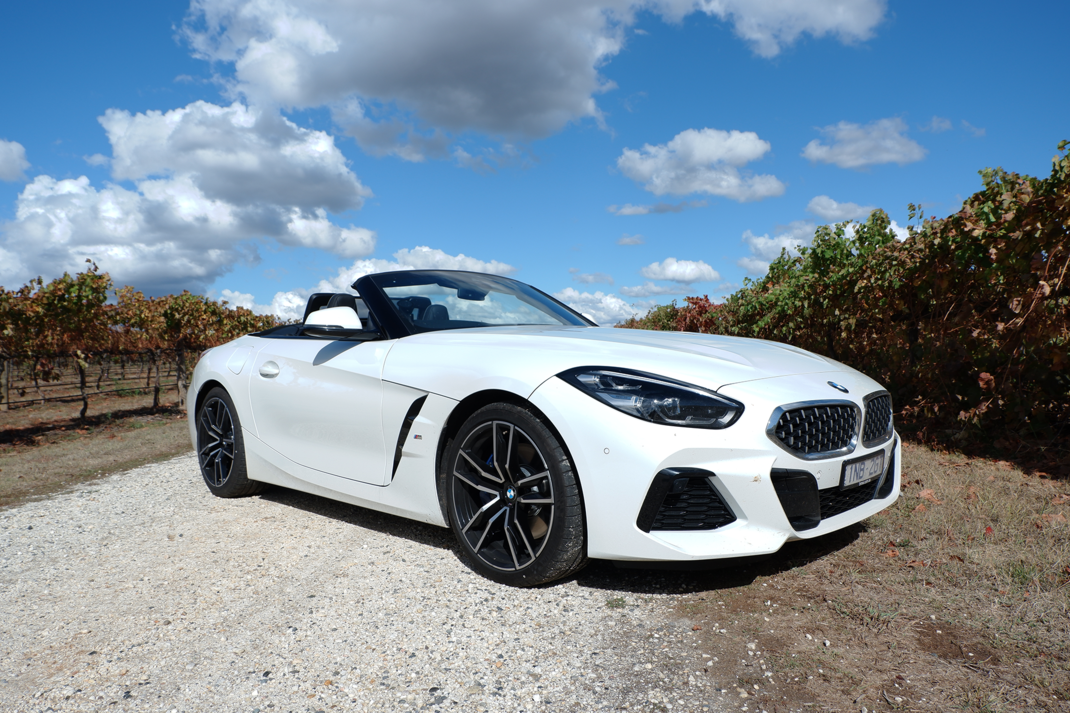 Despite the fact that it has been 20 years, you can bet it came back with a bang. The new 8 Series really is so sexy that I took a long hard 5 minutes just admiring its rear. Those sleek horizontal taillights, pronounced stance, flowing lines segregating portions of the body, it all just unifies embodying the new design language of BMW. The photos definitely do not do justice as to how dominant its presence is in reality.

The front, similarly with the lines on the bonnet show at the forward projection of the car which when taking a deeper meaning to it also explains the future thinking of the BMW brand. Yes, I know how everyone pokes at how the grilles get bigger and bigger each time and in this case, although the grills do not look as big, I’m just not a big fan of how the frontal design looks like. With such a sleek rear, I would have expected the front to compliment the coolness aura the 8 Series projected.

The interior of the 8 Series, similarly with the Z4 displays the new design of BMW – a new design with familiarity all around. Previously, it was obvious that BMW’s interior design was very black but now, it’s very chrome.

Of course, the one thing that stood out beautifully designed was the crystal shift knob. First thing that popped into my head was the similarities it had with the Volvo’s Orrefors crystal gear shifter. With reference to that, it is nice to see how much attention to detail car makers are putting in the architecture of a car not merely by the looks but also the materials that are being used. 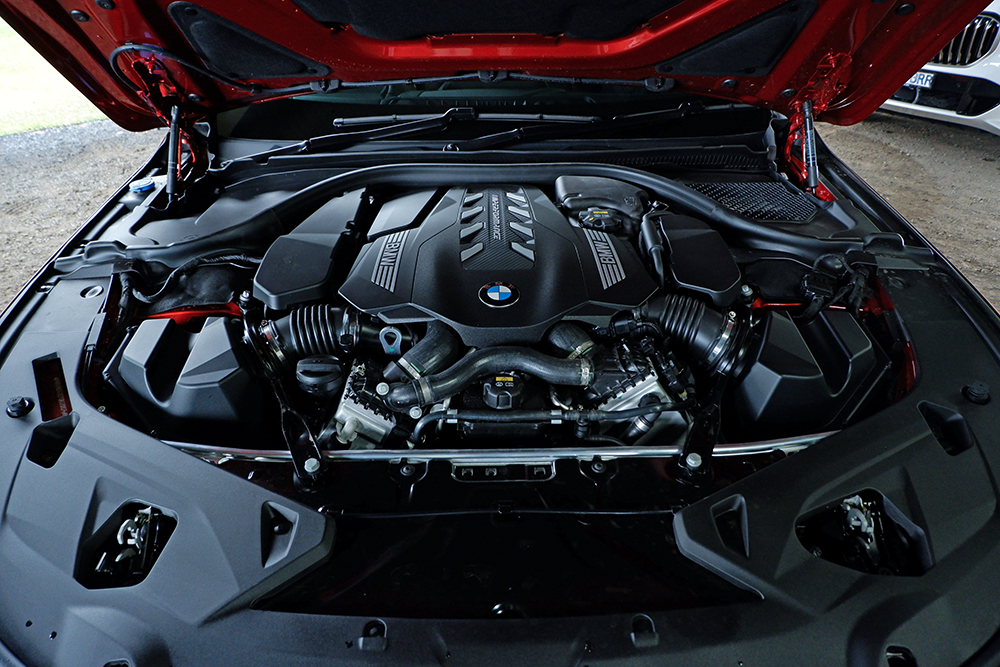 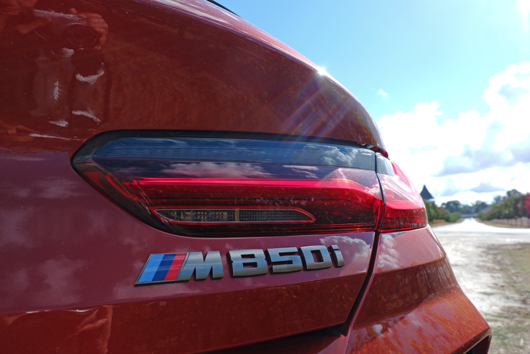 There is a special feeling about driving convertibles that must be experienced to be appreciated. Clear sunny skies above, fluttering winds whistling past the A-pillar, smiles on the face; it is a feeling of being open and connected to the world, one that simultaneously brings happiness and instils humility within us as every sensation is felt more vividly.

Through this driving experience, BMW showed us that different ways to enjoy #dropthetop motoring. Whether one is wafting along within the sophisticated trappings of the 8 Series, or pushing the agile Z4 hard around corners, you can’t go wrong looking for sunshine and butterflies. 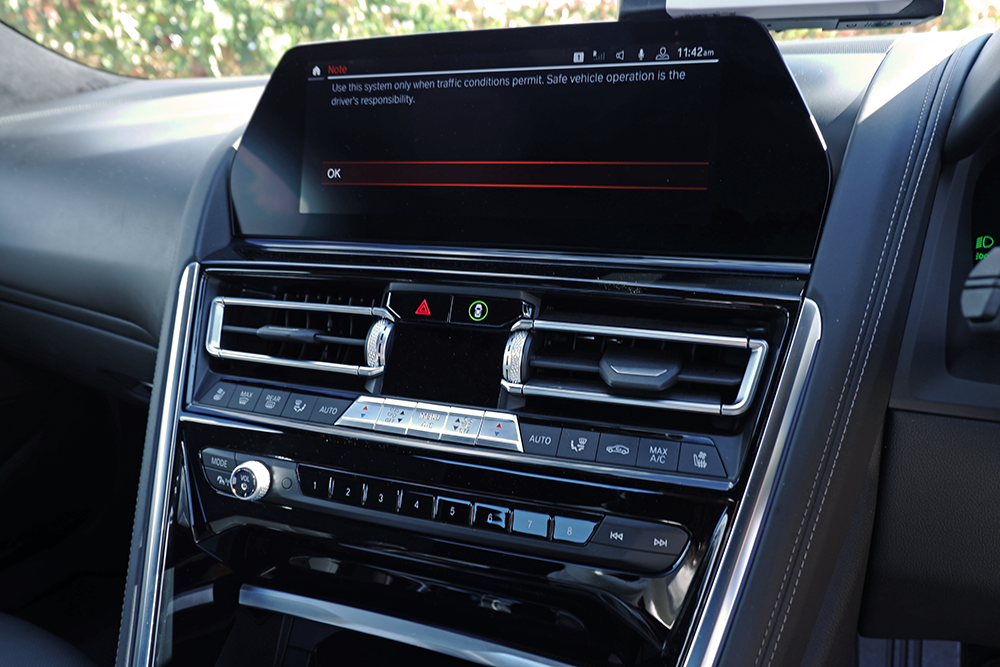 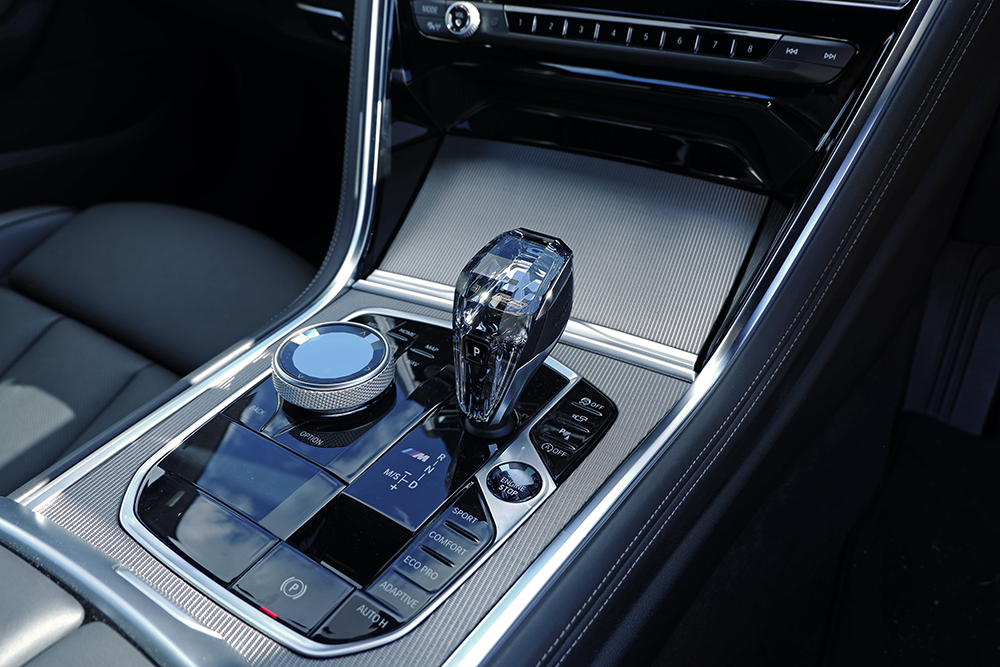 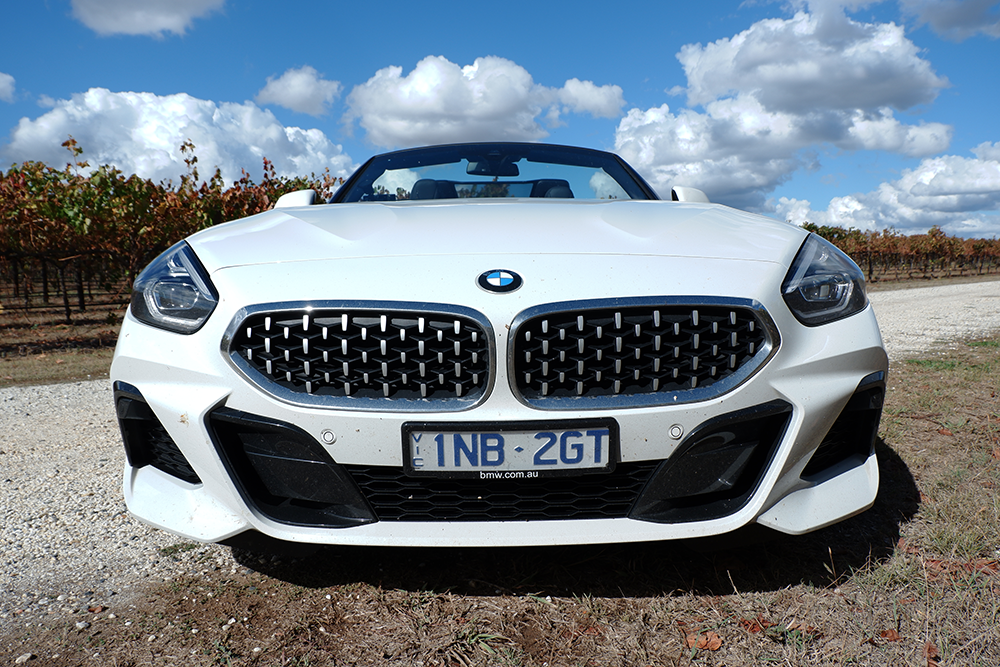 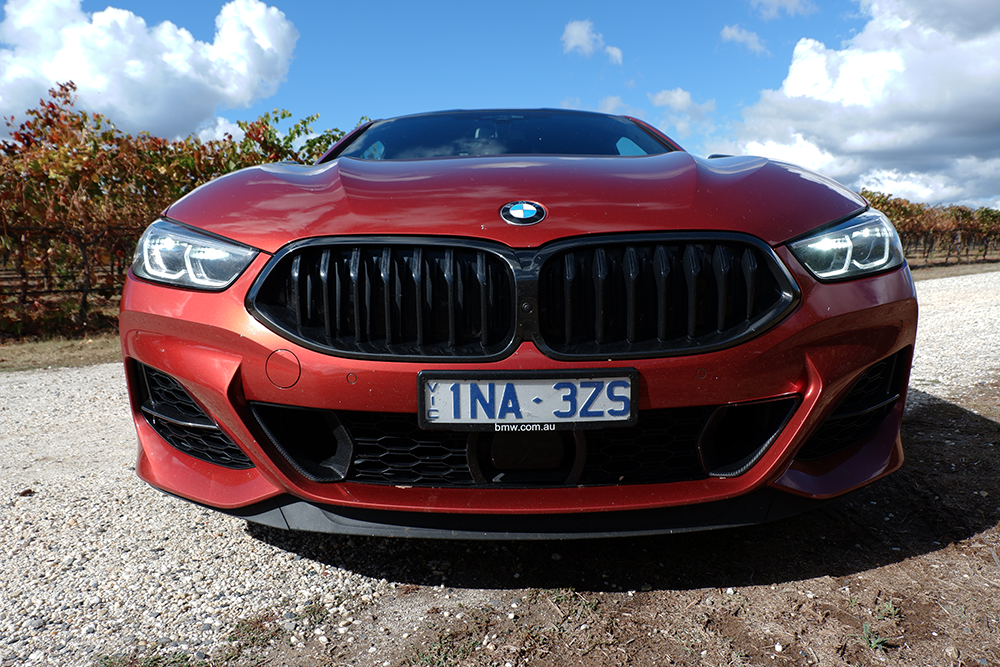 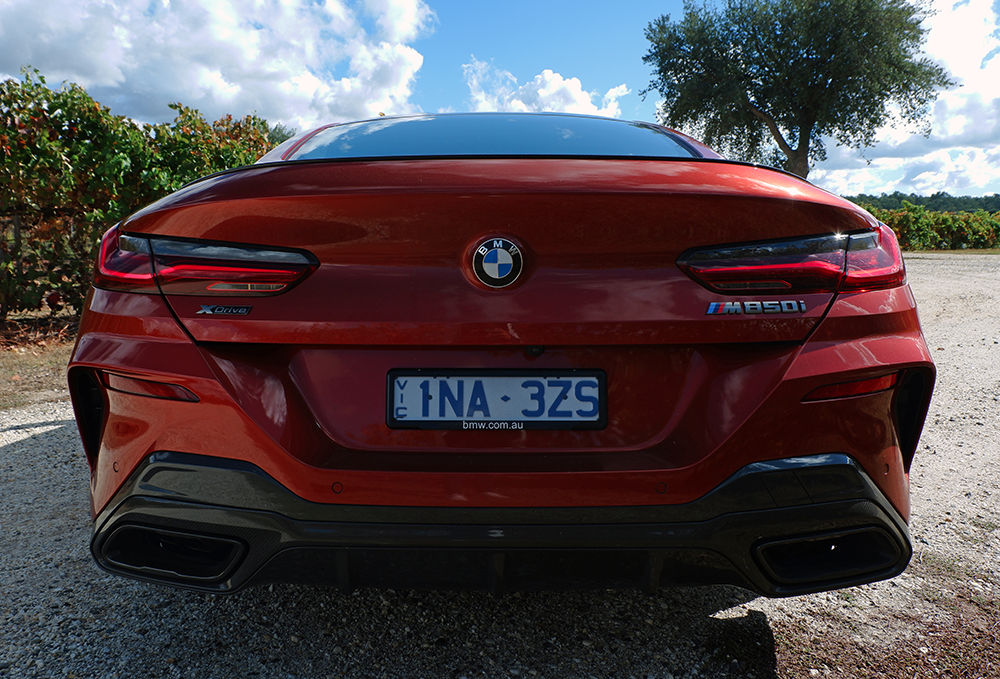 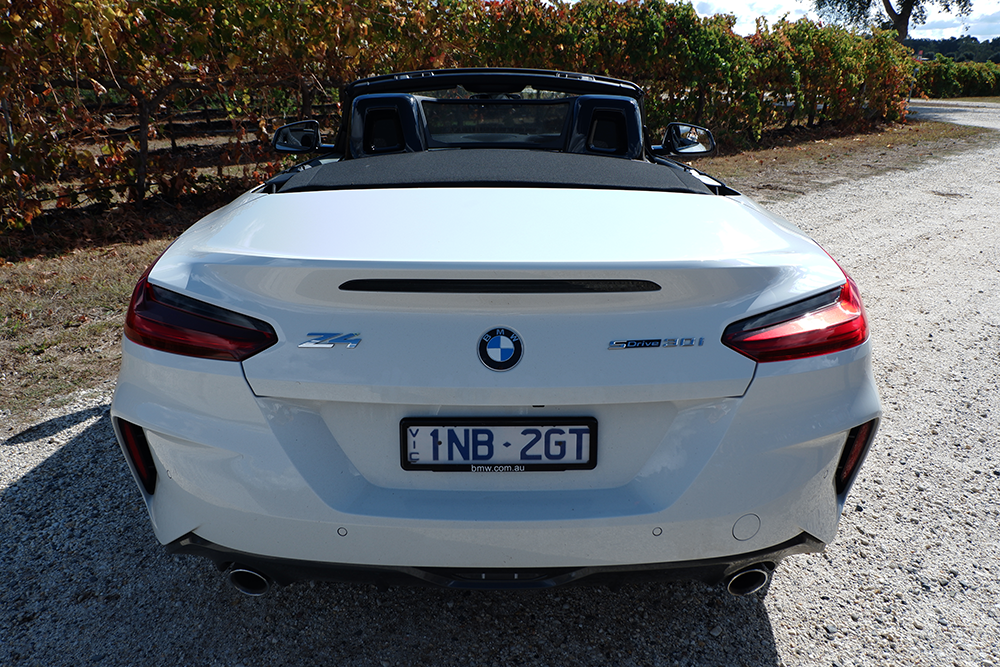