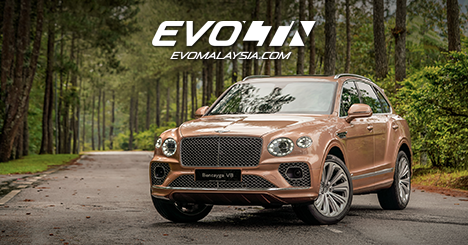 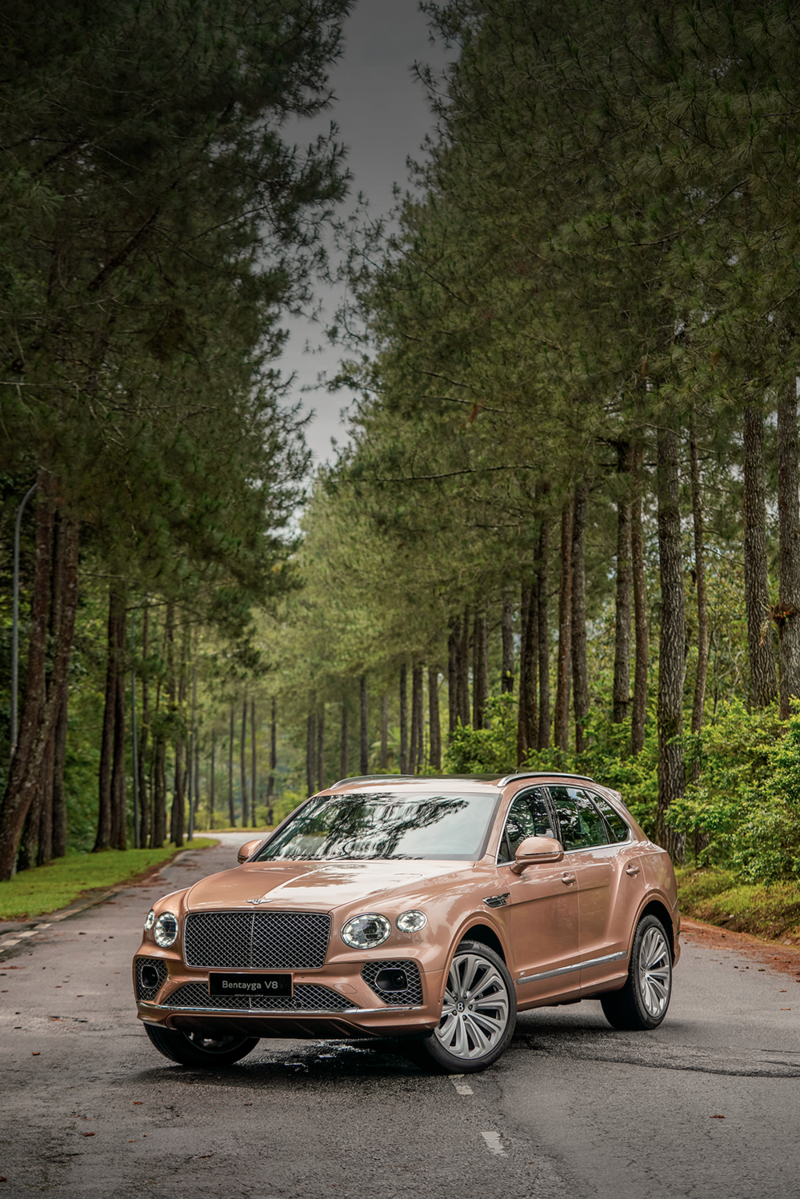 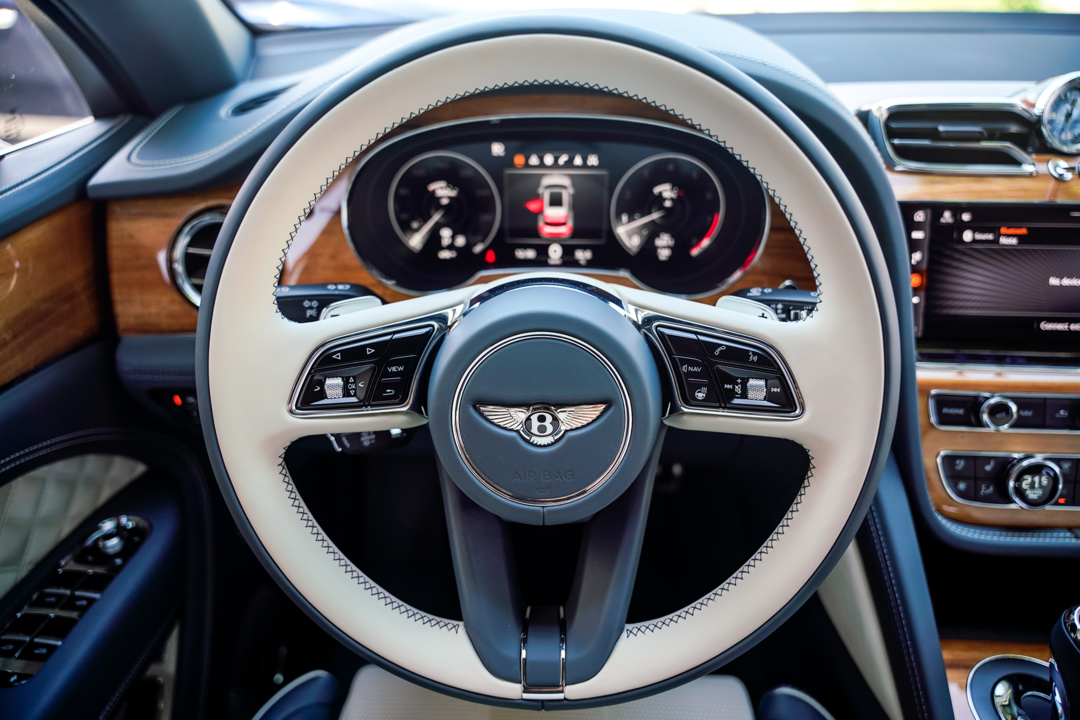 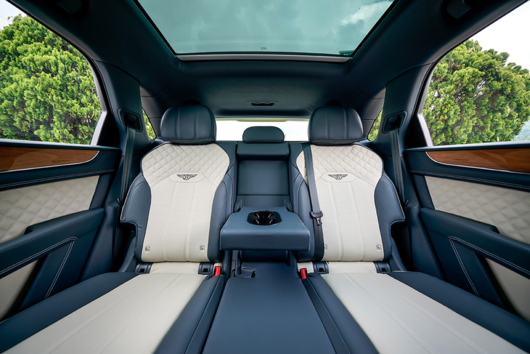 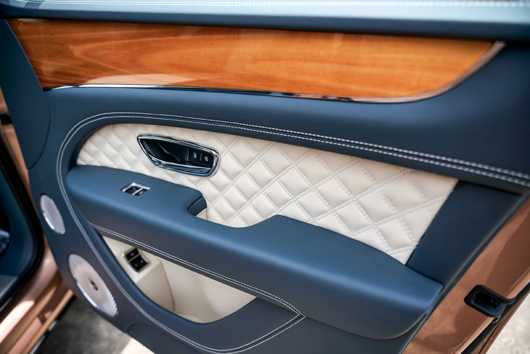 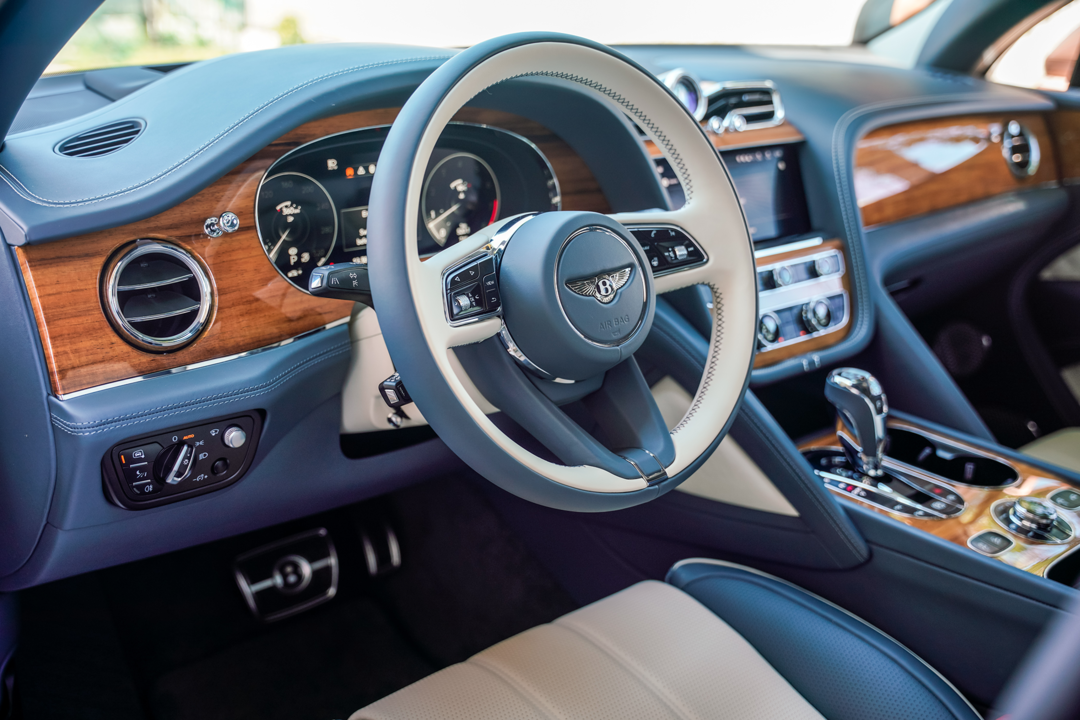 Luxury for All Occasions

The interior sees similarly extensive revisions, with even the rear hip points shifted for the sake of liberating an extra 10cm of legroom. It’s a pleasant place to be in; materials are sumptuous, but with our 5-seater test example not optioned with rear infotainment screens or even powered seat adjustment, the only item of noteworthiness is the little touchscreen remote attached below the rear air-con vents – the little device quietly impresses with the heft of its construction and its smooth-flowing graphics.

Whether you’re arriving at a banquet, a business meeting, the golf club, the supermarket, picking the kids from school, even the neighbourhood mamak, there isn’t an occasion that Bentley Bentayga looks out of place.

The tailgate is where the designers got really busy, with the new generation Continental GT’s oval taillights grafted on. Whilst the intention here is obviously to create a family look, the execution yielded somewhat jarring results, with the tailgate having to be oddly reshaped to accommodate the new illumination. To my eyes at least, the pre-facelift rectangular taillights presented a far more pleasant fascia, and if a new look is needed, wouldn’t the Flying Spur’s boxier derriere better fit an SUV profile?

I remember seeing the pictures when it first came out, the Bentayga, Bentley’s first SUV. It looked hideous. None of the official images released from Bentley, despite their best efforts, managed to portray the brand’s new flagship SUV in any degree of flattering light.

Invoking the cliché of pictures not doing the subject justice, seeing the car in person did soften my opinion of it somewhat. Whilst successfully capturing its bulk, the camera lenses also failed to transmit the Bentayga’s admirable road presence. You still wouldn’t call it beautiful, but it certainly looked purposeful and successfully refrains from being ostentatious.

With over 20,000 units sold worldwide since its unveiling five years ago, it is safe to say that the Bentayga has been a massive success story for Bentley, who has decided its time for its popular luxury SUV to receive a wholesome nip and tuck.

This is just a facelift, but it’s a thorough one, and you won’t need an eagle’s eye to spot the differences, because they are extensive. All exterior panels, except the doors, are new. The front end retains familiar elements, but the proportions are all redrawn for a more aggressive look. Even the wheel tracks are widened, the rear wheels now physically distanced a further 20mm apart. 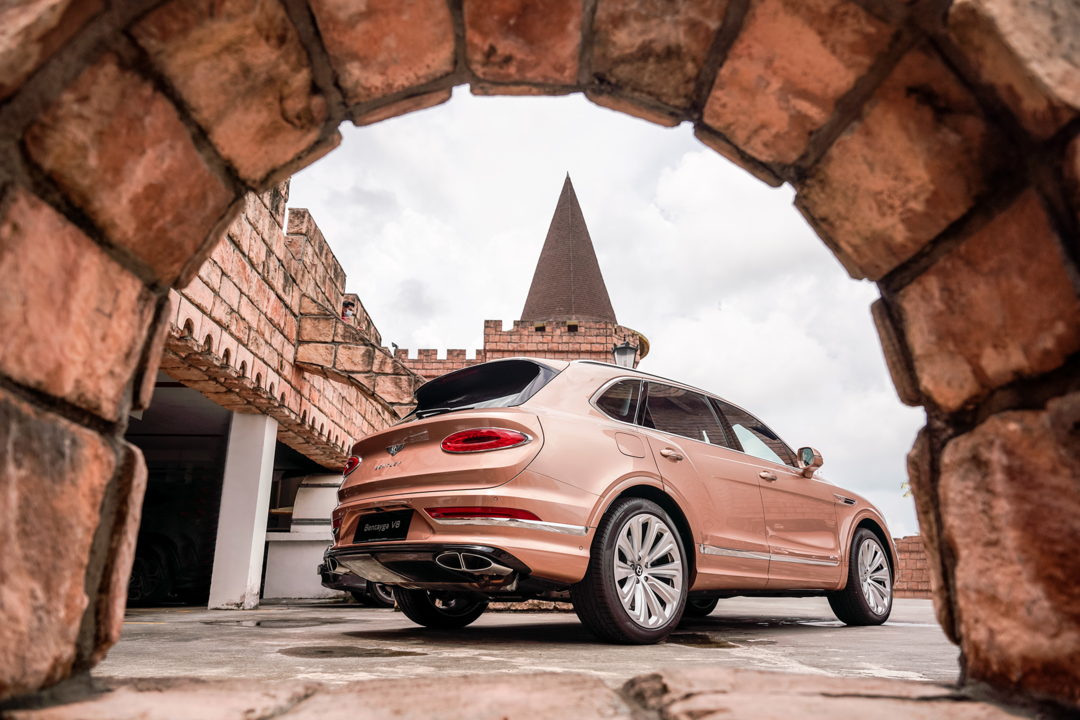 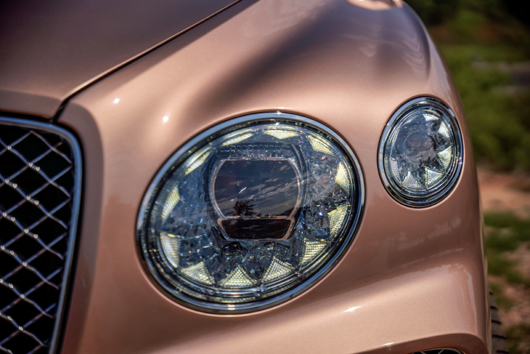 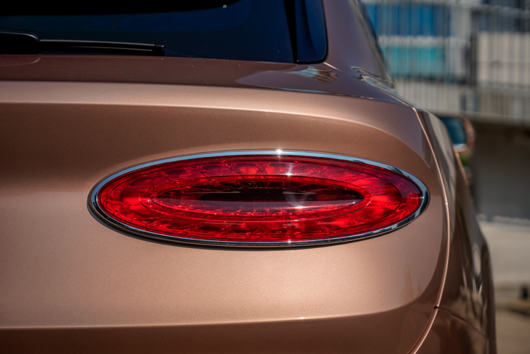 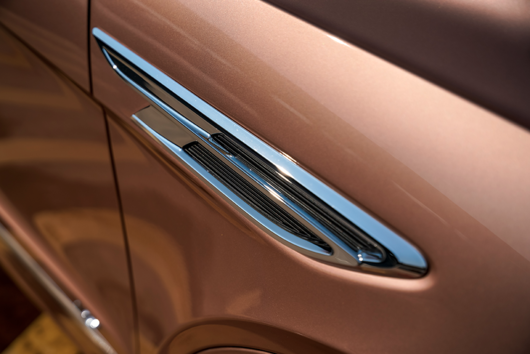 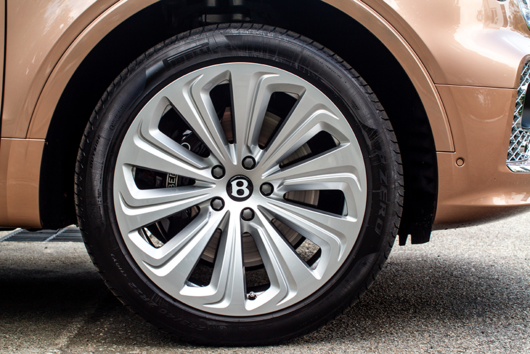 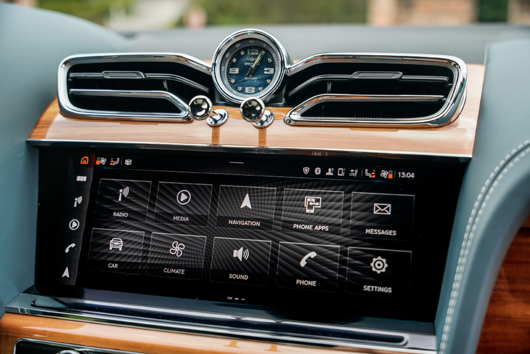 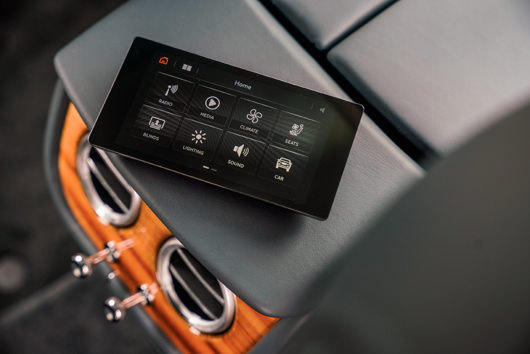 Up front, the newly redesigned central air-con vent evoking the Bentley wings is pleasant visual highlight. The instrument cluster has been made fully digital, perhaps in keeping with modern day expectations, but there was something to be said in the skillful nature which the outgoing model’s cluster blended pure analog dials with digital screens in a seamless appearance – by putting a full screen there, that little artform is now lost, and that seems a pity. 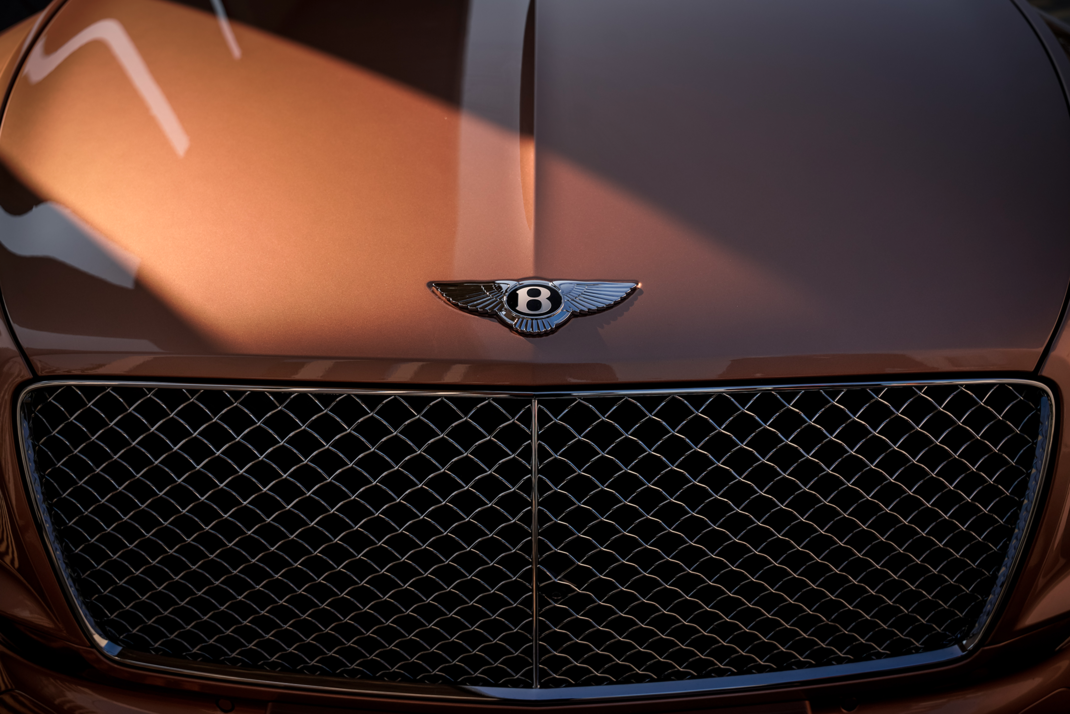 It hardly takes a few fiddles through the touchscreen to expose the infotainment system, and the vehicle’s electronic architecture by extension, for its Volkswagen Group origins. Not that it’s a problem – Rolls-Royce uses a re-skinned BMW iDrive and new Aston Martins take Comand from Mercedes. The system used on the Bentayga works and it looks the part with graphics that are simple yet vibrant and, most importantly, crisp.

Under the hood, a re-organized engine line-up sees the more popular 4.0-litre twin turbo V8 offered as the mainstay powertrain. The flagship W12 powerplant is now reserved exclusively for the Bentayga Speed whilst a Hybrid will be later be added to the menu. The latter is billed as the most efficient Bentley ever, but that is unlikely to offer any great significance beyond token political correctness. 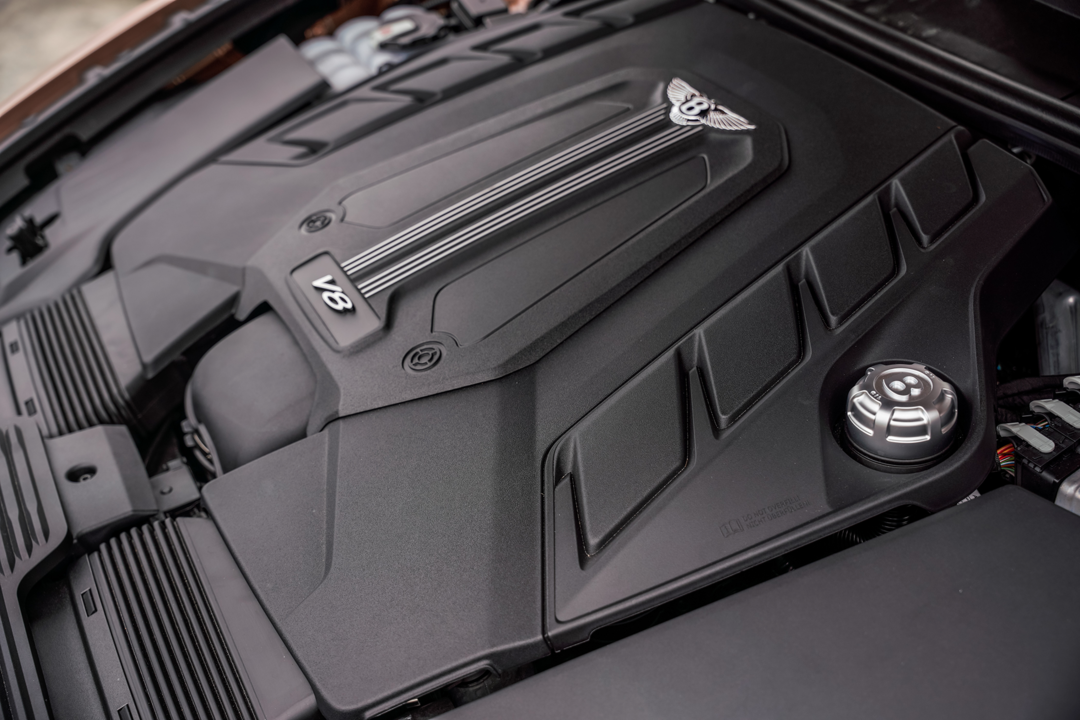 The bulk of demand for the Bentayga will probably be accounted for by the V8 and it is the engine that therefore needed the most of Bentley’s attention. On the move, it doesn’t fully offer the effortless gait of the W12, but there’s still plenty of grunt to rapidly shift this three-tonne (gross weight) SUV about. Only someone intimately familiar with the W12 version will be able to discern any shortfall with the Bentayga V8. For the most of us, it is more than enough.

But perhaps the Bentayga’s biggest accomplishment is the way it manages to blend so much dynamic ability and flexibility into one heavy package that also has to be cossetingly luxurious. Whether you’re cruising along the highway at national speed limit, or double that, or swerving through backroad corners, or ambling along congested urban roads, the Bentayga does it all without fuss. Simply put, anybody can drive this car anywhere and not feel the least bit intimidated by its bulk or badge. Even in this LHD pre-production example brought in by Bentley for our drive experience, navigating our congested streets in the Bentayga was a largely stress-free experience.

Since the Bentayga first arrived five years ago, the luxury SUV sphere has become an increasingly crowded space. Previously there was only top range Porsche Cayennes and the Range Rover to compete against, we now have Rolls-Royce, Aston Martin, and even Lamborghini venturing into SUV territory; even the likes of Mercedes-Benz and BMW are trying to inch their way upwards with the GLS and X7 respectively.

And the Bentayga’s strength amidst this company continues to be its amazing all-occasion flexibility. It is dignified enough to grace the biggest of occasions, yet not too ostentatious that you can’t bring it to a mamak. It is luxurious enough to pamper, yet not too opulent that you won’t use it for daily chores. It’s rock solid on the highway yet athletically agile when the roads bend and tighten. There simply isn’t a more accomplished all-rounder in this class. 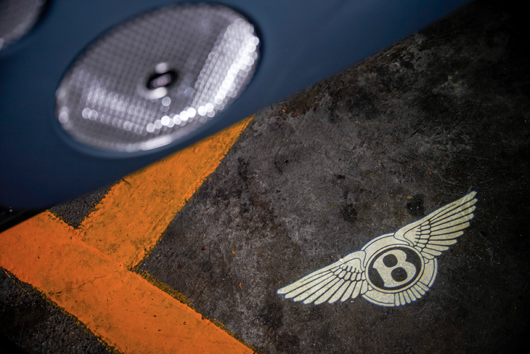 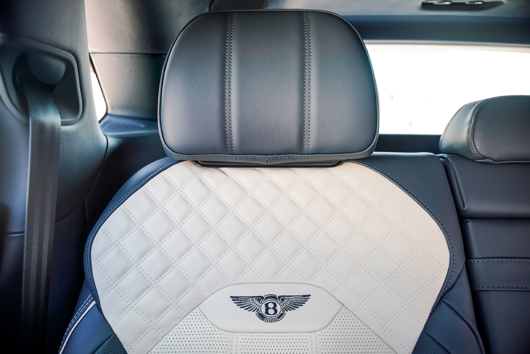 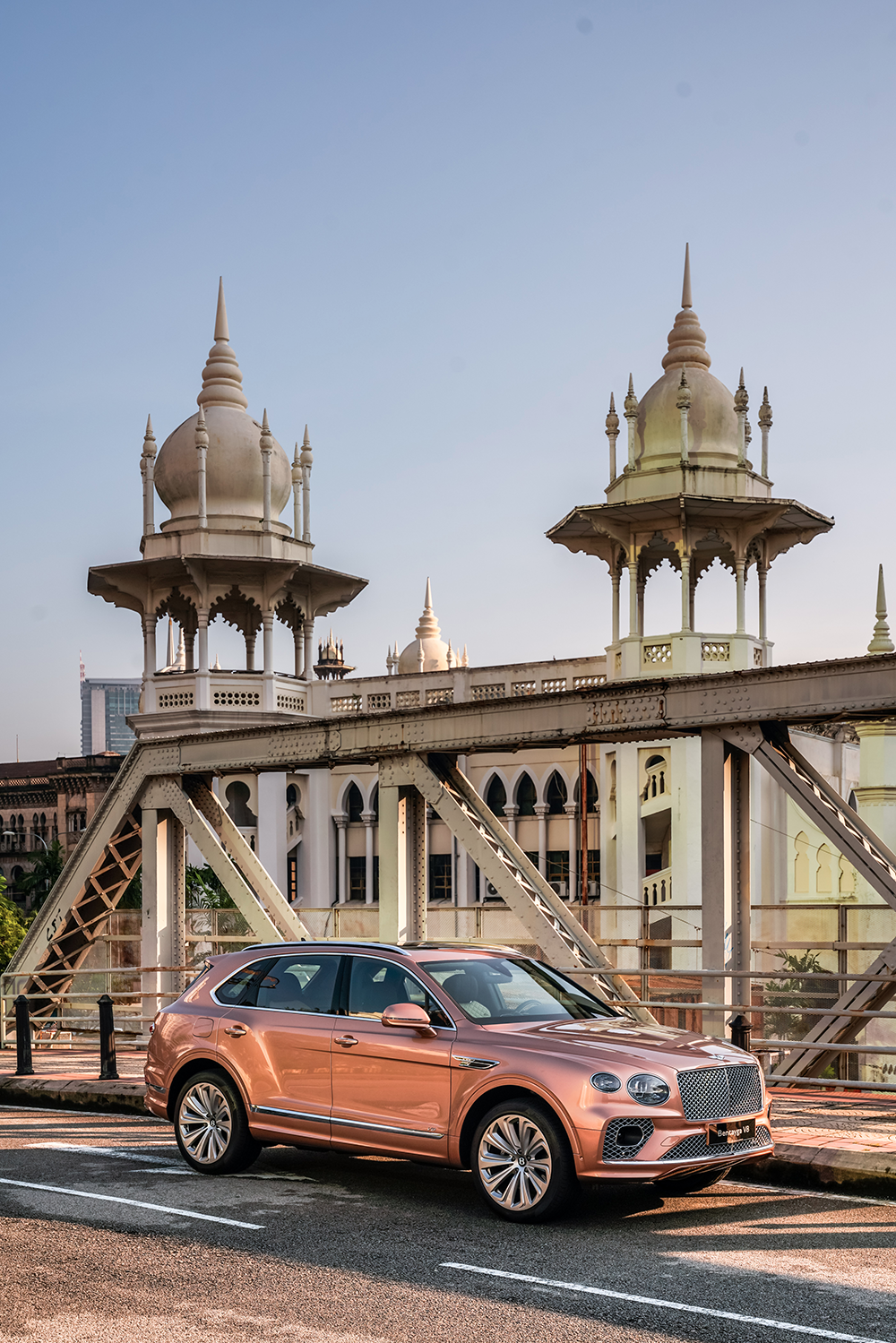 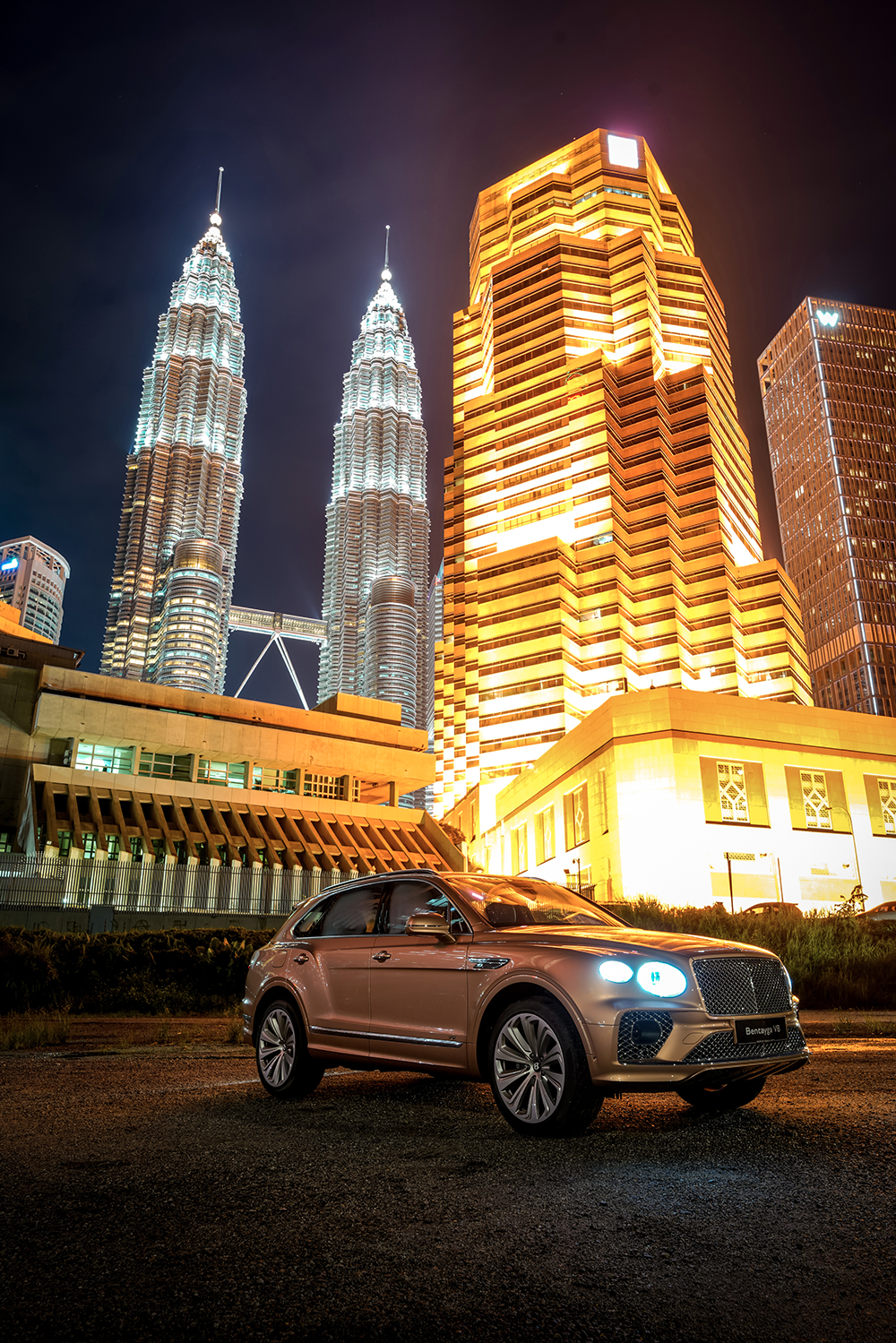 "All exterior panels, except the doors, are new."

"The more popular 4.0-litre twin turbo V8 is the mainstay powerplant; the W12 is reserved for the Bentayga Speed, whilst a Hybrid will later be added."

"There is no occasion where the Bentayga is out of place."