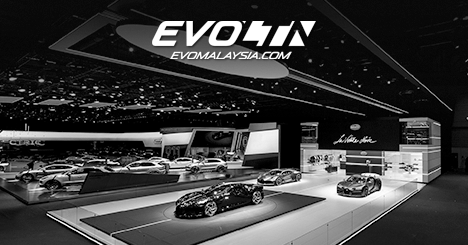 It is a regrettable turn of events, but entirely understandable as the novel coronavirus COVID-19 spreads its chain of infections to Europe. As of 3 March 2020, Switzerland has 55 reported cases, but no deaths. Globally, nearly 90,000 cases have been reported across 66 countries with over 3,000 deaths.

The cancellation of Geneva 2020 was in response to a directive from Swiss authorities banning all major events with more than 1,000 people until at least 15 March – which would ironically have been the last day of the motor show.

Other cancelled events as a result of this ban include the Baselworld watch fair, and the International Film Festival and Forum on Human Rights in Geneva. All top-flight Swiss soccer and ice-hockey games have also been called off. Elsewhere, both the Bangkok and Beijing Motor Shows planned for March and April respectively have been postponed as well.

Thursday, 5 March 2020, 10:00am Central European Time was when the doors of Palexpo Convention Centre were supposed to have opened for the public to walk in to the 2020 Geneva Motor Show. Two days prior, the press would have went in to churn out all the videos and written articles to be consumed by an expectant audience across the globe.

At least, that was the plan. What actually happened,…

Friday, 28 February, the official announcement was out – 2020 Geneva Motor Show is cancelled, less than a week before the show’s planned opening. Just as the setup crew were putting on the finishing touches of the various booths and pavilion, comes the order to take them down.

The show organizers have pledged to refund tickets to showgoers, but much money would still have been burned in all parties for unused flights and hotel bookings.

What we would have seen at Geneva 2020