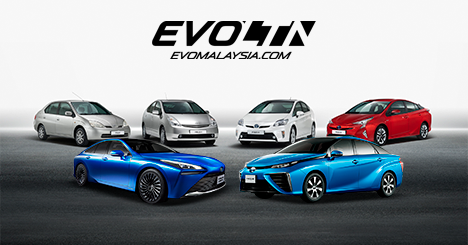 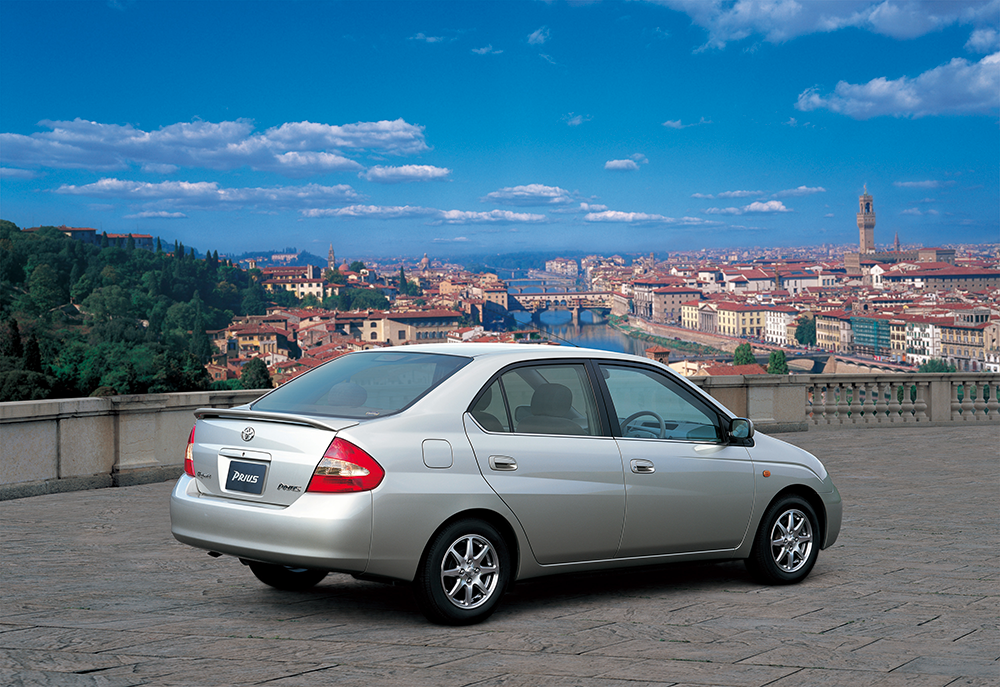 The internal combustion engine as we know it appeared in its most basic format in the late 19th century and has become the primary source of power for land transport in the last century and a half. Be it petrol or diesel, the four-stroke engine has been endlessly finetuned and refined over the decades, its use so ingrained into civilization that we can’t imagine life without them.

Yet, as environmental concerns grew around the tail pipes, car makers began commissioning research into alternative propulsion toward the latter part of the 20th century. A few brands had examined the possibility of supplementing the combustion engine with an electric motor or two, but none were able to sufficiently refine the concept into a viable production model until Toyota rolled out the first Prius in 1997.

Toyota’s success with hybrid powertrains is well-documented, but they are conspicuously absent from the field of full EVs. The question now is what’s next?

Marketed with the tagline ‘Just in time for the 21st century’, the original Prius was indeed ready just in time for its launch to coincide with a United Nations conference on climate change that was being held in Kyoto in December that year. With that, Toyota became the first manufacturer that successfully overcame the numerous technical and engineering issues needed to bring this complex powertrain configuration into mass production.

What’s more remarkable was that the entire project went from engineering kick-off to production launch in less than four years, and the decision to go in the direction of a hybrid made nine months into the gestation process. The project team also saw its timeline tightened as the initial production target date of 1998 was brought forward by a whole year.

A concept car was displayed the Tokyo Motor Show in October 1995, but it wasn’t until a month later that the first prototype vehicle was ready even if it wasn’t able to go very far. It took the engineers a further 49 days just to get it moving, and only for just 500 metres at that.

The two years that followed was a hectic one for engineers, as they developed an entirely new and complex powertrain architecture from scratch. Toyota was also insistent, in line with its traditional engineering philosophy, that from the outset, all the core technologies of the hybrid system be engineered in-house to ensure better quality control and integration. Only the batteries were developed in collaboration with a third party.

Internally, Toyota engineers were concerned that the accelerated developmental timeline couldn’t be met, but they somehow pulled it all together, and the production car was unveiled on 14 October 1997. The first Prius was never officially sold outside Japan, but it provided the crucial breakthrough from which Toyota never looked back.

Styled as a sedan, the original Prius featured an all-aluminium 1.5-litre four-cylinder engine working in tandem with two electric motors – one to serve the driveline, whilst the other generates electricity. Holding it all together is what Toyota calls a power split device, which is essentially a planetary gearset serving as a CVT. Till today, this basic configuration underpins the powertrain layout of all Toyota and Lexus hybrid vehicles.

Toyota went on to completely redesign the second generation Prius in 2003, reinventing it as a liftback and achieving significant improvements in fuel economy despite carrying on with the predecessor’s 1.5-litre petrol engine. Third and fourth generation models have since followed, as has the rapid proliferation of hybrid variants across the line-up in various markets.

Spearheaded by the image of the Prius, and driven by sales of hybrid variants for regular models, Toyota has firmly established itself as a leader in the market for hybrid vehicles, with the Prius cementing its place as the default eco car in the public’s consciousness.

But despite its dominant leadership in hybrid technology, Toyota has been conspicuously non-present in the segment of full battery-powered electric vehicles, whilst its offerings of plug-in hybrid models too, is accordingly limited. The car maker that moved the industry on the path toward electrification is now dipping its toes whilst others are taking the plunge one-by-one.

Although the general consensus is that electric motoring is set to eventually supplant fossil fuel-powered cars, Toyota seems keener to bet its chips on hydrogen fuel cells. They do have a number of battery electric vehicles in the works, but work on fuel cell in the company began as far back as 1992, before the Prius was even conceptualized.

And whilst Prius engineers were struggling to put two and two together, the company’s first working fuel cell concept car, dubbed the FCEV-1 and essentially built on the RAV4, was up and ready in October 1996. Further progress continued and by, the Toyota FCHV had received vehicle type approval from the Japanese government in 2005. 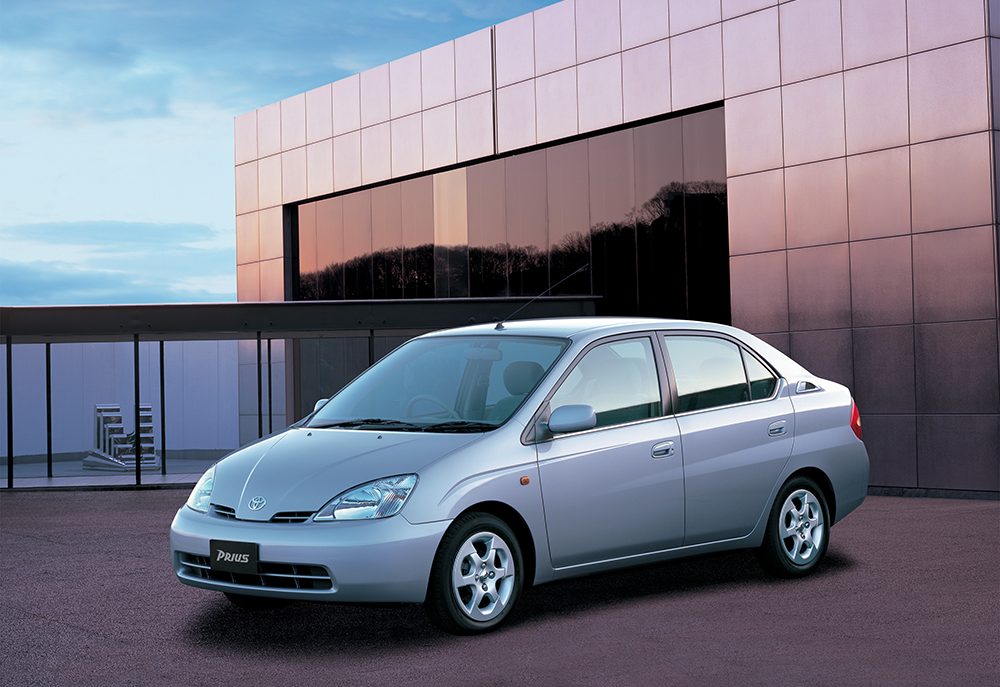 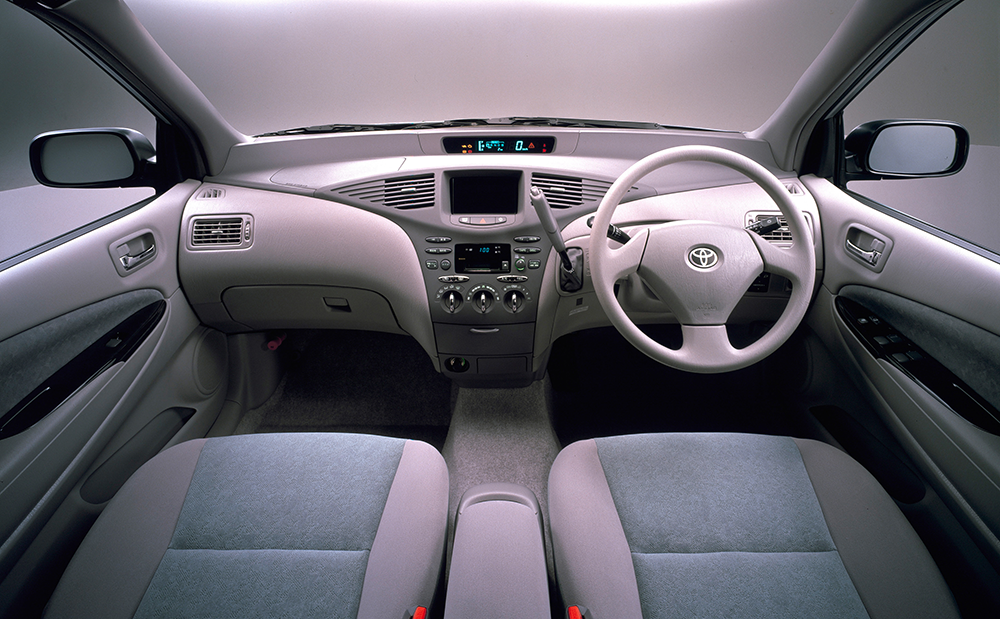 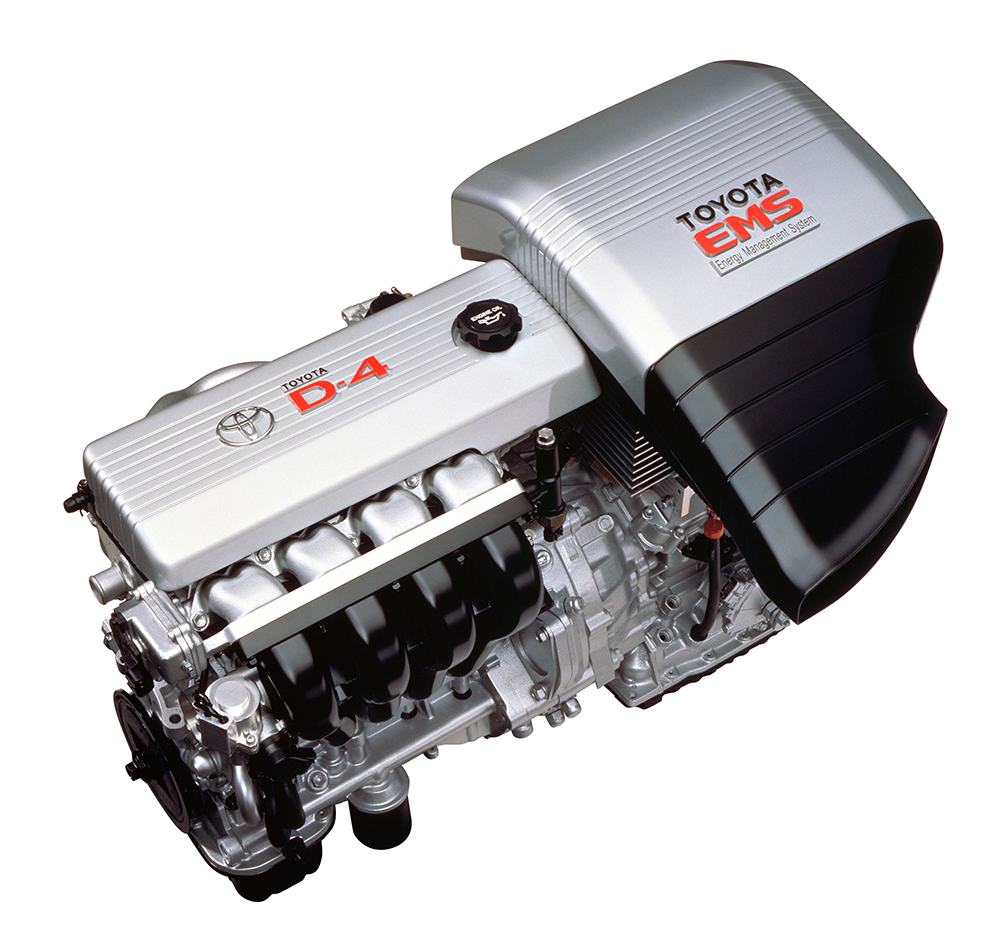 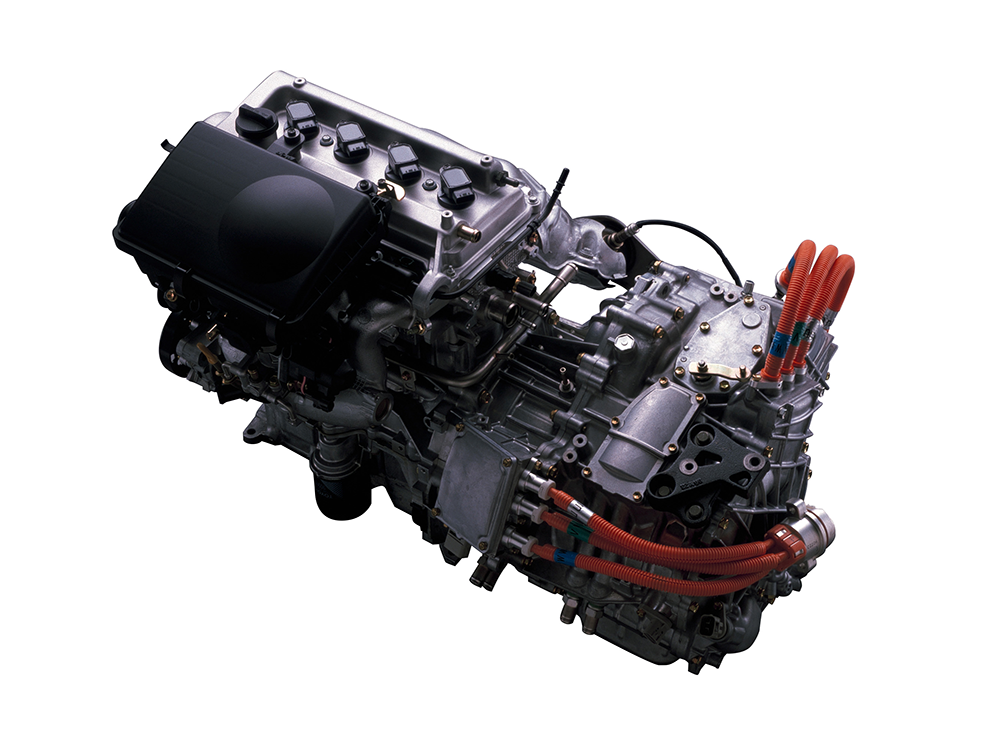 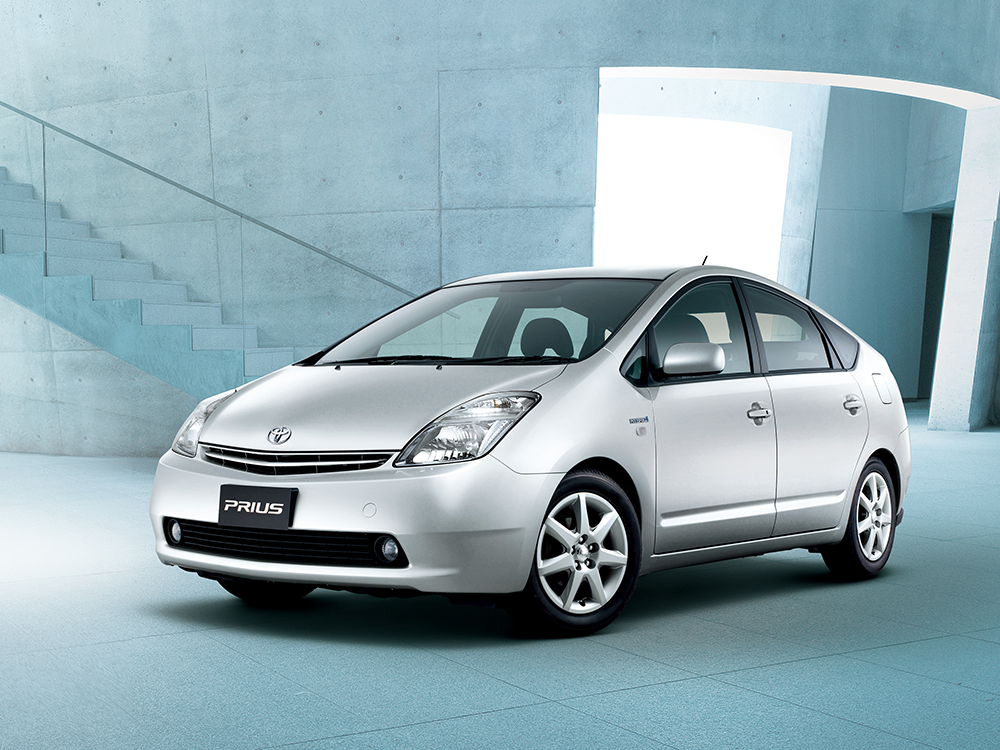 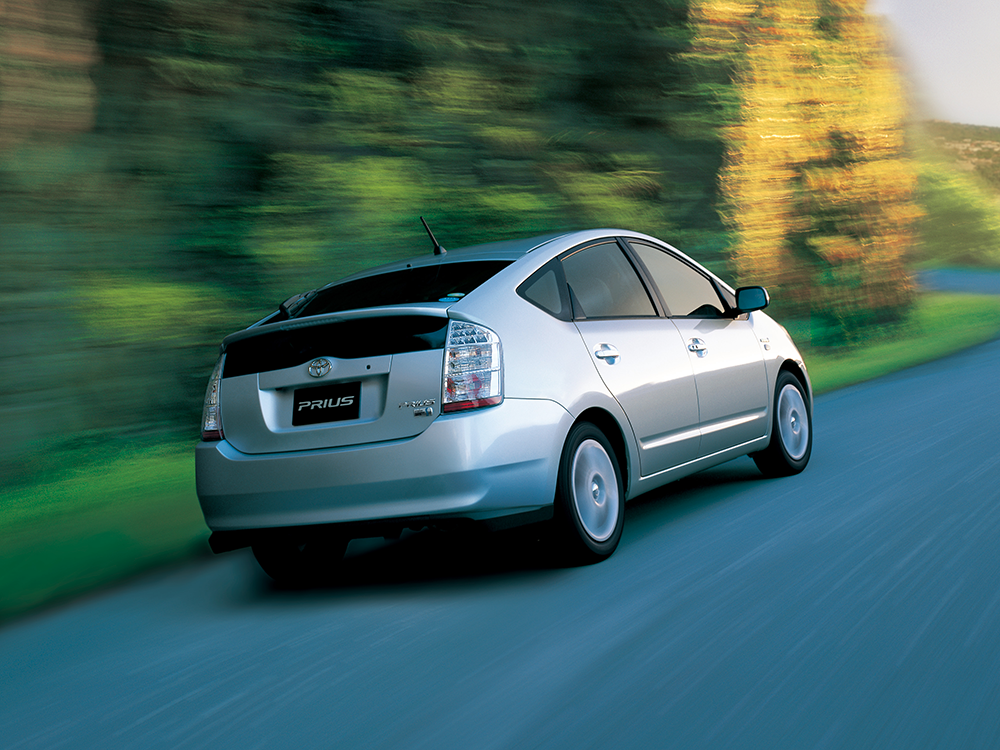 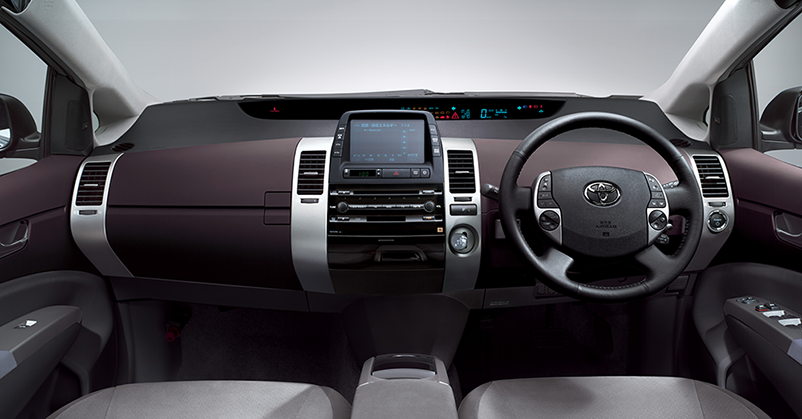 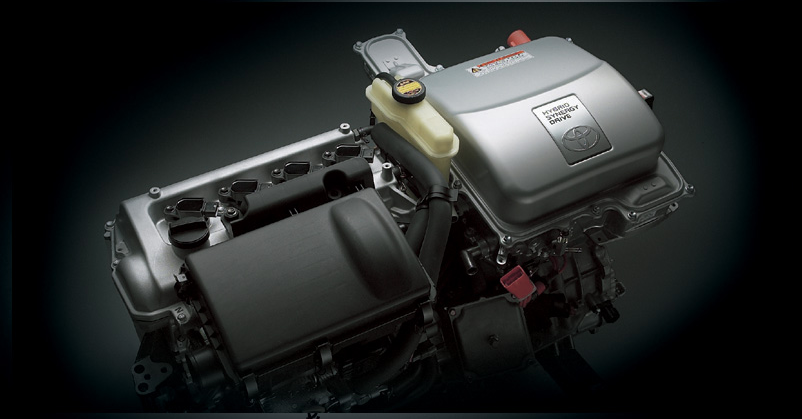 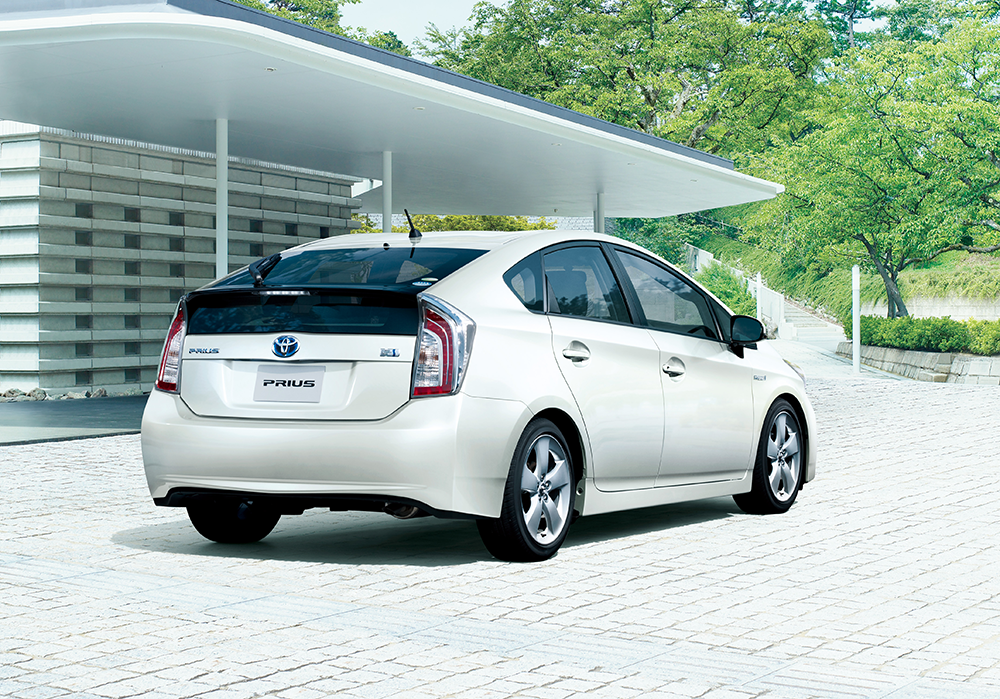 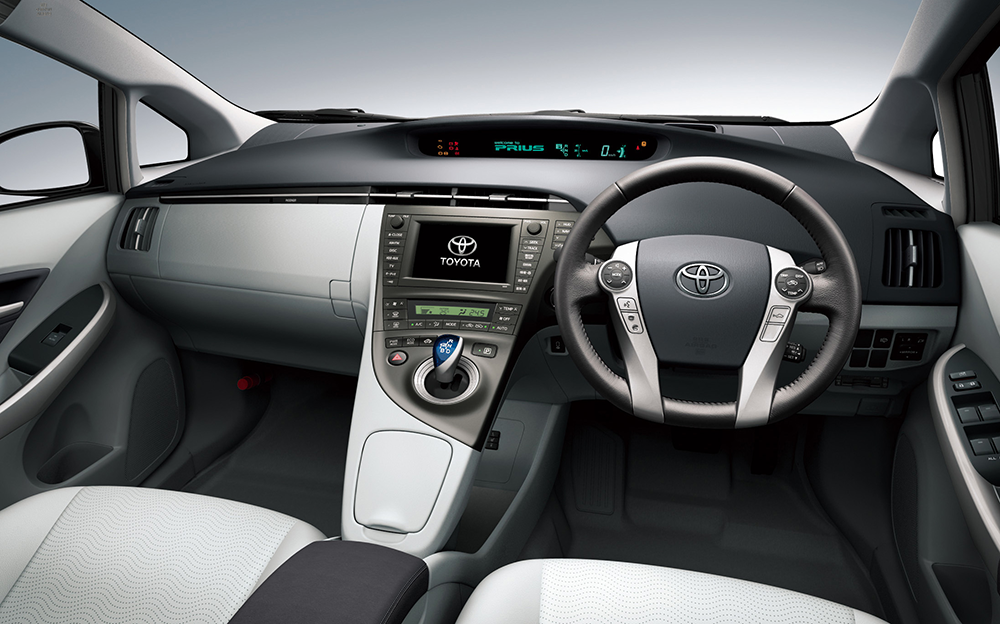 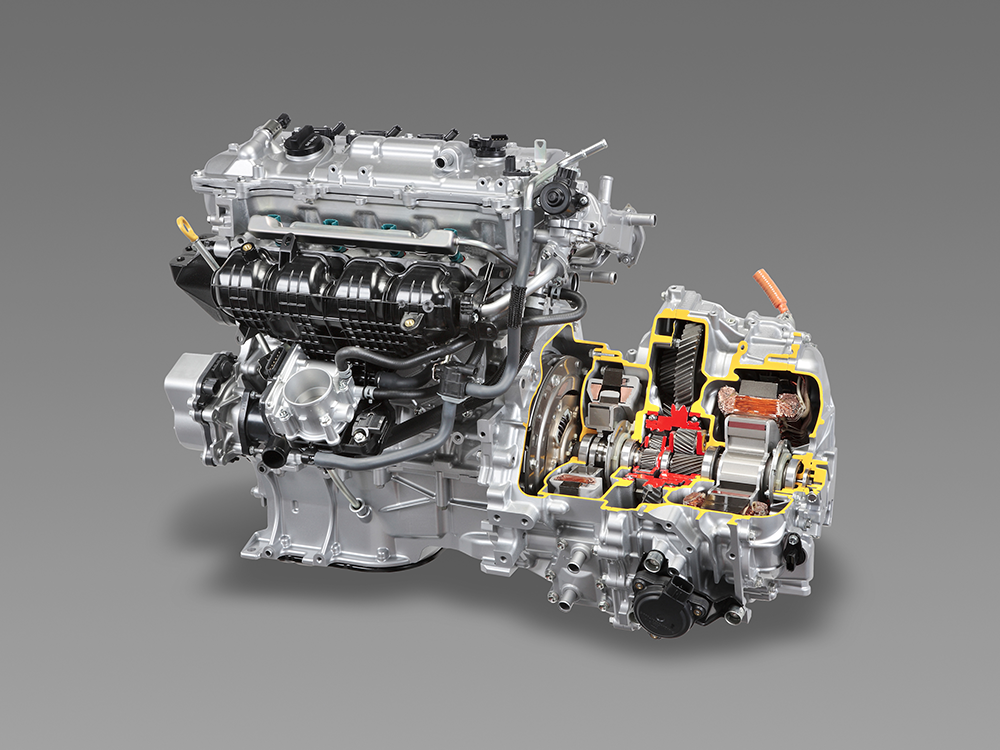 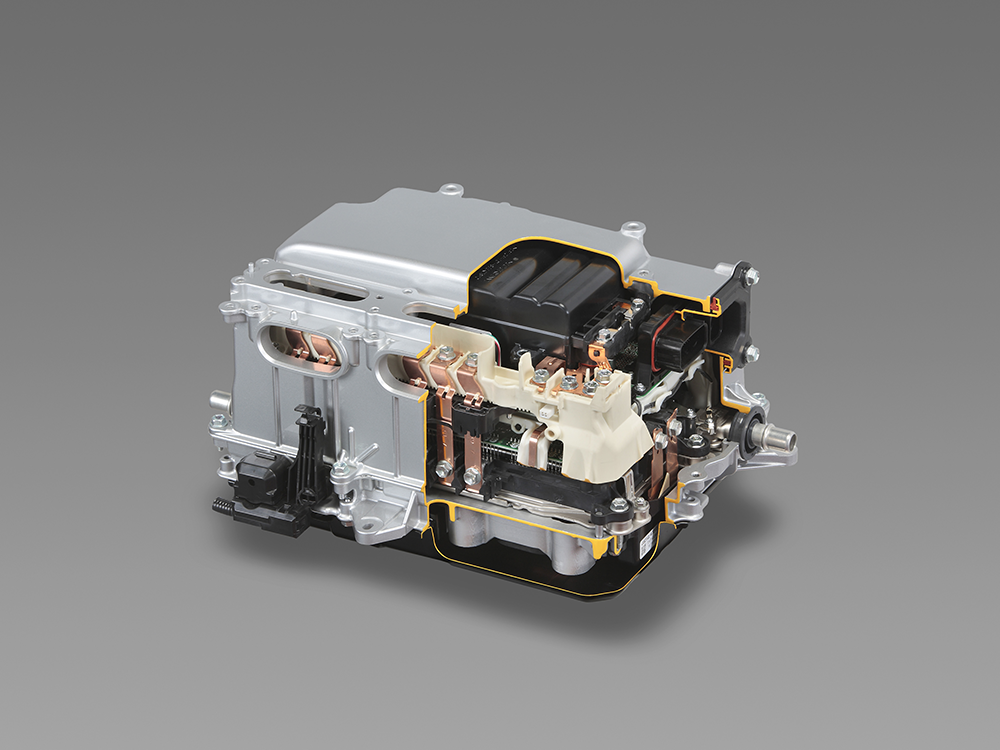 The most important breakthrough, of course, came when the fuel cell-powered Toyota Mirai became commercially available from 2015. With outputs of 152hp and 335Nm from its electric motor, the Mirai has an estimated cruising range of 500km from one full tank of hydrogen, which can be replenished from empty in just three minutes.

Even on present day technology, the current Toyota Fuel Cell System technology already has the cruising range comparable to a petrol engine car and takes the same amount of time to refuel. The fuel itself, compressed hydrogen, is the most commonly-available element in the universe and methods exist to synthesize more if needed.

As is the case with battery electric vehicles, the biggest hurdle to the acceptance of hydrogen fuel cell as a viable source of power is the setting up of supporting infrastructure. Just as battery electric vehicles require the proliferation of charging ports, fuel cell vehicles require hydrogen filling stations deployed everywhere that roads can reach.

But hydrogen filling stations are much costlier to build than charging ports. Also, recent advancements have progressively increased capacity and reduced recharge time for batteries to practical levels. In tandem, the steadily growing numbers of battery electric vehicles on the road have also helped the technology achieve viable economies of scale. 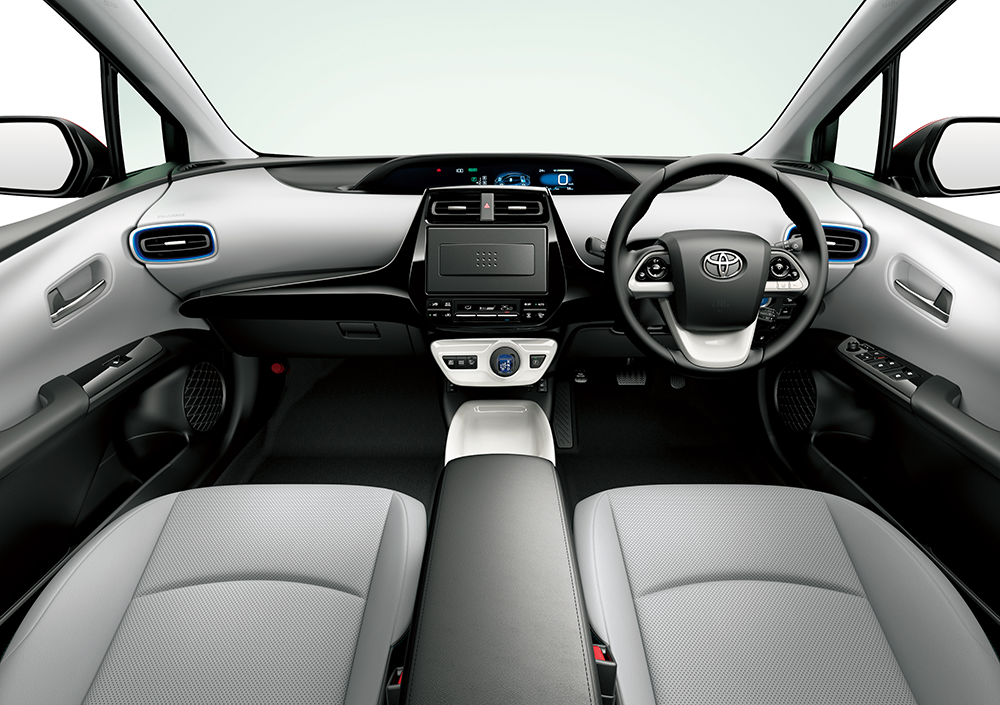 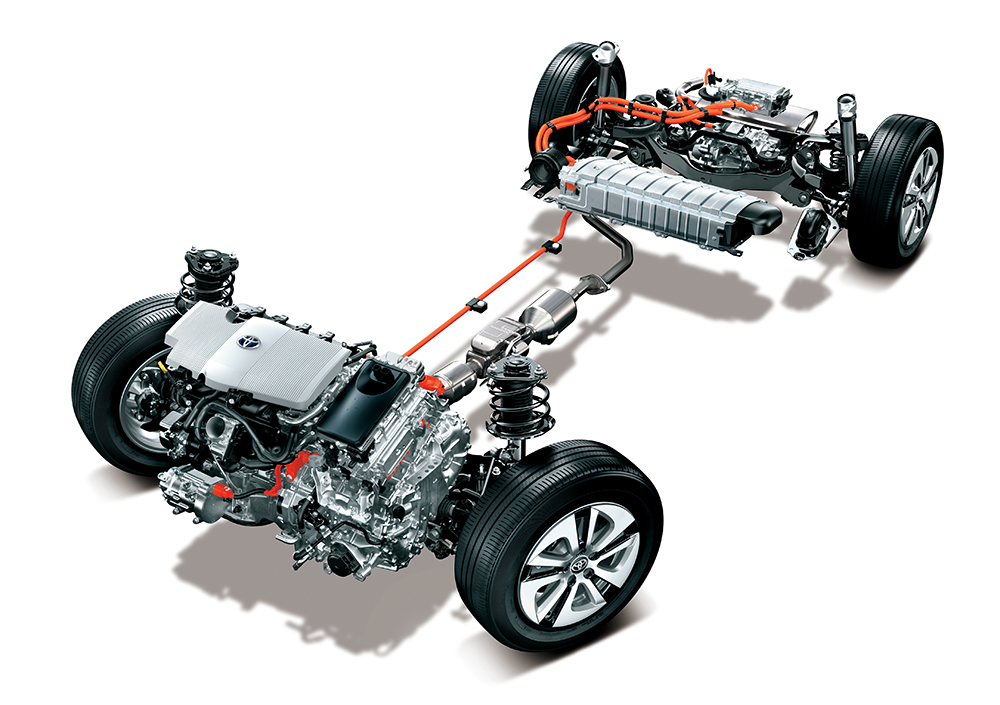 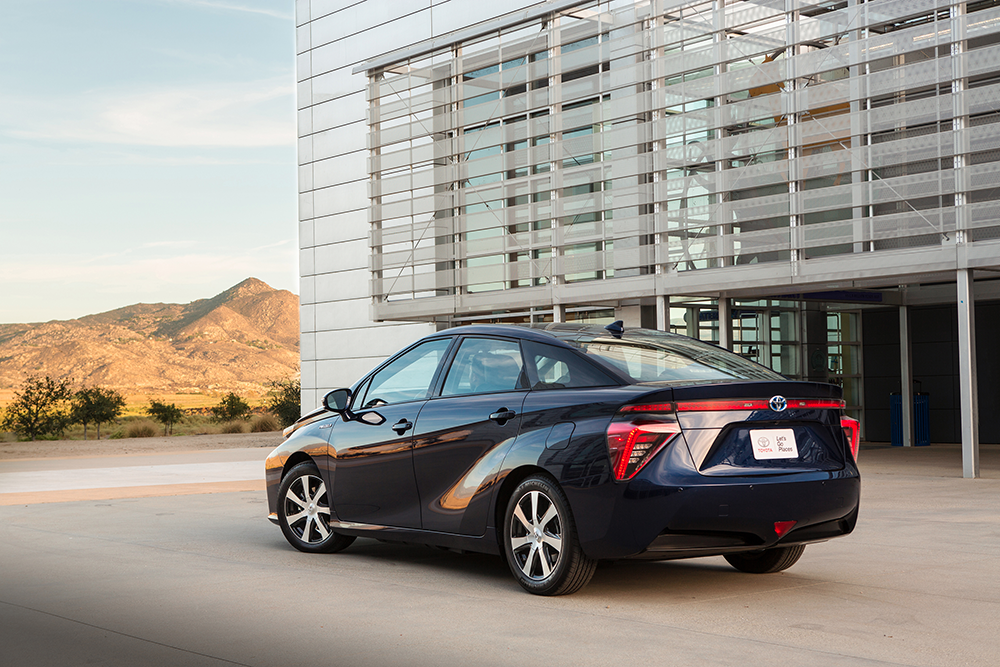 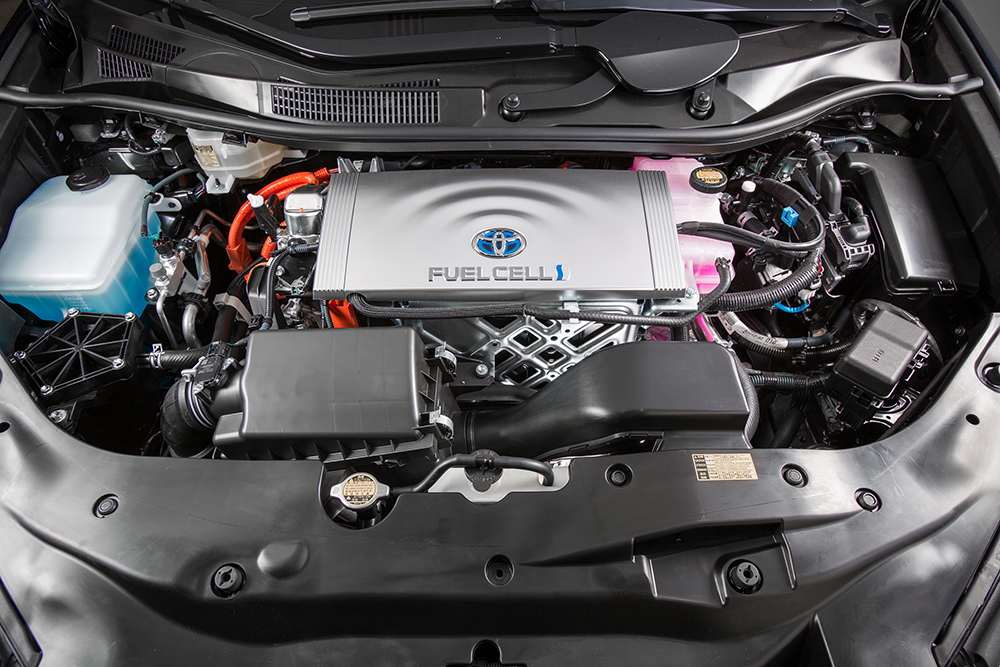 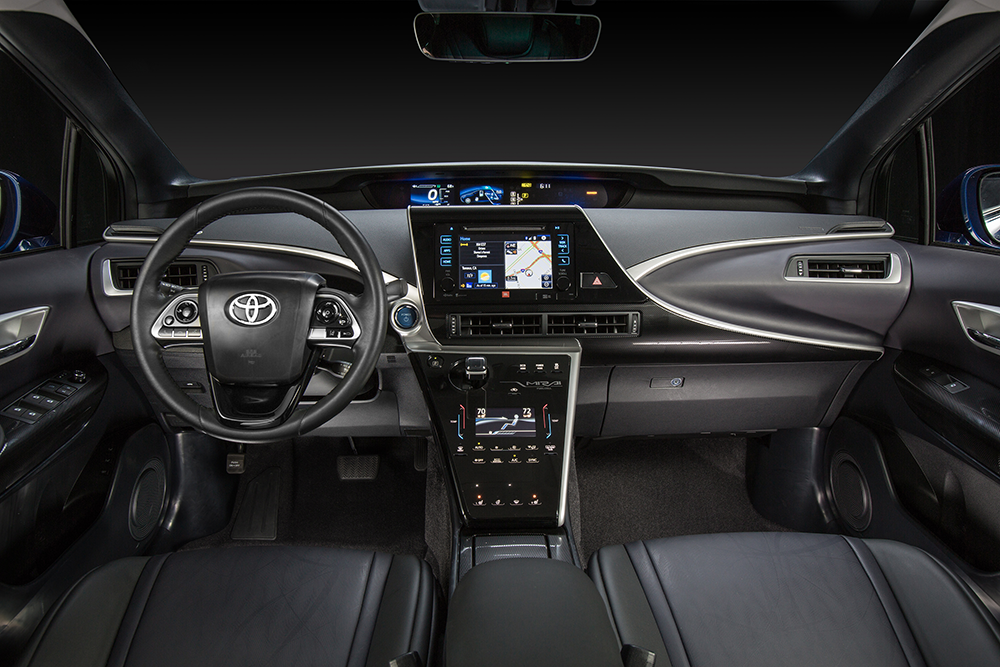 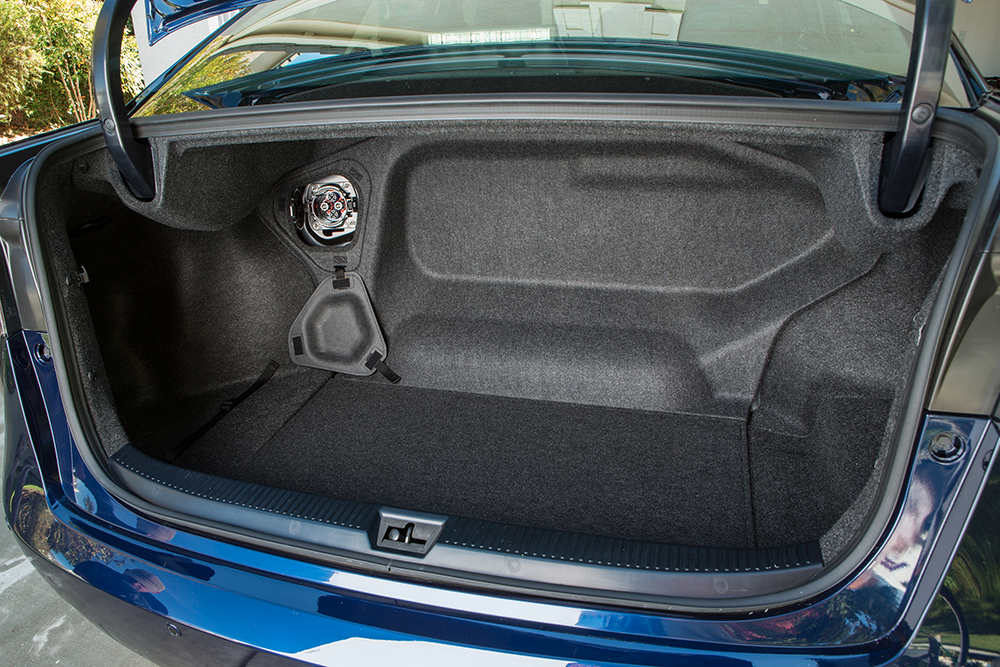 Toyota has in fact doubled down even further on the fuel cell path by teasing us a second-generation Mirai FCEV, a mere four years since the original was launched. Scheduled for launch in 2020, initially in Japan and North America, the next-generation Mirai targets a 30% increase in its driving range through improvements to the fuel cell stack and larger on-board hydrogen tanks.

This confluence of factors seems to have made battery EVs the more compelling immediate solution over fuel cells. Toyota’s resolute commitment to the cause of fuel cells would seem to be flying in the face of common wisdom, but we should also be mindful that this is a company that built its way to the top of the automotive food chain with an impeccable track record in understanding the market’s needs and singularly meeting them. 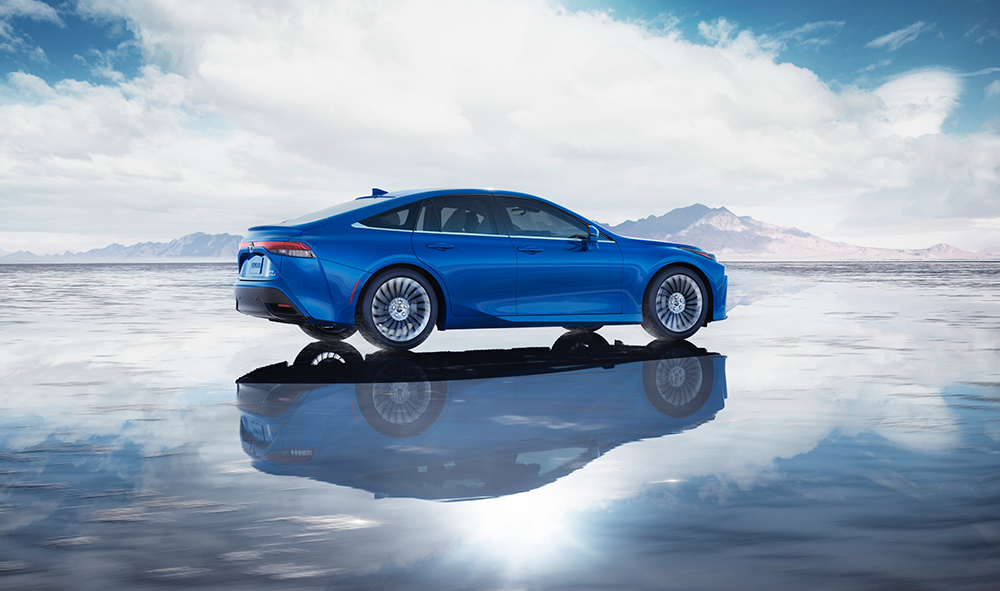 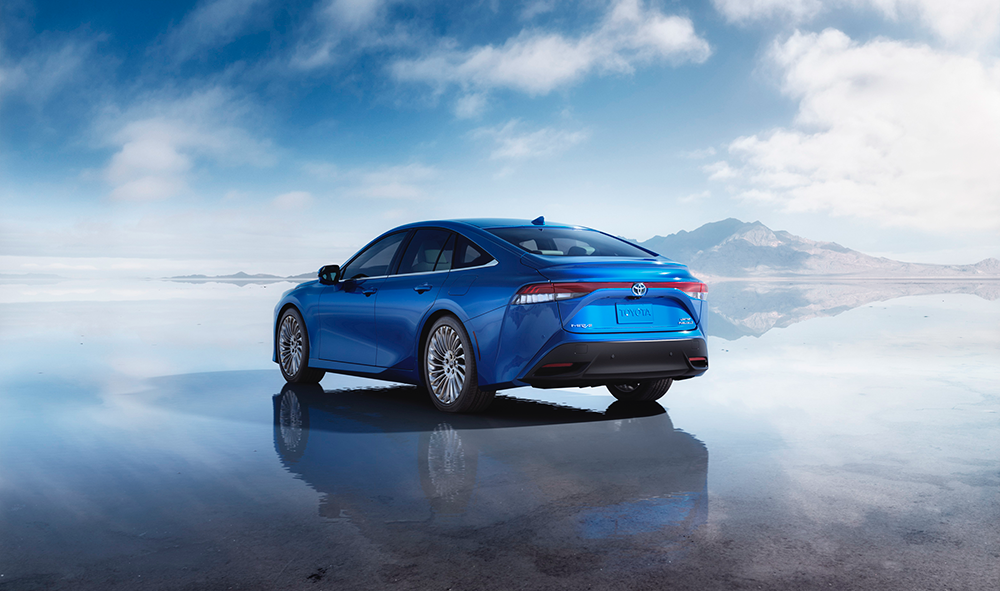