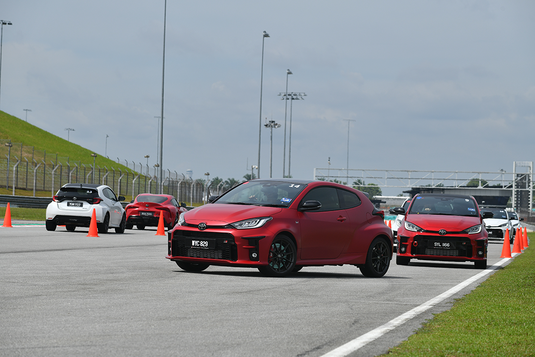 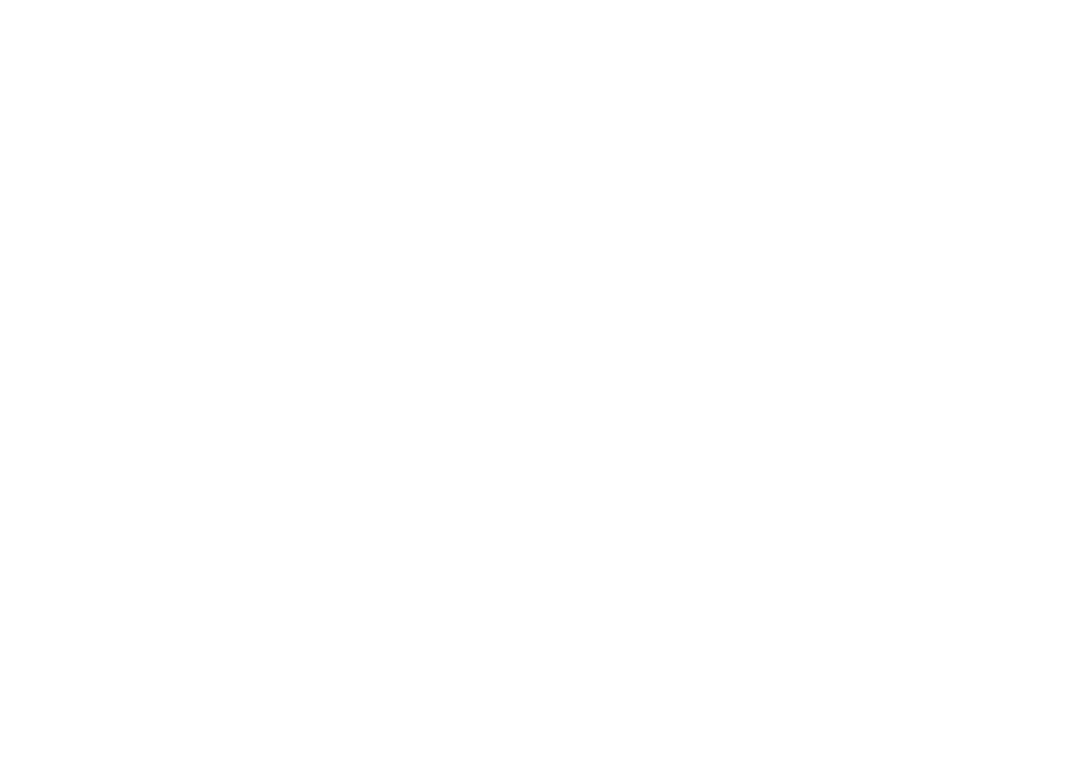 Clear skies, a slight drizzle towards the end of the final race of the day, and wheel to wheel racing laid the foundation for a dramatic end to Race 1 of Season 4’s Vios Challenge Finale which was held at night for the very first time at the Sepang International Circuit.

With the overall season class champions still to be decided, it will all come down to the final and second race tomorrow. There are no clear favourites with no less than five contenders still with a shot of becoming the overall champion in each of the four classes of racing being contested which includes the Super Sporting Class for elite and professional drivers; the Sporting Class for amateur gentlemen racers; the Promotional Class for local celebrities; and the Rookie Class for young drivers.

WHEEL TO WHEEL RACING AND LATE DRAMA IN

The most dramatic action this time round came from the Promotional Class. Shukri Yahaya pushed hard from pole position to lead the race from start to finish, as championship contender Zizan Razak struggled to hang on to second spot after having to face increasing pressure from Khai Bahar and Akio Takeyama.

As Shukri continued to increase his lead at the front from two to as much as five seconds at one point, Zizan traded places with Khai and Takeyama on several occasions, even dropping as far back as fourth position in lap five. Khai eventually dropped out of the fight for second place leaving Zizan and Takeyama dueling for several laps. Takeyama held on second place for five laps before conceding to an aggressive overtaking move by Zizan in lap 11. Khai eventually settled for fourth place, finishing the race a further five seconds behind.

With two laps to finish, the race however, was far from over and Zizan unexpectedly piled on the pressure to stay witin a car’s length of Shukri. The race was Shukri’s to win, but no one expected Zizan to stage a last minute assault as he overtook Shukri three corners from chequered flag to win! That victory however, was short lived when officials penalized the actor for exceeding track limits when overtaking and he was served with a five-second penalty, effectively relegating him back to second place with Takeyama rounding up the top three.

“I did my best to get away from Zizan as the battle behind me took place, but in the later part of the race I began to notice him coming back even stronger. It was a good fight to the finish and it was unfortunate that there was a penalty involved, but that’s racing,” said Shukri.

For Takeyama, who is also Chief Motorsports Officer of TOYOTA GAZOO Racing Malaysia, the night race created elevated the excitement of the Vios Challenge. “From an organizer’s point of view, we welcome any feedback with regards to the organizing of the first night race in the Vios Challenge.

From a driver’s point of view however, I can tell you that the concept of a night race provided better concentration, cooler conditions, exceptional visibility, and it was even more exciting with the absence of disturbance from too much glare as a result of the sunlight,” said Takeyama who added that his performance of the night was also the result of continuous training on a simulator.

A turn one lap tangle between Nabila Razali and Ahirine Ahirudin in the very first lap of the race meanwhile, dropped the two celebrities to the back of the field while Talitha Tan, Janna Nick and Wany Hasrita finished in fifth, sixth and seventh positions respectively.

In the battle of the elite drivers, Telagamas Toyota’s Freddie Ang made the most of pole position to finish the race ahead of Laser Motor Racing’s Mark Darwin in second spot, and Prime Pearl Auto’s Tengku Djan Ley Tengku Mahaleel.

The biggest gainer in the race however, was Tengku Djan who jumped from 10th on the starting grid to finish third. Despite being second quickest in qualifying, Tengku Djan was penalized to starting at the back of the grid due to an incident in the previous round.

“The car was fantastic at night. When we race in the afternoon the high temperatures causes a lot of inconsistencies due to the heat and you find yourself having to manage the tyres and brakes after 10 laps. At night, the car was just perfect and were able to post a lot of fast and more consistent times throughout the race!,” said Ang.

For Tengku Djan, the third place finish puts him back into contention for the overall championship after a disastrous Round 2 where he failed to finish on the podium.

“We had a good car throughout the weekend and I needed to drive a clever race. I have to drive smart for tomorrow’s final race as I am back to 40kg ballast which is a huge disadvantage. It’s a question of trying to make up for all the missed points in Round 2,” said Tengku Djan. 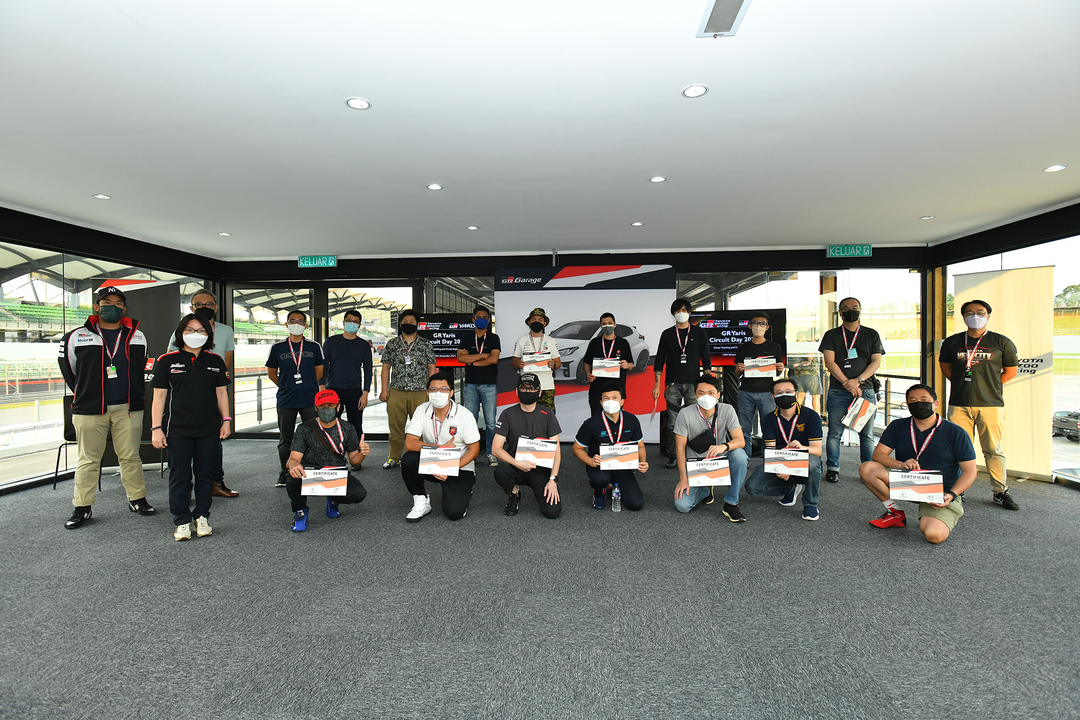 The one-day exclusive GR Yaris Driving Experience was attended by 27 customers who were part of the GR Yaris Early Bird package and gave customers valuable insights into advanced driving techniques on the track and how to fully maximize the potential of the GR Yaris. Upon completion of the one day experience, all participants were presented with a certificate.

Ultimately a World Rally Championship (WRC) car built for the road, the GR Yaris is the only WRC road legal car customers can purchase for non-competition purposes. The vehicles were sold out in Malaysia within days of it being launched in December last year. Breaking convention, and not turning a mass produced vehicle into a competition contender, Toyota had engineered the GR Yaris purely as a purpose-built rally car with its sights firmly set on competing at World Rally Championship (WRC) before refining it into a road-going high performance hot hatch. The GR Yaris is powered by a 1.6-litre engine following the WRC 2 regulations and is the world’s most powerful three-cylinder engine, the ightest and the smallest 1.6-litre turbo charged unit currently in production. 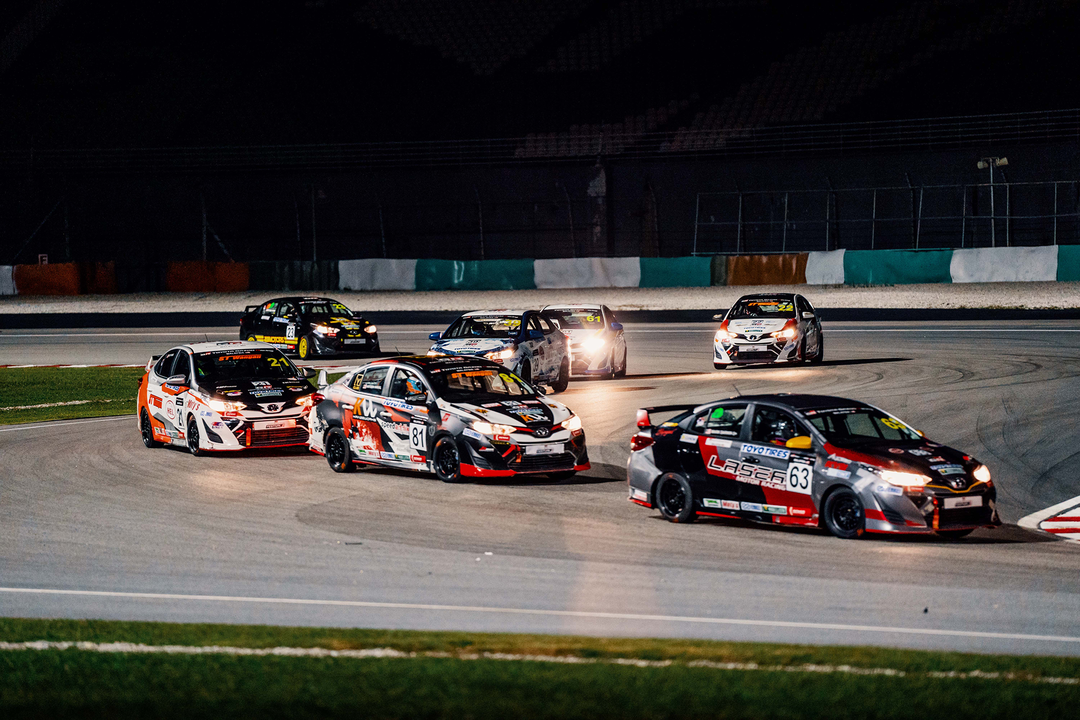 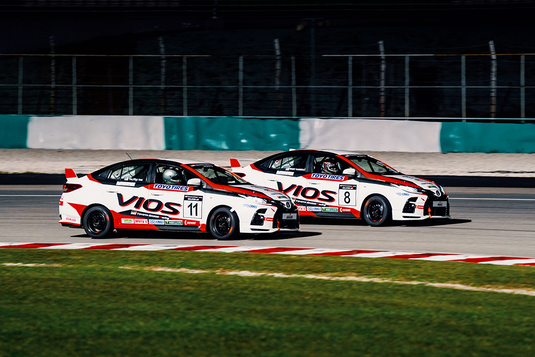 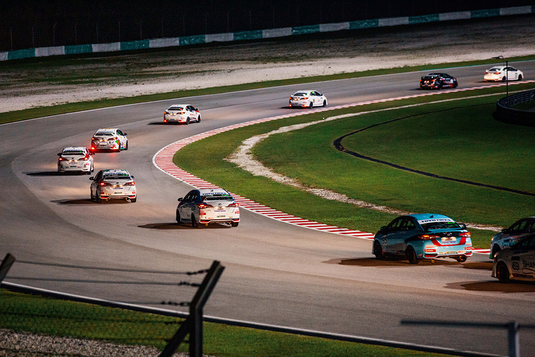 Late night drama also unfolded in the Sporting Class where 23 Motors’ Ady Rahimy who had run away with the race from pole position, finishing 12.3 seconds ahead of Dream Chaser’s Bradley Benedict Anthony and Dannies Ng in third position, was later handed a one-position penalty. That promoted Bradley as race winner and Ady settling for second.

“I want to thank my team for giving me the opportunity to race for them. I’m quite certain that fitness played a big part in tonight’s race, and secondly I did a lot of simulator training to prepare myself for the race. The team also put in tremendous effort to set-up the car but it was unfortunate that the contact resulted in a penalty. We will definitely try for another podium in the final race,” said 22- year-old Ady.

The battle for third however, was an entirely different story with no less than five contenders battling for a podium finish. Mirza Syahmi Mahzan of Aylezo Motorsports held on to third for the first 12 of the 20-lap race but came under tremendous pressure from Clement Yeo. Yeo did eventually overtook him but went wide on the exit of the last corner which saw he losing not only third place but dropping to fifth position. The biggest beneficiary of was Ng who from then on, kept his head down and held off a close challenge from Amirul and Laser Motor Racing’s Shawn Lee who finished fourth and fifth respectively.

“Racing at night is more chilling with lower temperatures and I tend to be a lot more patient and comfortable,” said Ng who started from 12th position to run a calm and collected race into third position.

The biggest casualty of the race however, was championship contender Adam Khalid of Crestmax Motorsports who failed to make the best of starting from fourth on the grid. Locked in the battle for 3rd, 4th and 5th, Adam was involved in an incident in lap six which dropped him to 10th position. A drive through penalty handed out to him later for causing the incident essentially put an end to his race where he finished 16th.

The battle of the young guns saw 14-year-old Putera Adam win the 20-lap race ahead 1.3 seconds ahead of Jwan Hii and championship contender Naquib Azlan.

Driving a calm and composed race, Putera raced ahead of the pack from pole position, followed closely by Hii and Naquib as Mika Hakimi relinquished his position to enter the pit to address a technical issue. That stop dropped him to fifth position behind Amer Harris.

“The conditions were fine tonight, it was drizzling towards the end of the race and everything worked in my favour. Jwan was right behind me to be honest but he had made a slight mistake shifting gears and that that allowed me to stay ahead,” said Putera.

“It’s been a roller coaster season for me. I learnt a lot in the Vios Challenge moving up from karting. Toyota has taught me so much and I’ve gained much more experience throughout this season. I am very grateful for this,” he added. 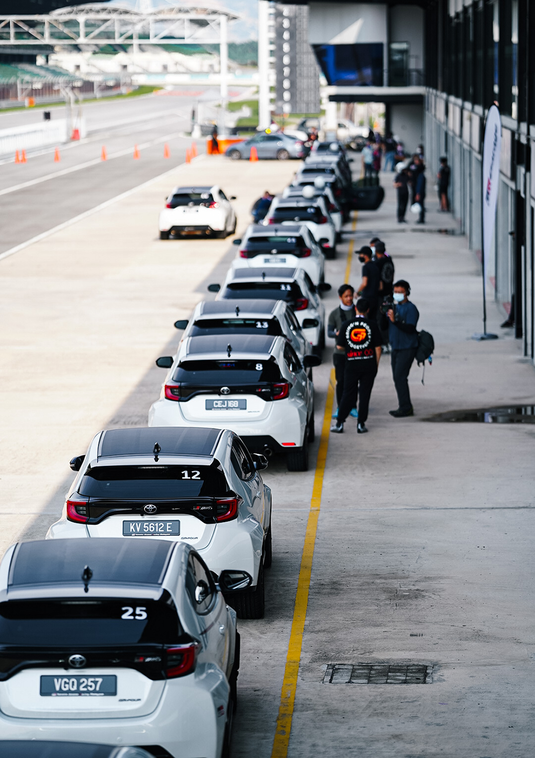 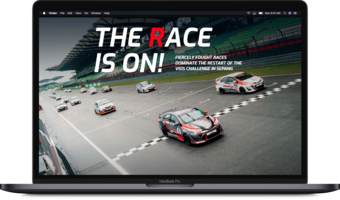