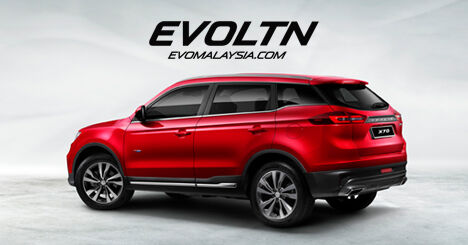 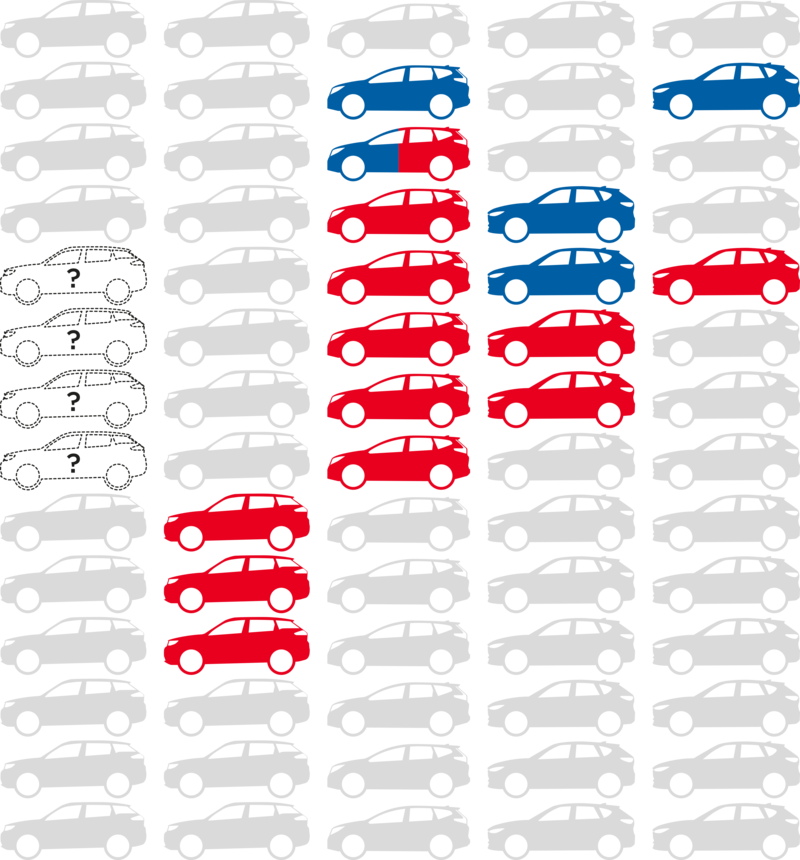 We’ve been here before. A new Proton model is about to be launched and Malaysians are buzzing with excitement. Fortune, as we know, has not been favouring our national car maker for sometime already however, and more recent Proton launches have all been invariably hailed as the brand’s saviour.

Exora. Saga BLM. Persona. Preve. Iriz. Another new Persona. Another new Saga. These were all models that were supposed to turn Proton’s fortunes around and restore the company to the top of the pile.

Well, hasn’t quite worked out that way, has it?

But as they also say, the difference between a winner and a loser is a refusal to give up, so Proton is back at it again. Another new model in the works, this time with Chinese help, and the initial signs are promising.

We’ve been in the business long enough to be cautious in putting overly expectations where Proton is concerned, but a series of well-organized closed-door events held organized by the company showed us the seriousness of Geely’s commitment to its partnership with Proton and there is very good reason for us to be optimistic of the future, starting with the new X70 SUV.

First up, the name – X70 is a breakaway from Proton’s existing practice of giving its cars proper names in favour of a generic alphanumeric designation scheme popularized by the Europeans. The name was apparently chosen from a contest open to members of the public, and X70 was selected amongst a shortlist of five finalists.

Mechanical origins of the X70 are no mystery to us. The vehicle is based on the Geely Boyue, a C-segment SUV that was first introduced in 2016 and facelifted earlier this year. The X70 is going to be based on the updated version so, call it a rebadge if you’d like, but this car is based on the latest model.

Chinese Origins, but Finished with a Malaysian Touch

If one fact of the X70 must be made clear, is that it’s a little more than just a Geely Boyue slapped with a Proton badge. A RHD version of the Boyue was never developed until Proton came into the picture, so there were substantial engineering revisions that were specific to the X70.

In total, Proton and Geely built 77 prototypes of the X70 that were road tested in a variety of conditions in Malaysia and China. Together, these prototypes covered a cumulative 2,000,000km of reliability tests. In short, they were nothing if not thorough.

Most of the actual work was still done in China, but with participation from Proton engineers who were flown over to work with Geely engineers. More importantly, we were told that Proton engineers had a say in the ride and handling setup of the X70 which, given their former tutelage by Lotus, can only be regarded as a good thing.

The Devil is in the Details

Given the short lead time to turn around the Boyue to create the X70, and with much resources already spent on converting the vehicle to RHD and tropicalization, there was little left to work on a major revamp of the Boyue’s design for the X70.

Not that there was a need for a major overhaul to start with. The Boyue’s lines were penned by ex-Volvo man Peter Horbury – a guy who knows his shit when it comes to design.

All of the Boyue’s sheet metal and major hard points were carried over unchanged to the X70, but there was room for Proton’s design team, lead by Azlan Othman, to add in some uniquely Malaysian details – notably weave patterns inspired by traditional wood carvings at the speaker panels and front grille. The effect is subtle, but we’d say the Proton front grille actually looks more handsome than the Geely version.

It is known that Proton is offering four variants of the X70, all powered by the same 181hp 1.8-litre TGDi engine. You get front-wheel drive as standard and, in a model hierarchy that mirrors the Honda CR-V, all-wheel drive is offered as an option for the mid-spec model.

We don’t get why there couldn’t be a fully-loaded all-wheel drive variant, but it’s a strategy that has seemed to work well enough for Honda, so Proton is following suit. Still, for an SUV with the torque of a turbocharged engine, all-wheel drive, despite the added costs, is always a better idea, especially in the wet.

Pricing remains the great significant unknown of this car, and has been the subject of much speculation over the Internet. One widely circulated price list actually tipped the X70 to start at RM86k for the Standard model rising to over RM130k for the Premium variant, which Proton has since denounced as being fake.

In any case, our impression of the car is that RM86k is an unrealistic figure given its quality and equipment. We can’t see the top spec model going anywhere below RM130k, and no car maker leaves such a big price gap between variants of the same model, especially not when it is powered from the same engine anyway.

Additionally, Proton’s pricing also needs to avoid cannibalizing its other existing and upcoming products. An RM86k price tag also leaves very little operating room for Proton to introduce a smaller B-segment SUV at a later date, which recent reports have confirmed as being set to happen in the next 2-3 years.

We believe a starting price of RM99k is possible for the Standard model, but if you’re expecting anything less, well, give it year and head over to Mudah or Carlist. The graph below shows the Boyue’s pricing in China relative to the CX-5 and CR-V, as well as illustrating what we feel is a reasonable pricing range for the X70.

What We Currently Know

Proton has been teasing details of the X70 for a good few months now and whilst there remain significant gaps in the public’s knowledge of the car, important pieces of the puzzle have already been furnished. Where features are concerned, this car gives you the works.

And it’s not just the features that are being packed in, it’s the quality which the car is put together. The pre-production units which we had the opportunity to view in Proton’s closed-door preview exhibit a high level of fit and finish that, together with an appealing choice of materials, present to us a cabin that would pass easily pass the segment’s scrutiny.

You’d still find a CR-V’s cabin to be more practical, but the X70 manages to feel more special inside. In terms of build quality, it easily matches up to the CX-5.

Proton’s first new model with Geely has Malaysians buzzing again. Can the X70 be the embattled car maker’s catalyst to reclaim lost glories?

Lessons learned from the Honda Accord-based Perdana may suggest that not many Malaysians are disposed to spend in excess of RM100k for a Proton regardless of its origin and merits.

Then again, that may not be an accurate yardstick of the X70’s prospects – the Perdana is based on an aging platform selling in the rapidly shrinking D-segment. The X70, on the other hand, boasts cutting edge tech entering a market segment that remains firmly on a path of growth.

Without driving it, our initial impressions of the X70 are thus far positive. It is a product of great merit, one which we feel would comfortably go toe-to-toe with the competition on a level playing field. It’s still a long road ahead for Proton, but for a company seeking to rebuild its fortunes, the X70 is as good a shot as it gets.

Although the X70 will eventually be assembled in Tanjung Malim, much of its hardware will still be China-sourced. The vehicle will thus be low on local content and won’t enjoy as much tax breaks as other locally-assembled cars.

Proton didn’t just slap its badge on the Boyue. Work was done to convert the vehicle’s platform to RHD and testings were carried out on the reworked design. Some components are therefore unique to the X70, all these engineering variations add up cost to the final product.

Even if the X70 can be produced at a lower cost. Geely would naturally have make a small mark-up on the sell-on price to Proton for their own profit.

The X70 boasts class-leading safety kit with AEB, ACC, LDW, and the works. Impressive, but these hardware don’t come cheap either.

Where past Proton models can easily be caught stinging on cost, the X70 seems to be built on a different mindset altogether. Obvious opportunities for cost-cutting were snubbed, in favour classy materials and fancy details. Fit and finish is excellent too; easily troubles class rivals.

It is no secret that China has the capability to make very good products at very competitive prices.

Geely sells more units of the Boyue than Proton’s entire production volume. Suffice to say, the X70 is leveraging off economies of scale that Proton has never seen before.

Proton is now in a position to regain its former glories, and no better way to do so than to price its cars more keenly against the competition whilst offering better value. Can’t go wrong with that.

The Boyue’s cheaper than rivals in China.

Like-for-like, the Boyue is cheaper than segment rivals in its home turf. It’s not the kind of difference that Malaysian consumers will be expecting, but it should be safe to expect something cheaper than a CX-5 or CR-V.

A major selling advantage of the X70 is that it is bringing premium segment infotainment technology to the masses, and it is not just limited to the top spec model. As standard, all variants will come with an 8-inch high-res colour touchscreen at which you can bark voice commands.

And it’s not like the many existing voice commands out there that require to adjust to mat salleh speech patterns. You can talk to the X70 in Malaysian English, and it even understands open-ended questions. Tell the X70 you’re hungry, it’ll whip out a list of restaurants in your vicinity. Feeling cold? AC will self-raise its temperature.

This. We repeat. Is standard. Across. The. Board.

These aren’t groundbreaking features this day and age, but they are not necessarily common at the price, and by adding them into its already formidable arsenal, the X70 builds an ever more convincing case as an excellent premium value proposition.

Proton officially calls this an Integrated Cockpit Infotainment System, which mysteriously shortens to GKUI. Quite how this acronym popped up, that’s anyone’s guess. Regardless, this feature alone elevates the X70’s value proposition beyond the masses and well into premium territory.

Oh, and did we mention its 360-degree camera system? Not only do you get the standard birds-eye view – the resolution is clear and well-stitched, by the way – you also get to manipulate your POV to simulate a walkaround style image. Look up Youtube and see how they do it in the BMW 7 Series. The X70 does the same, albeit with slightly less smooth execution. 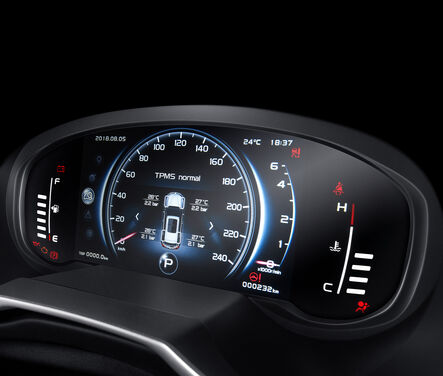 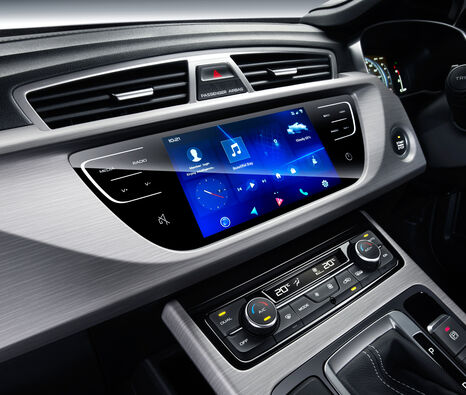 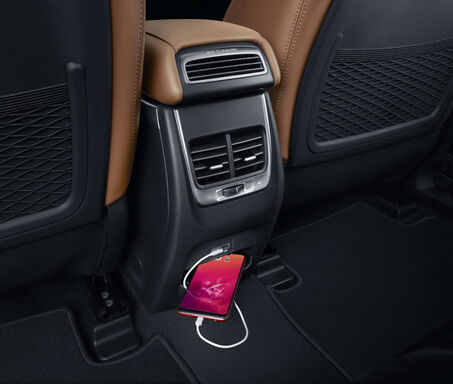 The X70’s infotainment will also come with a built-in e-SIM, and Proton will sell the car with a data plan to give you on-the-go connectivity. This allows the X70 to function as a moving hotspot and, more importantly, enables live over-the-air updates from the manufacturer.

So, early adopters need not worry about missing out on software patches that will be introduced later on. Proton will update you on the fly, and they’ll do it for free. For life.