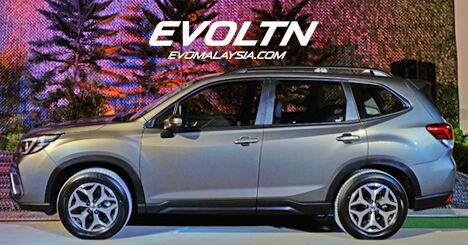 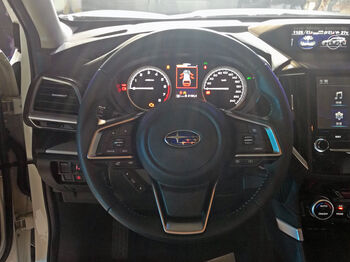 Coming from a 5-day journey of being on the road driving cross borders from Malaysia to Thailand and 2976km later… I find myself in a plane to Taiwan for the new Subaru Forester Launch early next morning.

Having sat in a two-seater cabriolet for 5 days on the road with the top down, it felt a tad bit off to suddenly have people crowded all around me in a closed environment up in the air with the worst part - a roof over my head. Ironically, getting my head out from the clouds and back into the moment, the curiosity of the new Forester began to linger. Sadly, not long after, that curiosity began to drift away as I drifted away to slumberland.

Fast forward and I’m anxiously waiting for the new ride in a huge hall with cold lighting. Subaru being the most eccentric car brand during launches, rolled out what deemed to be the new fifth-generation of Subaru Forester with not only models in them but singers as well. Yes, the media enjoyed what seemed to be a mini concert.

Taking a closer look at the new Forester, the exterior looked more like a facelift version rather than a new generation model. A couple more prominent lines at the bonnet, chrome finishes at the door handles and side mirrors, new set of rims and the most obvious – the rear taillights. Interesting fact, the rear taillights were designed that way to represent a boxer engine. So… Can we expect all future Subarus from here on out to look like that?

W‍‍‍ith only so few differences to the exterior... Would the same be applicable to the drive as to only having minor differences as compared to the previous generation? But then again, Subarus were never known for their design but for their mechanicals – engines to be precise. Even so, the previous generation Forester was a good-looking chap. Clean, smart, not too much going on but stable – just enough and reliable. Nothing to worry about if you allow your daughter out with this lad. Yes, I’ve just labelled the Subaru Forester as a gentleman.

This new and improved lad has now toned itself up to be wider by 20mm and longer by 15mm. Unfortunately, due to its toned built, it has also shrunk 5mm shorter in height. Nonetheless, the lad cleaned up pretty well. The interior of the new Forester looked like a major upgrade from its predecessor now giving the driver and passengers a sense of stylishness with a hint of modernized design. Enjoying the black interior with slight touches of chrome and an 8-inch infotainment system, the interior now feels chic but not too bold. On the other hand, bearing just 154hp and 192Nm with no variant of a turbocharged Forester or the Forester XT, it is questionable whether this new Forester has enough power for its newly toned self. However, would the new Subaru Global Platform make up for it?

We finally get a go at the new Forester on a go-kart track. Yeap, took me awhile to wrap my head around it too but it’s true! “On track? On track!” First ever track day with an SUV. Really gotta give it up to Subaru for being ballsy. I think to myself “Really? Track day on an SUV? How would it take corners…” And as I held on to that thought… I completely fell in love with the new Subaru Forester.

‍‍‍‍‍‍Just as how the 80cc go-kart feels like when you accelerate, the Forester doesn’t feel any much different. What’s more of an annoyance would be the CVT gearbox which by the way is a 7-speed with manual capabilities. According to Subaru, the 7-speed is the best ratio match for the driver to feel the power of the car. I certainly hope this to be true as what I felt with my little time I had with it on track was lacking of power. Being just a little heavier than its predecessor with not many changes to the horsepower and torque, I really wished it had come with more power. And this is coming from a driver that owns a Miata.

Despite looking like it just started going to the gym regularly, the drive was very much on the contrary. Taking it on track was the highlight of the trip. Slaloming through cones was a piece of cake as the steering was direct and the changing of direction did not feel abrupt as the body roll felt non-existent. Of course, it could be due to the excitement but the centre of gravity definitely f‍‍‍elt lower hence less lateral G forces and thus less body roll. #justified. It really is amazing how an SUV felt similar to a go-kart just that it has a very tall shell on it.

Taking a corner at about 80km/h(or more), the Forester gave the feeling of nothing else but complete trust. With Subaru’s iconic symmetrical all-wheel drive in place, the distribution of power delivery to each individual wheel contributes to the stability of the car allowing drivers to feel in total control giving passengers the sense of safety and security. Tried my level best to upset the car by throwing it around but it was a no go, the car barely hiccupped. What sorcery is this Subaru.

After a fun filled time at the track, it was time to test its off-road capabilities. Going through uneven roads, the new Subaru Global Platform really outdid itself once ‍‍‍again. Two opposing wheels hanging at a height being unable to reach the ground and still the chassis did not flex left me in awe. Suddenly, at the turn of a button, the new Forester is now in X-MODE function which allows the driver to travel through different types of off-roading terrain at an ease. Imagine, going downhill low speeds at the turn of a knob and not even needing to control the brake. The new Forester is certainly taking the meaning of pampering one level higher.

Seeing as there are already so many SUVs on the road, how would the new Forester have a competitive edge against the current SUVs in the market especially when it is coming to Malaysia only in Q2 2019. On the other hand, the new Forester made me believe in boxer engines and I kinda want one in my Miata now. Just goes to show to never judge a book by its cover. Now I’m thinking whether I could coax Bobby into tweaking the qualifying cars of Evo Enduro 2019 just so I could get more subbies to join… The Forester in particular.

What a great car it would be if it just had more power… Unfortunately, it doesn’t. Since we are on the subject of a series of unfortunate events, it was unfortunate that a few of us did not get a chance to test out the Eyesight Feature due to unforeseen circumstances so it wouldn’t be fair for us to judge. Be that as it may, Eyesight being a new feature in the Forester is an advanced driver assist technology that includes automatic pre-collision braking, pre-collision throttle management, adaptive cruise control, lead vehicle start alert, lane departure and lane sway warning. These features will be available on 2 out of the 4 variants that will be coming into Malaysia. Four variants being the Subaru Forester 2.0 i-S with and without Eyesight along with Subaru Forester 2.0 i-L with and without Eyesight. The Forester however would be the second Subaru model to bring it Eyesight after the Outback. 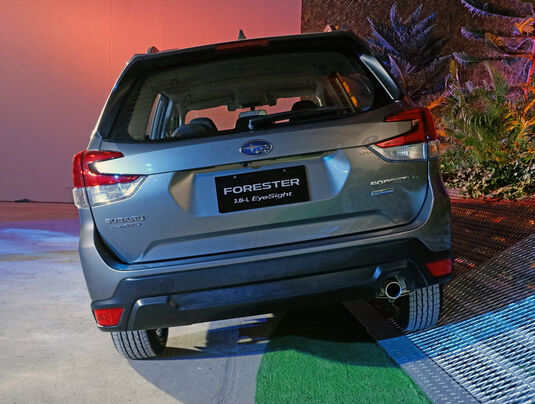 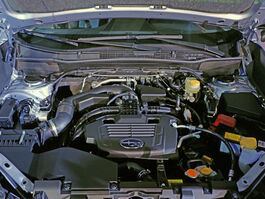 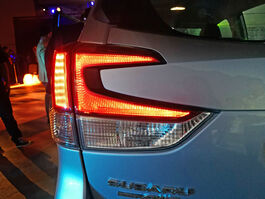 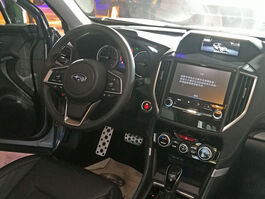 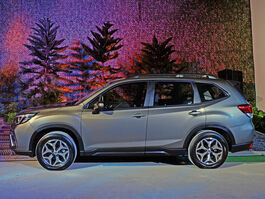 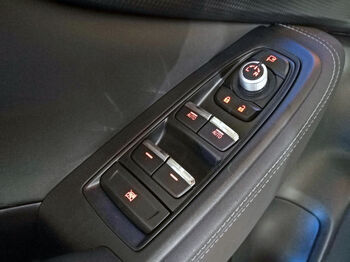 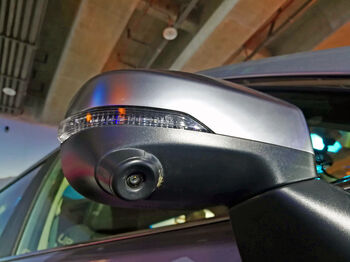 Get past the looks, and you'll discover a forest of‍‍‍ beauty.

Get past the looks, and you'll discover a forest of beauty.