Saving lives has always been an integral component of Volvo Cars’ DNA. Since the 1970s, Volvo engineers have meticulously combed through the aftermath of thousands upon thousands of real-world car accidents and used the data to inform their next generation of vehicle development. Every manufacturer out there claims to make safe cars, but Volvo is the only one that does the homework and goes the extra mile beyond aiming for just the five stars.

Going further, saving lives to Volvo is more than just engineering safe cars, but also safeguarding the environment. Both are seen as mutually complementary objectives, it’s just that one has been given greater attention over the other. Because at the same time that Volvo began sending their safety engineers out onto the road, the powertrain team were working to integrate a new innovation called the lambda sond oxygen sensor, which has become an integral component in the emissions control system of every modern petrol-powered car today.

Zero casualties was the target in 2020, but Volvo Cars are now aiming bigger; the next target is zero emissions and zero collisions.

The Future is Looking

Moving forward, Volvo is planning to eliminate emissions from its cars entirely, committing to fully phase out all combustion-powered models in 2030, transitioning to become a full EV brand by then; and that change is well underway. The current model range is already well-stocked with plug-in hybrid offerings, and Volvo is set to further ramp up electrification with fully electric-powered replacement model of the XC90 ready for roll out as early as 2022.

Without needing to expend effort to finetune mechanically complex combustion engines for their future models, Volvo now has the freedom to focus resources to bring production and development of its motor, batteries, and software with in-house manpower instead of sourcing them from third parties, much like how most car makers insist on building their own engines despite sourcing almost every other component from vendors.

Addressing the two biggest questions of electric vehicle usage, Volvo is focusing on increasing the energy density of its batteries, with the resultant net effect being longer cruising range and shorter recharge times. The aim is to achieve a real world range of 1,000km whilst at the same time cutting recharge time by half. Even further forward, future generations of Volvo EVs will have the battery mounting integrated into the vehicle floorpan, thereby reducing weight and increasing the stiffness of the chassis.

Although not explicitly stated as such, there is every reason to believe that the Concept Recharge will indeed preview the replacement model of the XC90, which may not carry the familiar name. Volvo’s official communications consistently say ‘successor’ or ‘replacement’ of the XC90 as opposed to saying the ‘next generation’, implying that a name change is at the very least being considered if not outright set in stone already.

Just like how the current XC90 ushered in the current generation of SPA platform Volvo Cars, its replacement will similarly usher in the next generation fully electric models that will be underpinned by a dedicated EV-only platform, built without the need to accommodate a bulky internal combustion engine and its associated drivetrain. 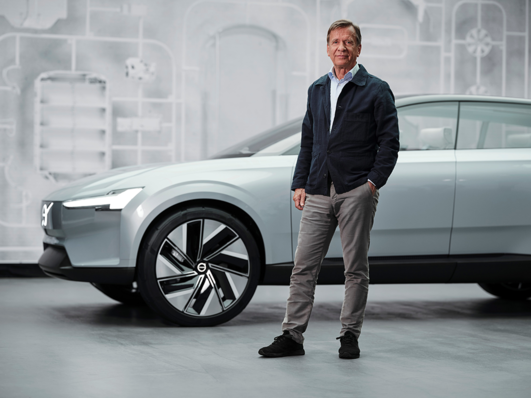 “This is an exciting time in our development and we will deliver on growing customer demand for pure electric cars that offer seamless connectivity, industry-leading safety standards and advanced autonomous drive.”

The immediacy of Volvo’s timeline has further implications; the current range of models will all be the last of their kind. When time’s up for them, they’ll be replaced by electric-powered models. So, buy them now while you still can.

The new model, which is being previewed in concept form as the Concept Recharge, will be the first in a new generation of Volvo Car models developed from the ground up underpinned by a dedicated EV platform unencumbered by the traditional compromises required of a combustion engine-powered model. 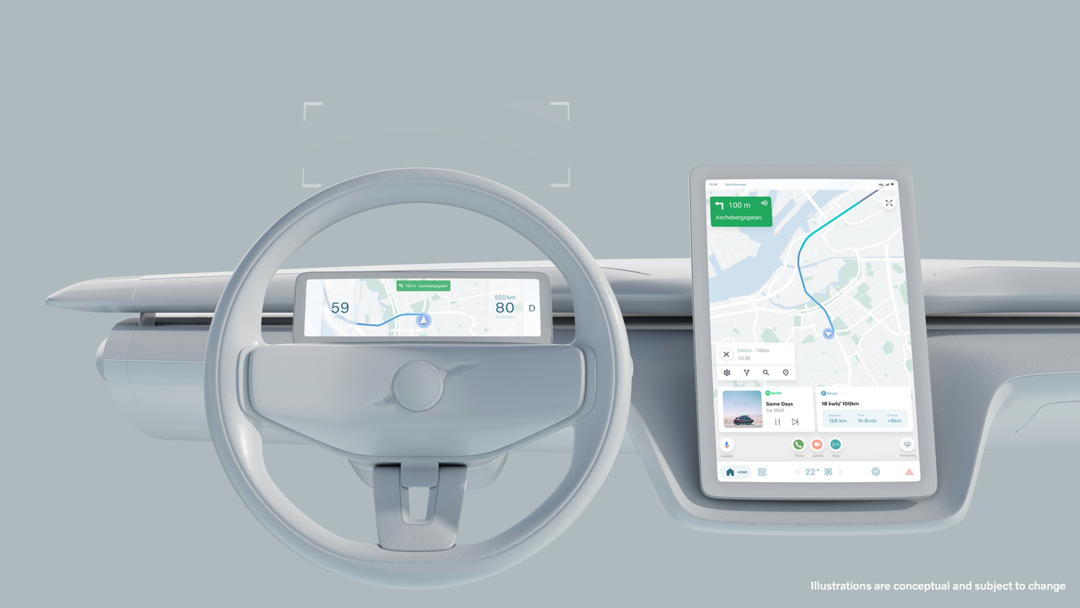 The Concept Recharge’s cabin previews Volvo’s next-generation infotainment system being co-developed with Google. It’s an entirely new software architecture, but its UI carries on the brand’s current interface philosophy, a portrait screen dominating the centre stack and functions accessible by one touch rather than having to dive through layers upon layers of menus. 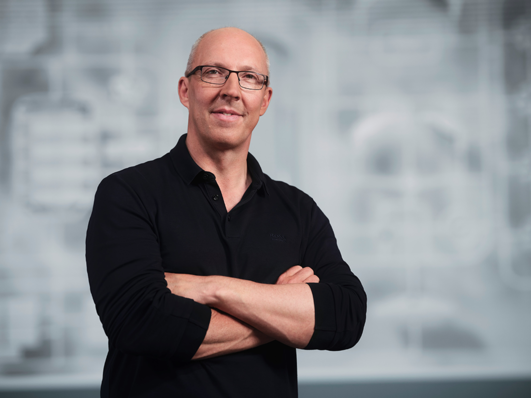 “Our Concept Recharge represents a manifesto for the all-electric future of Volvo Cars, as well as a new type of vehicle. It displays new and modern proportions that go hand-in-hand with increased versatility and shows what technology can enable in terms of design.” 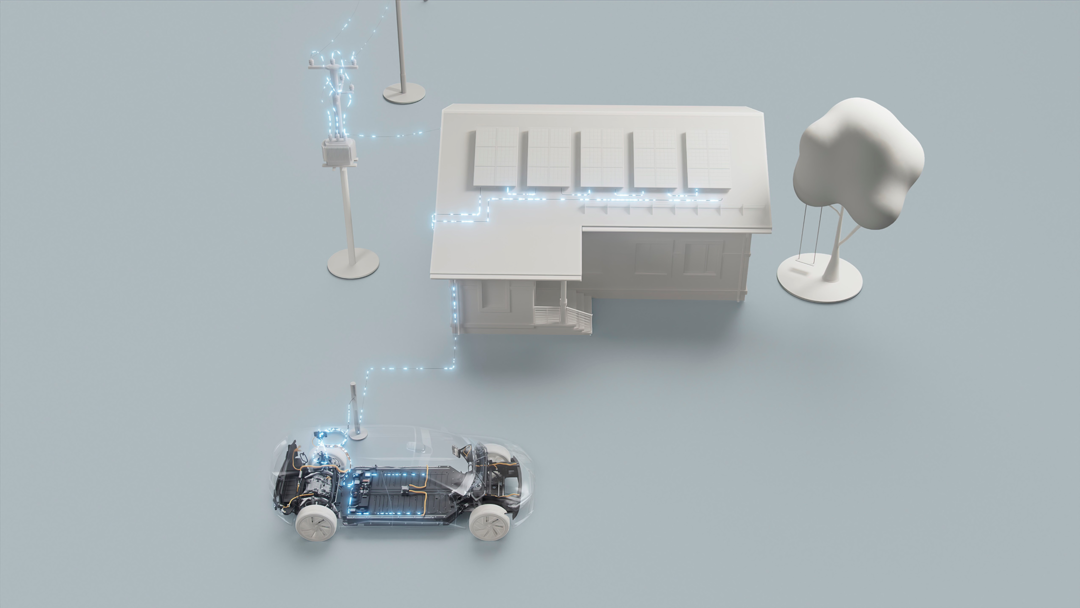 In countries where electricity tariffs vary according to time of day, future Volvos can be set to recharge only during times when charges are low, and even return extra power to the grid when charges are high. 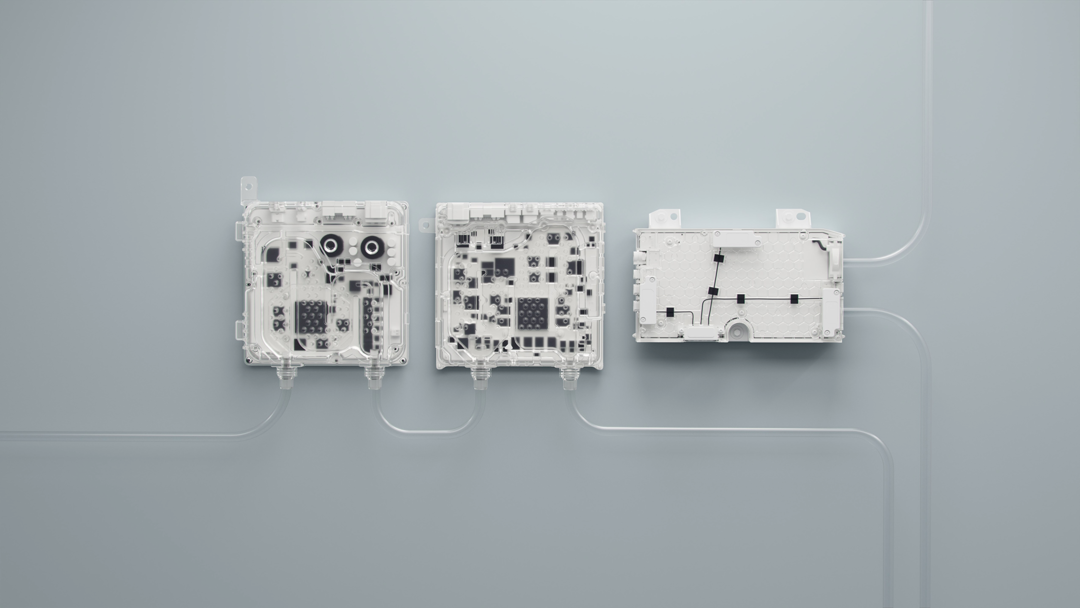 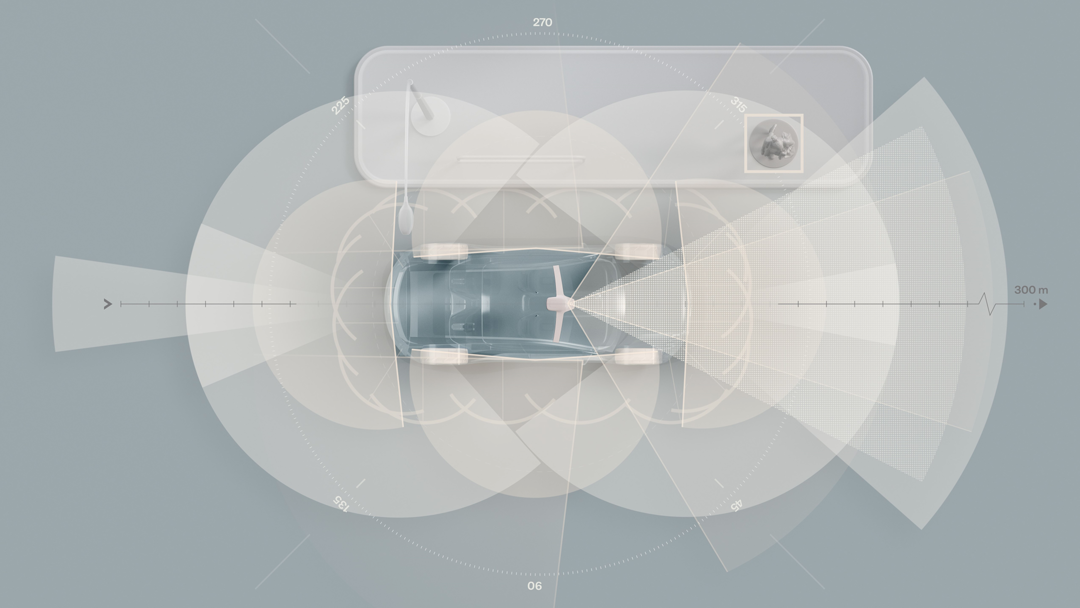 Not forgetting its most famous selling point, Volvo is upping its pledge from eliminating casualties in its cars by 2020 to eliminating collisions altogether. Debuting in the next wave of models will be a new generation autonomous driving package with a new AI computer developed in collaboration with famed graphics card-developer Nvidia. The new architecture will enable Volvo to offer greater degrees of autonomous assistance to drivers – forget taking your hands off the wheel, feel free to take a nap! 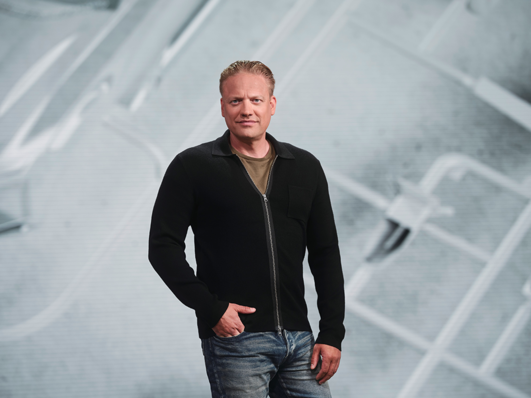 “In our ambition to deliver ever safer cars, our long-term aim is to achieve zero collisions and avoid crashes altogether. As we improve our safety technology continuously through updates over the air, we expect collisions to become increasingly rare and hope to save more lives.”

Acting as the eyes and ears of the new generation system will be a network of LiDAR sensors – which is basically like radar, but uses lasers instead of radio waves to detect surrounding objects and measure their relative distance to the vehicle.

Taking things to the ultimate level, Volvo is inviting its customers onboard to join in their efforts of continuous improvement in their safety systems. Users will have the option of enable real-life sharing of daily driving telemetry direct to Volvo’s data cloud. This data can then be used to fine-tune the calibration of the car’s autonomous driving software and be sent back to the user’s vehicle via continuous over-the-air updates, meaning your Volvo gets increasingly safer as the years progress.

As a result, the Concept Recharge’s proportions would seem at first glance out of alignment with our expectations of large premium SUVs. In this new EV platform, the battery pack, which is the bulkiest item of the car, is spread fully under its flat floor, allowing the designers to push the wheels all the way to the corners of the vehicle, thereby freeing up generous amounts of interior space – occupants get to enjoy not only a flat floor, but the entire area between the front seats now offers a large storage area as well.

Furthermore, designers were able to reposition the seats, optimise the roof profile and lower the hood of the car while retaining the high eye point beloved by drivers of cars like the Volvo XC40, XC60 and XC90. This approach creates efficiency gains in aerodynamics compared to a typical SUV, which improves range. 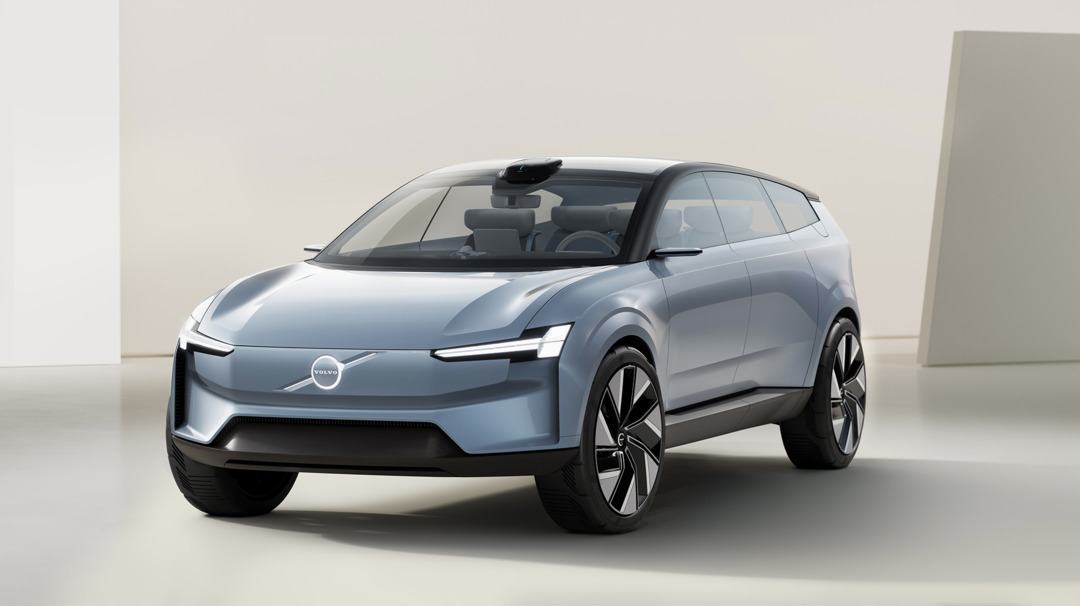 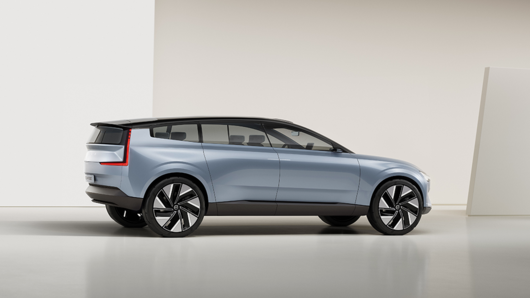 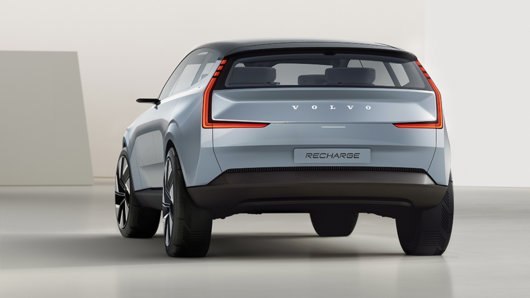 Externally, the front end introduces the next generation Volvo design language. To our eyes, it looks a logical re-interpretation of the brand’s present design philosophy transitioning from combustion engines to all-electric power.  The traditional grille – no longer necessary – has been replaced with a shield-like structure with an illuminating Volvo iron mark in the middle.

The trademark Thor’s Hammer DRLs remain, but with added sophistication – they open up like eyelids to reveal the main beams when switched on. At the back are signature vertical tail lamps that will connect the future back to the past to all of Volvo's proud heritage of great wagons and SUVs. 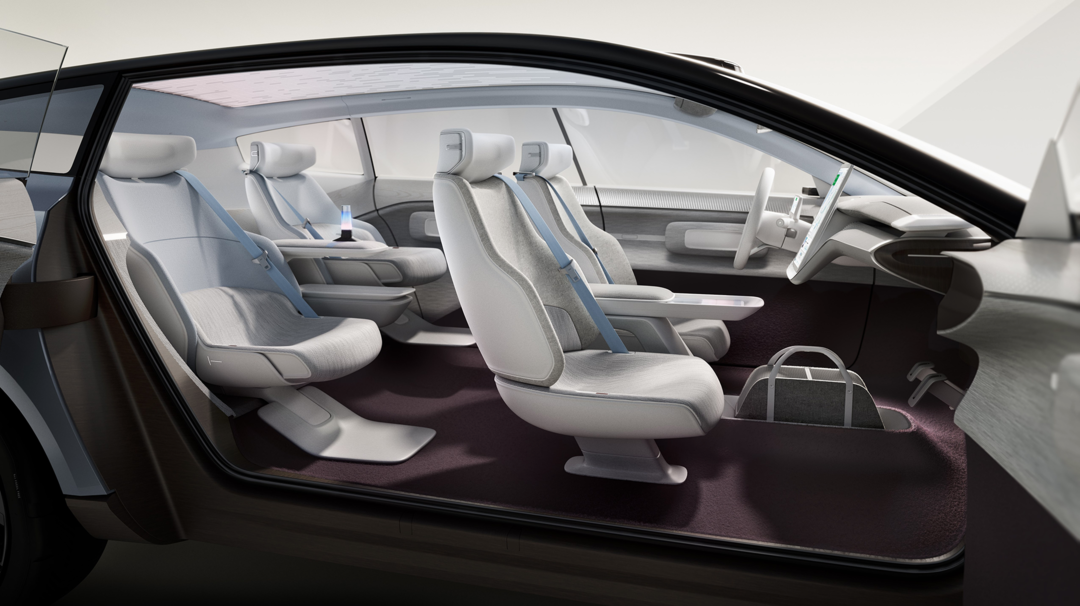 “With the Concept Recharge we continue the rich roots of Volvo's design DNA in a modern and fresh way as we move into our all-electric future.”

How will the Concept Recharge translate into actual production? Pretty close in the opinion of Malaysia's automotive render master Theophilus Chin, who furnished us with these two images of how he imagines the XC90 successor will look like in the showrooms.

Whilst it's all but certain that the suicide doors will go, Theophilus expects much of the proportions and design cues shown by the concept would remain, even its unusually low stance (for an SUV). He has kept the thin glasshouse largely intact, adding in only conventional pillars and chrome surround trim to frame them.

Reasoning how the Polestar 1, Polestar 2, and Volvo XC40 were all highly faithful to concepts that preceded them, Theophilus felt confident that the Concept Recharge will follow a similar pattern in its transition to production.

Watch the process of how Theophilus rendered the Concept Recharge to production in the video below: